Educational Overwatch Twitch streamer Nathan ‘KarQ’ Chan showed off the power of Moira’s fade jump tech to secure a frag onto a Widowmaker in the heat of battle.

While many players, including pros like Samito, believe Moira’s kit is incredibly straightforward and easy to master with the healing and damage dealing, the hero has a very unique tech that allows her to reach higher ground in the blink of an eye.

KarQ showed off just how much value you can get by using this tech during a live stream. While defending on Volskaya Industries, the Toronto-based streamer spotted a Widowmaker giving his team trouble.

Figuring he’d take the matter into his own hands, the support main performed a fade jump tech to quickly get to the high ground where he damage orbed and used his primary grasp attack on the pesky sniper to take her out of the fight.

“Poggers. Made use of the fade jump,” the Team Canada community lead happily said.

How can you do a fade jump?

By jumping during the fade animation when Moira comes into contact with an object at shoulder height or lower (including enemies), you can propel yourself to areas that would otherwise be hard to get to.

Or, if you’re feeling very adventurous, you can use the vertical leap to battle a Pharah or air-born Mercy for a short while.

Chan actually took it upon himself to create a guide detailing numerous fade jump locations on multiple maps. While the guide is from 2017 and more maps have since been released, the execution remains the same. Let your imagination run wild. There’s countless possibilities.

As you can see in the video, it’s possible to fade jump backward too. This means that she can access some areas quicker than most if not all other heroes in the game. 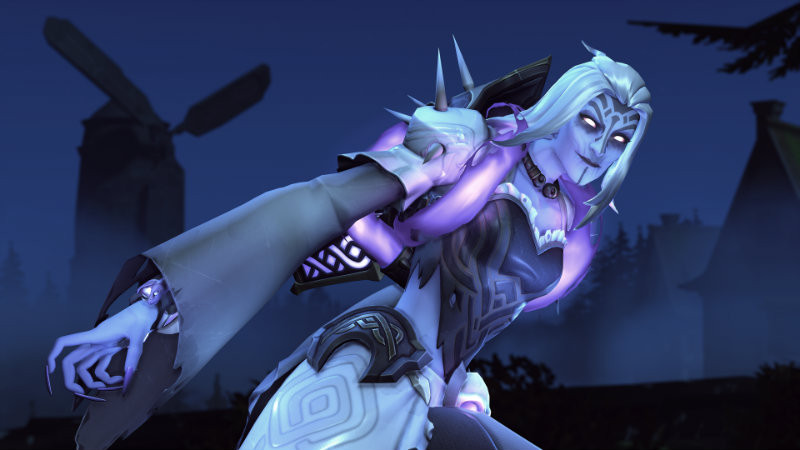 A Moira in your backline can be a scary threat.
[ad name=”article5″]

Making good use of this ability can result in heightening your survivability and enhancing your lethality to gain more SR.

It may take some getting used to, but as you can see in the video, it’s definitely worth adding to your repertoire.