Popular Overwatch streamer Fareeha has issued an apology after she landed herself in hot water with comments that she made about South American players on stream.

“I’m genuinely sorry,” Fareeha Andersen states at the beginning of a lengthy TwitLonger statement relating to the controversy surrounding her outburst during an Overwatch stream. “I fucked up. Here’s how…”

Fareeha, a popular streamer on Twitch, had been playing with and against South Americans during her February 7 stream when things got a little out of hand and unsavory comments started flying in both directions. 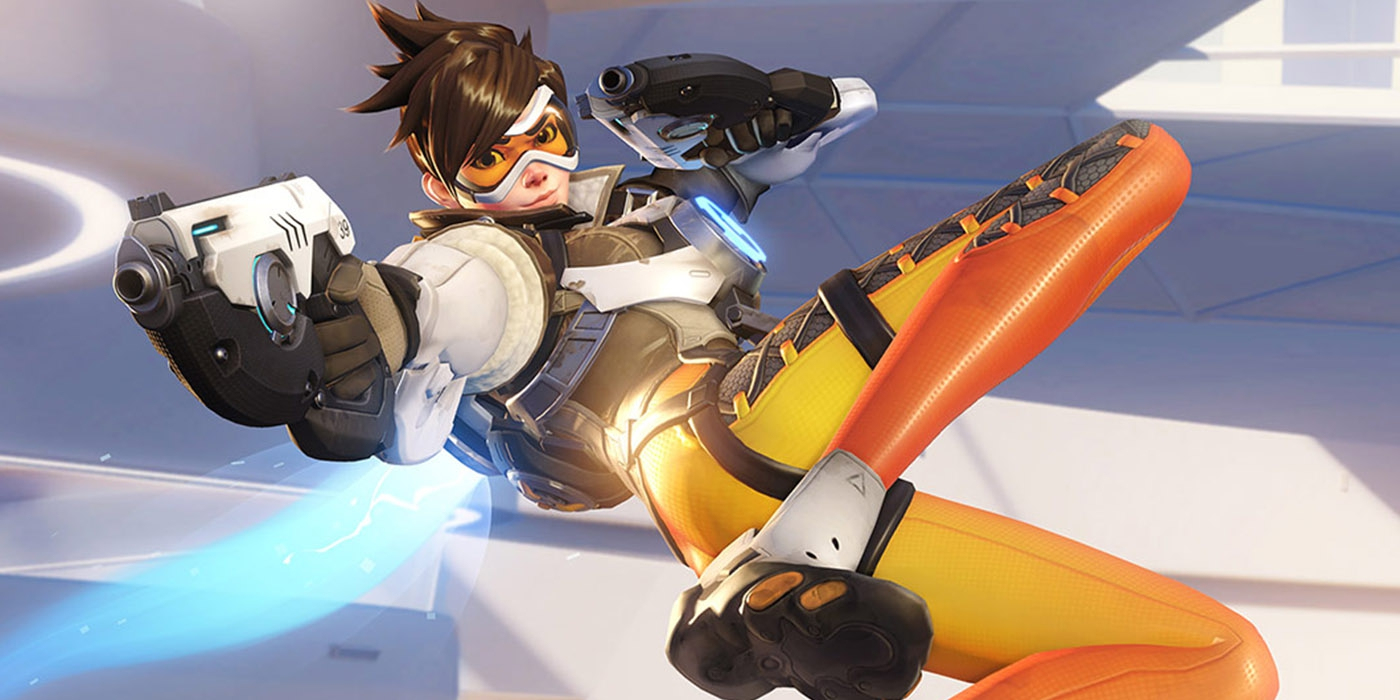 However, as the trash talking began to ramp up, the streamer’s comments about South American players clearly struck a nerve with some viewers and fellow players.

The clip immediately went viral, prompting multiple Reddit threads to be created about the situation, some of which were updated with any further comments made by Fareeha during the stream despite the VOD being deleted.

Ok so, apparently this girl just deleted her clips talking shit about my region, so here we go. @FareehaAndersen nice to meet u :yes: pic.twitter.com/PodvDTKQ84

“You guys have no fucking lives, get the fuck out of my channel,” she stated when some members of her chat began to turn on her. “Get the fuck out – don’t need you here. That just proves my point, like, that’s so fucking pathetic. They are shit though, not gonna lie, they are shit. You put a six stack from NA against a six stick from South America and you see what happens.”

She seemed unfazed by the response of angry viewers, stating: “You guys can shit talk me all you want, but I’m the one who gets to play video games for a living. Nothing you say to me can hurt me.”

One of those angry members of Twitch chat has uploaded part of the VOD to YouTube, calling Fareeha a ‘racist’. Fareeha has also shared the entire VOD in an attempt to show the incident from start to finish:

After the incident, Fareeha took to Twitter to apologize for her actions: “Regarding my remarks about the South American and European regions on stream, I apologize for my words and the offense they may have caused. My comments were meant for entertainment, but clearly missed the mark. I will strive to think more critically about my words in the future.”

However, the tweet was deleted a short time after as Fareeha received more backlash for the ‘entertainment’ statement. 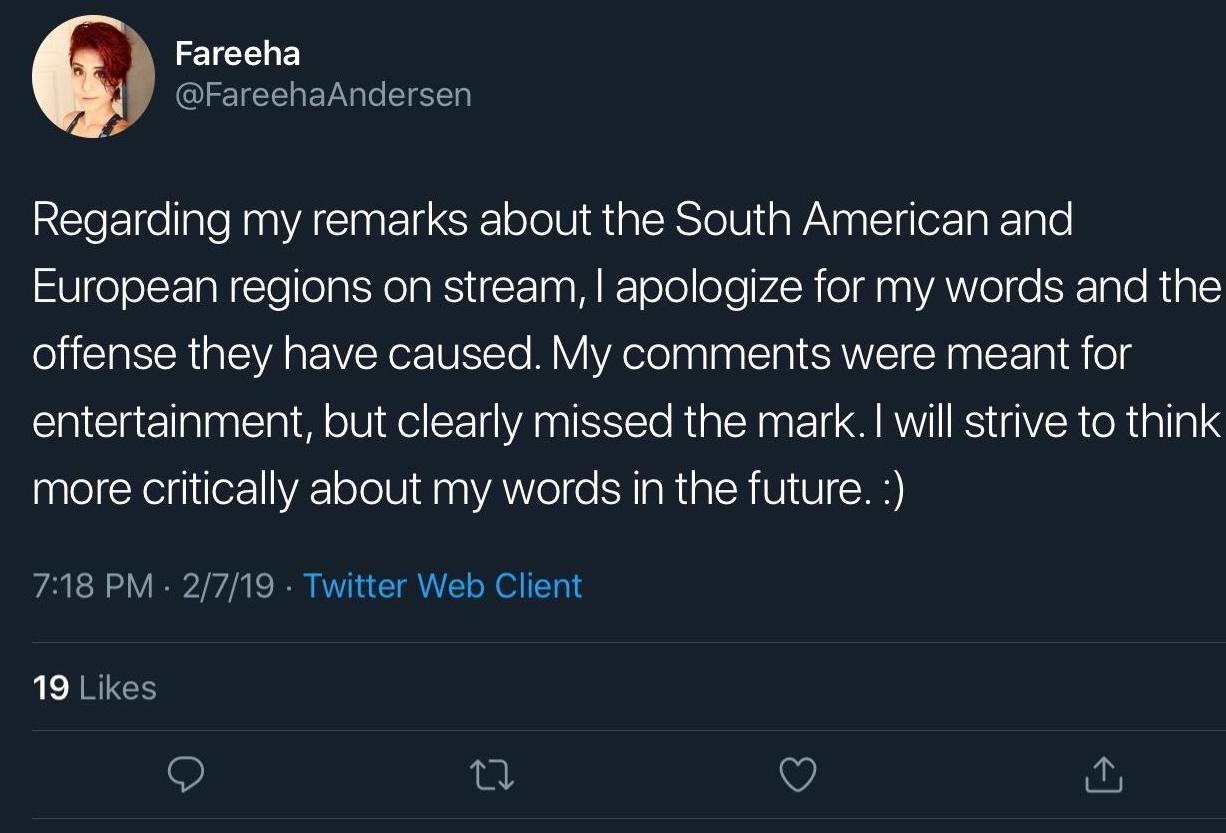 The tweet was quickly taken down after some more outrage towards the streamer.

Fareeha’s more lengthy apology, posted to TwitLonger, attempts to describe things from her point of view and explain her thought processes throughout the situation.

“I mean no hate towards South Americans,” she says, referring to her original comments about the players. “The angle I intended with that was more of a ‘just like with EU, there’s less of a playerbase, less emphasis and support for esports, therefore less cutthroat competition like you’d see in KR servers for instance’.

“Surely enough, as soon as the game came to a close, apparently the clip had already gotten around. I IMMEDIATELY got hateful comments flooding chat, saying ‘you talk shit about SA but you’re masters’, ‘go back to playing sims you’re fucking boosted’, ‘go back to the kitchen, puta’ and things that got progressively worse and more sexist, even homophobic, and so I do what I usually do when this happens on stream.”

She added: “I call them out on it, I get aggressive and stand up for myself because if I don’t, who will? THIS is the aggression/anger that people might be talking about, but was honestly only in self defense.”

I'm genuinely sorry, I fucked up. Here's how…

Fareeha adds: “None of this is intended as a means to excuse my behavior BUT I do want to have my side of the story out there, y’know?”

There is no word yet if Fareeha will face, or has already faced, consequences from either Twitch or Blizzard for her comments.

However, it seems likely that she will face backlash from some members of the community – especially South American players – for some time, despite her multiple apologies.