The latest Overwatch PTR update might allow for more creative uses for Symmetra’s teleporter during matches and could let entire teams try and flank.

The changes on the PTR make Reaper’s Shadowstep and Symmetra’s teleporter abilities much easier to target, and players have already demonstrated how they make Reaper’s movement ability useable in way more situations than before.

Now it seems players have discovered that the changes to Symmetra’s teleporter also makes it easier to use on the fly, instead of spending seconds trying to get the placement just right. 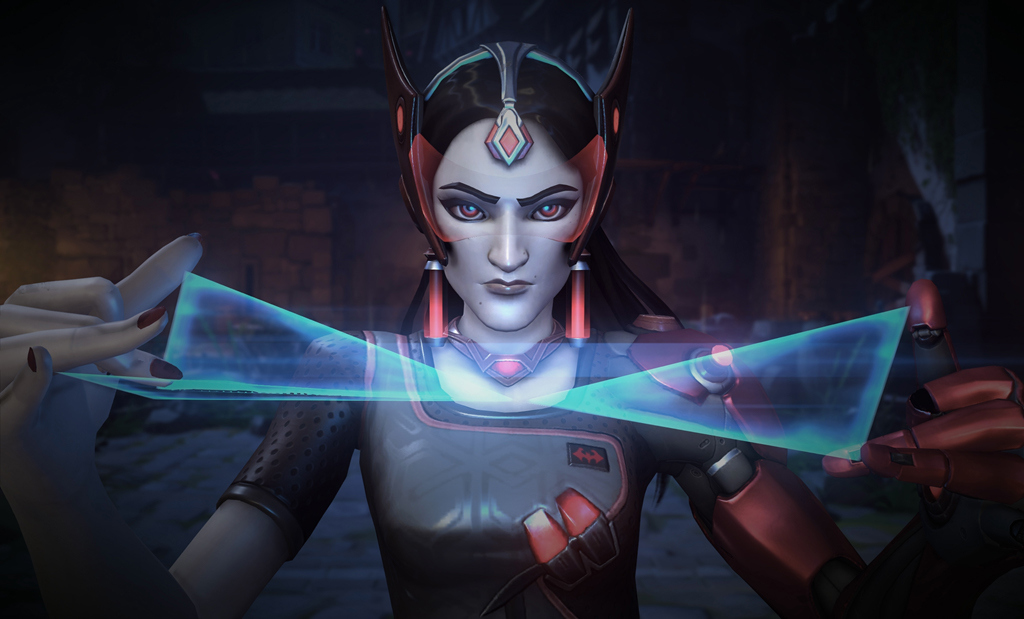 Symmetra’s teleporter is useful, but can be hard to place in exactly the right spot on the current patch.
[ad name=”article2″]

As an example of the new and improved targeting, Reddit user Rickford_of_Cairns showed a new flanking route on Watchpoint Gibraltar’s third stage.

Just after the outside door to the attacking spawn, they place Symmetra’s teleporter on a roof across the main path.

Once Symmetra gets up there, even she is able to work her way around to behind the bridge further along in the stage.

If a team was stuck on the corner of this part of the map, this Symmetra flank could actually come in clutch, if you can manage to coordinate your team that is.

The changes on the PTR also affect Junkrat’s grenades, increasing their speed but reducing their bounce, in an effort by Blizzard to encourage more direct hits.

So after the PTR updates go live, players can look forward to plenty of eager Symmetra players somehow appearing in their backline.

Exactly when the updates will be going live is still unknown, but there’s a good chance they’ll be here with this year’s Archives event, which should start on April 16, according to leaks.