The San Francisco Shock’s Jay ‘Sinatraa’ Won is regarded as one of the best Overwatch players in the world and a candidate for Overwatch League MVP. However, that doesn’t mean he’s immune to ranked play fails.

The 19-year-old prodigy has made a name for himself this season with his stellar Zarya play, but the game’s switch to role-lock and 2-2-2 meant that not only had his off tank pick fallen out of meta, but he was unlikely to even play off tank going forward.

As such, the Shock DPS has found himself playing more and more Doomfist and absolutely dominating with the hero. 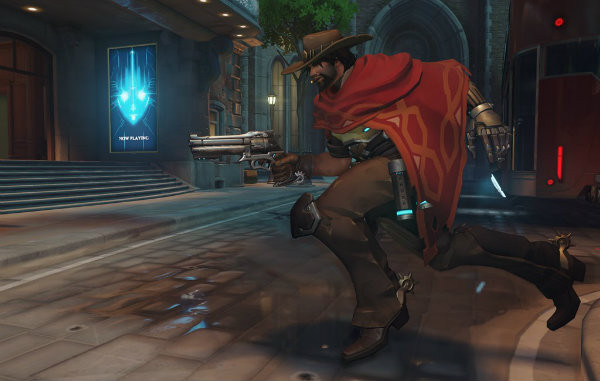 While queuing as Doomfist on Numbani in the game’s competitive mode, Won was doing quite well and helped his team push the payload to the end with time remaining securing three points.

On defense, however, his team started to buckle and it didn’t help that the damage dealer got a little over zealous when trying to take down an ulting McCree.

After hearing the McCree player, DerrekOW, shout “It’s high noon” indicating he was using Dead Eye, Sinatraa rushed in and uppercutted the cowboy into the air and over his team’s shields. By doing this, the pro gave his opponent even more targets to fire at and ended up picking up a 4K.

The rest of Derrek’s team capitalized on this mistake and cleaned up Sinatraa’s squad for the team kill.

“You just kind of trolled us,” Sinatraa’s teammate laughed. “I thought I could one-shot him,” Sinatraa admitted.

The Shock pro did manage to redeem himself in the next fight with help from a nano boost and obliterated two on the enemy team, eventually leading to a victory, his lapse in judgment had already been clipped for the world to see.

Could you imagine if something like this happened in a professional league match?

Speaking of which, OWL fans will finally find out if Sinatraa is the 2019 Overwatch League MVP on September 5 as the first round of the double-elimination playoff bracket begins.