The newest released to the PTR as an escort map on April 18 and it didn’t take long for players to find hidden health packs, along with other details that aren’t included in the Archives mission.

Along with a bunch of new flanking routes and plenty of high ground on Havana, players have found one spot that seems to be tailor-made for Widowmaker. 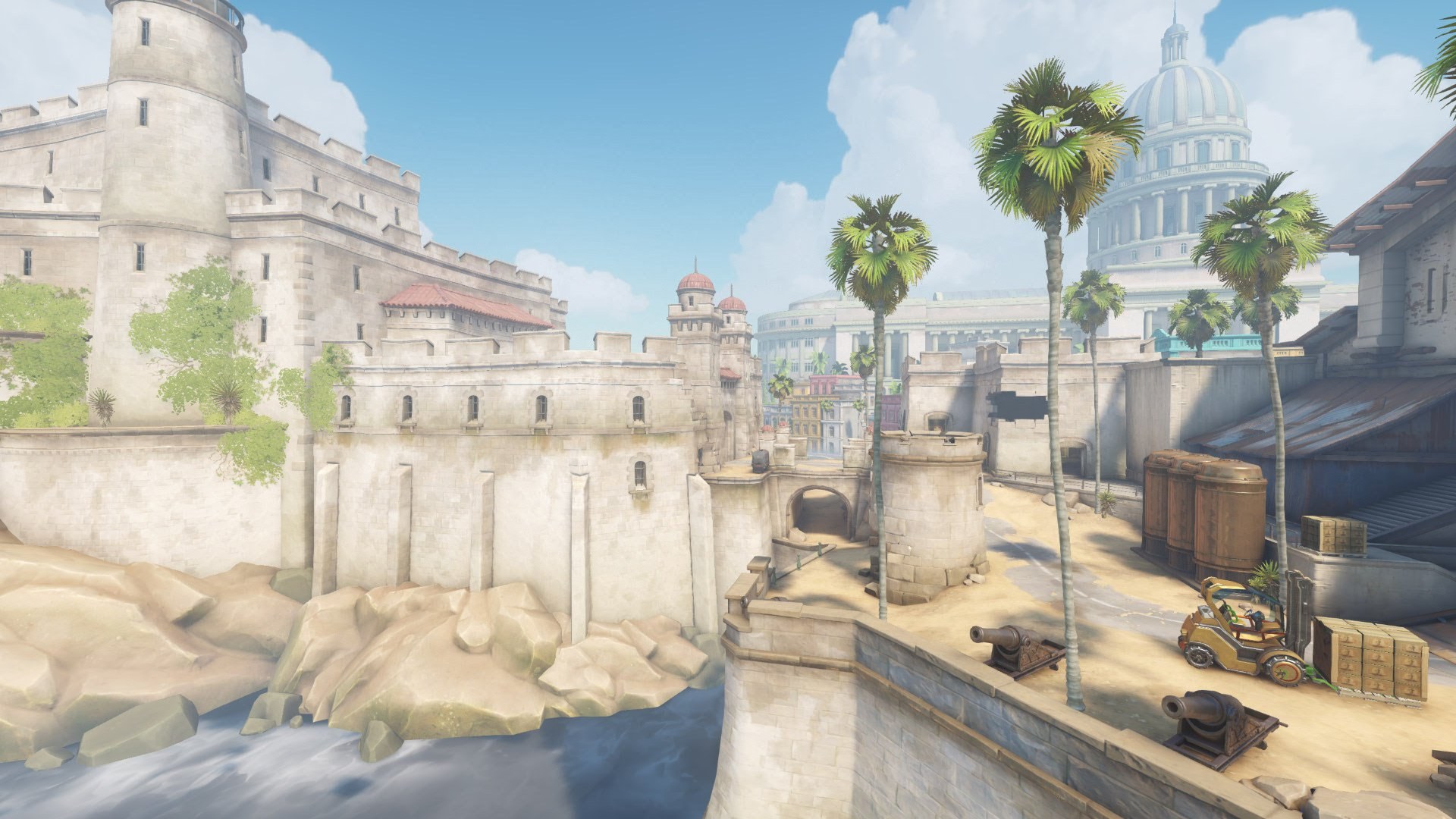 Havana was released to the PTR on April 18.
[ad name=”article2″]

I have the high ground

While exploring the new map, Reddit user ‘Beewald‘ and a companion stumbled upon the spot located in the first streets section of the map.

At the corner where the payload first turns left in the first stage, Widowmaker grapples up to an invisible ledge on the side of the blue/grey building next to the street.

The ledge appears to run along the entire side of the building and gives Widow a commanding view of the street below.

If she can get up there without being seen, skilled players could do some serious damage with her. But if she does get spotted, there’s no real cover to hide behind so she probably won’t last very long.

Havana: what else is new?

Havana is Overwatch’s newest escort map and it will probably spend a few weeks on the PTR before being added to the main game in a future patch, maybe in time for the Anniversary event in late May.

The map is much more open than in the Storm Rising mission and there are plenty of opportunities to flank against unsuspecting enemies.

Overwatch’s Storm Rising brawl along with all the new and old Archives skins will be available until the event ends on May 6.