The latest addition to the Overwatch line-up, Sigma was only released on August 13, but u/FrikinPopsicle69 has already used the Workshop created an epic new dodgeball-style game that perfectly suits his abilities.

Sigma proves to be perhaps the perfect champion for a dodgeball-style mode, able to use his Accretion ability as the ‘ball’, summon his shield to protect from incoming projectiles and use his Gravitic Flux to lock enemies in place for easier targets. 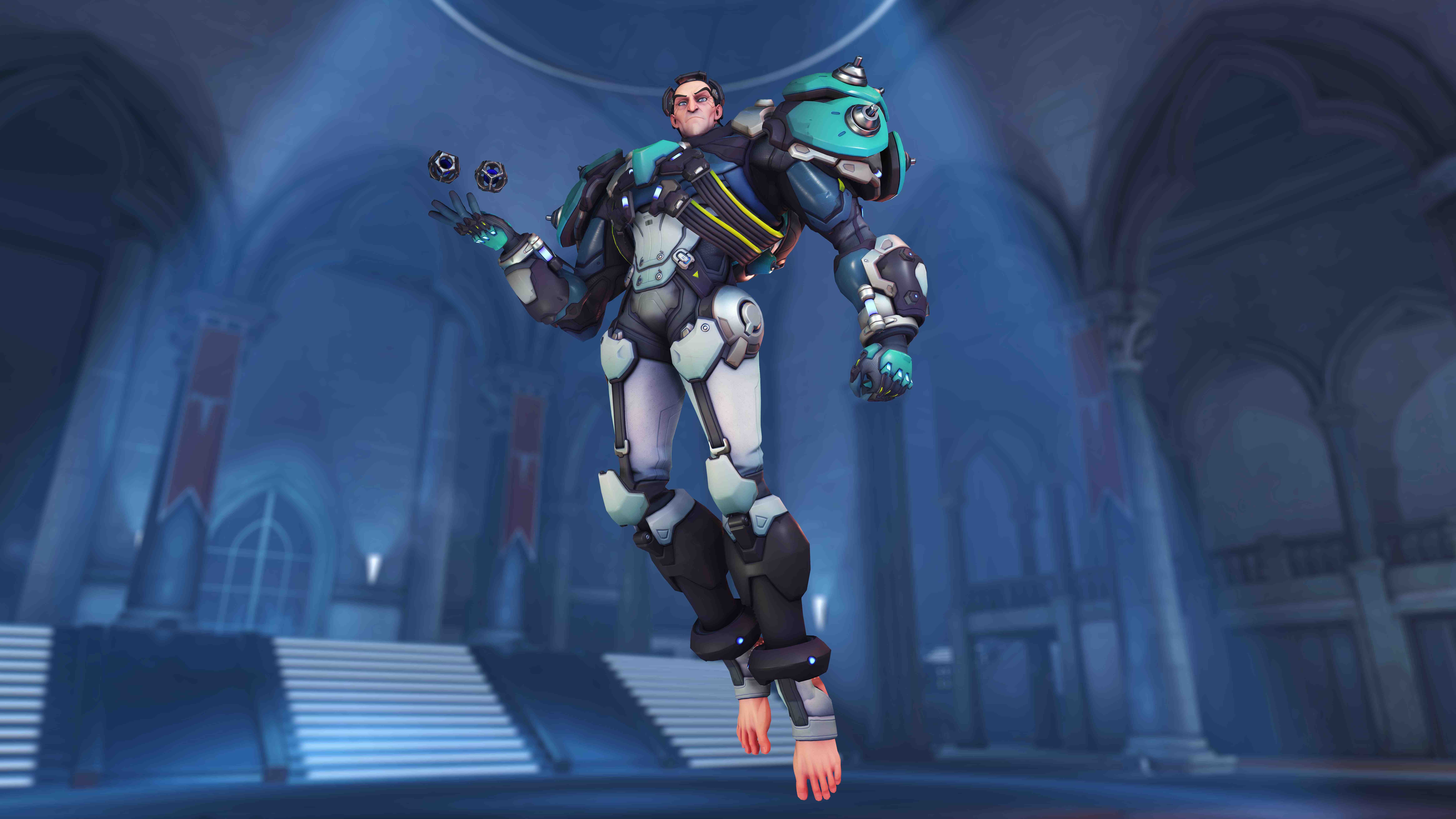 Sigma is the latest addition to the Overwatch hero line-up.

There are some adjustments to exactly how each ability works – Accretion is appropriately a one-shot elimination while the Experimental Barrier also only stops a single projectile, so teammates with coordination throws could catch opponents that believe they’re safe behind the shield off guard. The shield’s cooldown is also increased, so they must be placed wisely.

Sigma’s ultimate unlocks after three eliminations, and though it does no damage the crowd-control effects remain the same, allowing you to set up easy kills. While you are yourself also more vulnerable to attack while using the ultimate, if you are eliminated while using it any enemies within it will also be eliminated.

The game takes place in a simple spherical arena, but the dome shrinks over time, so players are forced closer and closer together the longer the match goes on. The goal is simply to eliminate the entire opposing team, although unlike in real dodgeball there is no return mechanic to allow eliminated players back into the match – you only get one life.

Those who wish to try this mode out for themselves can do so by importing it with the share code 0V80F.

The Workshop has proven to be an enormously popular feature, giving Overwatch players a huge amount of control over the custom modes they can create, defying even the most fundamental rules of the standard game if they choose to.