After initial reports from the venue claiming the event would be canceled in response to Coronavirus concerns, Paris Eternal made an official statement on March 11 confirming that the April 11-12 homestand will not go on.

The Overwatch League has already lost out on numerous homestands in both China and Korea due to concerns over the outbreak, as teams from those regions haven’t even competed in any matches after five weeks of competition.

With other gaming and sporting event getting canceled, postponed, or altered in Europe, many fans were worried that Overwatch homestands in that continent would be affected as well. On March 11, the Paris team confirmed the cancellation on Twitter.

In their statement, Paris Eternal announced that a new ministerial order from French Health Minister Olivier Véran was put in place on March 9, banning the gathering of more than 1000 people in France. Thus, the homestand scheduled to take place in the Le Zénith Paris – La Villette will have to be canceled.

Currently, the Call of Duty League has an event in Paris scheduled for May 16-17. If the global situation with Coronavirus doesn’t improve by then, and the ban on public gatherings in France is still active, that event could also very well be canceled.

Since the ban is specifically regarding gatherings of more than 1000 people, there’s still a potential for matches to occur, just in a more closed space. Both the LEC and FLASHPOINT are taking similar measures by moving to smaller locations and limiting the amount of fan interaction.

The IEM Katowice CS:GO event competed without a crowd for its playoffs.

For the Overwatch League, this is another huge obstacle to their goal of global expansion by growing local fanbases through homestand events. The Paris homestand was scheduled to take place in week ten, which was supposed to coincide with a homestand that hasn’t even been announced yet.

The latest cancellation due to Coronavirus concerns adds to an ever-growing list of gaming and esports events that have been affected in some way.

In addition to the Korean and Chinese Overwatch League homestands, the Rocket League Championships, TwitchCon Amsterdam, multiple professional FIFA events, and E3 have all been canceled. 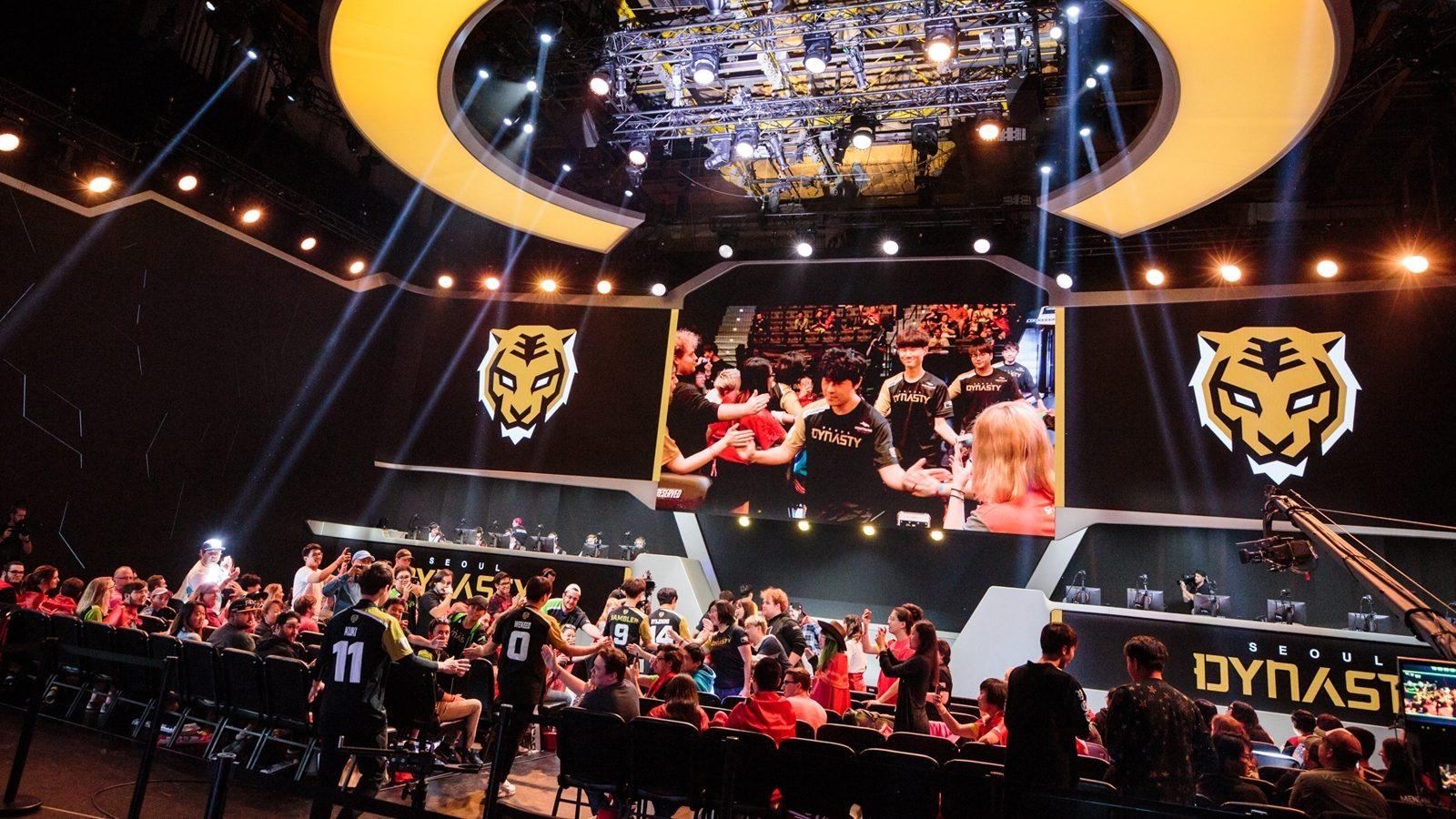 Both the original and “makeup” matches for Seoul Dynasty this season have been canceled.

Events such as the first Apex Legends Global Series major, LPL matches, and the LoL Mid-Season Invitational have been postponed. LCS, LEC, FLASHPOINT, and others have taken various steps to reduce fan interaction, from moving locations to banning high-fives.

Unfortunately, there will likely be more cancelations before the global health situation improves, so for all those updates, stay tuned to Dexerto.