The Overwatch Summer Games have arrived earlier than usual in 2019 with plenty of new skins and cosmetics for players to collect.

It seems Jeff Kaplan wasn’t lying when he said that Summer Games would start earlier than usual this year because it arrived less a week after the most recent Developer Update on July 11.

There’s a load of new skins and other cosmetics for players to collect, as well as a brand new way to get new skins called Weekly Challenges. 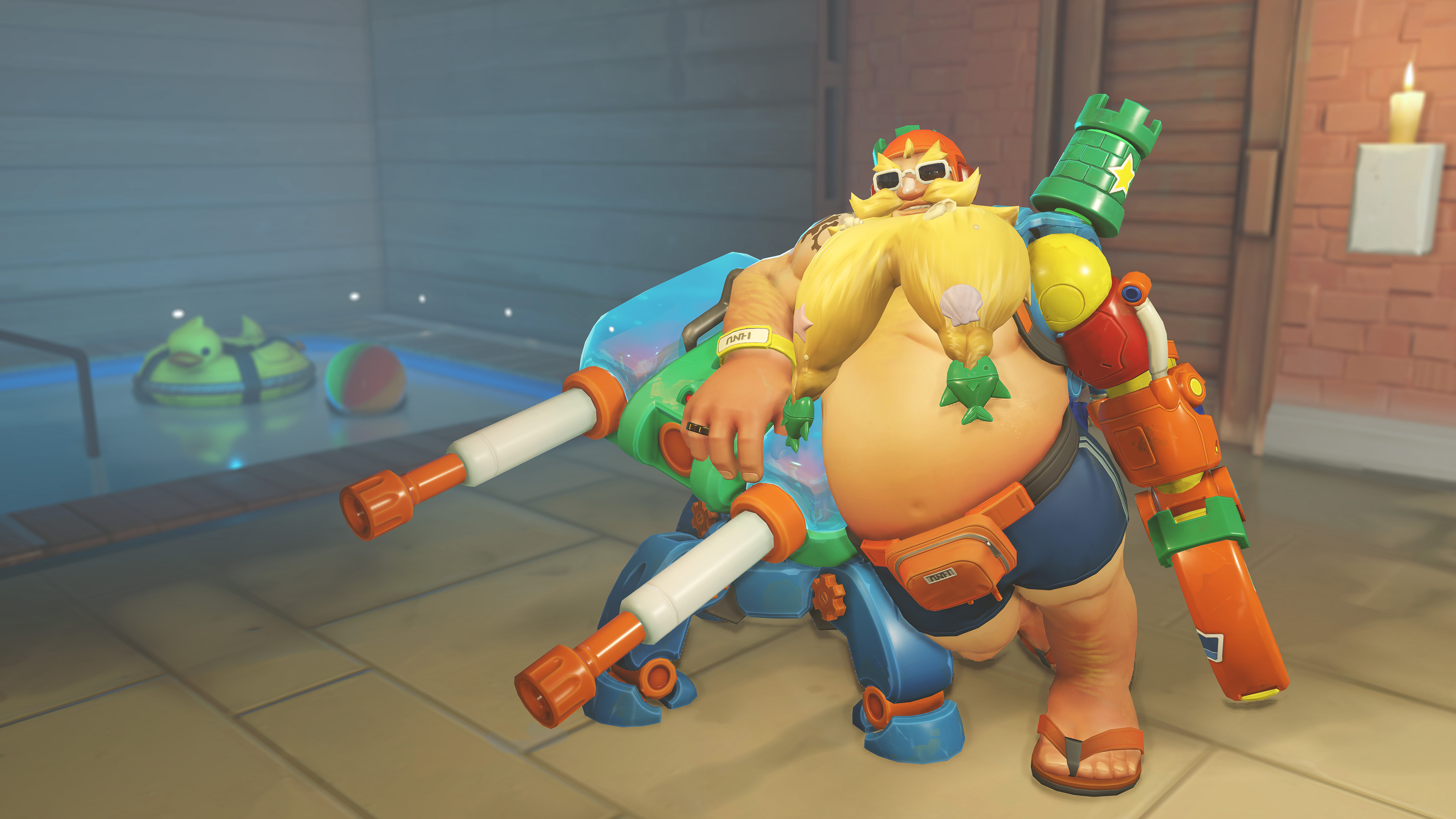 Is this the perfect Torbjörn skin? (yes, yes it is)
[ad name=”article2″]

What are the Weekly Challenges?

Weekly Challenges are a new way for players to unlock limited-time rewards every week they play Overwatch during the event.

9 wins in Quick Play, Competitive Play, or the Arcade each week will earn players limited-time sprays, player icons and an epic skin on top of standard earnings normally received for playing Overwatch.

Once the week’s challenge has expired, the rewards will be replaced by a new set of sprays and icons, along with a new epic skin for the new week. 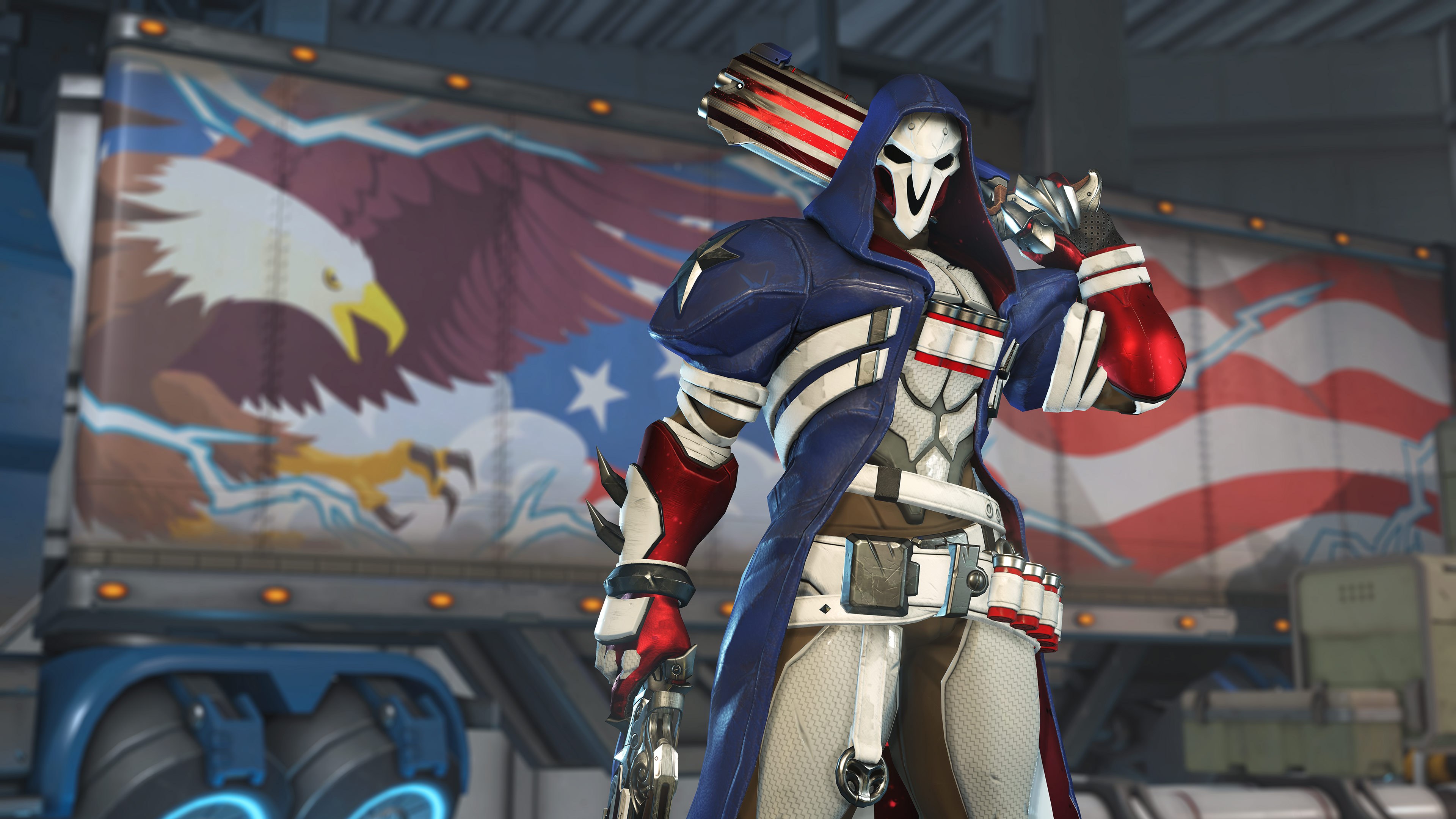 USA Reaper is the reward for winning 9 games during the first week of Summer Games.
[ad name=”article3″]

What are the rewards for each week?

There will be three weekly challenges during the three weeks that Summer Games is going on. 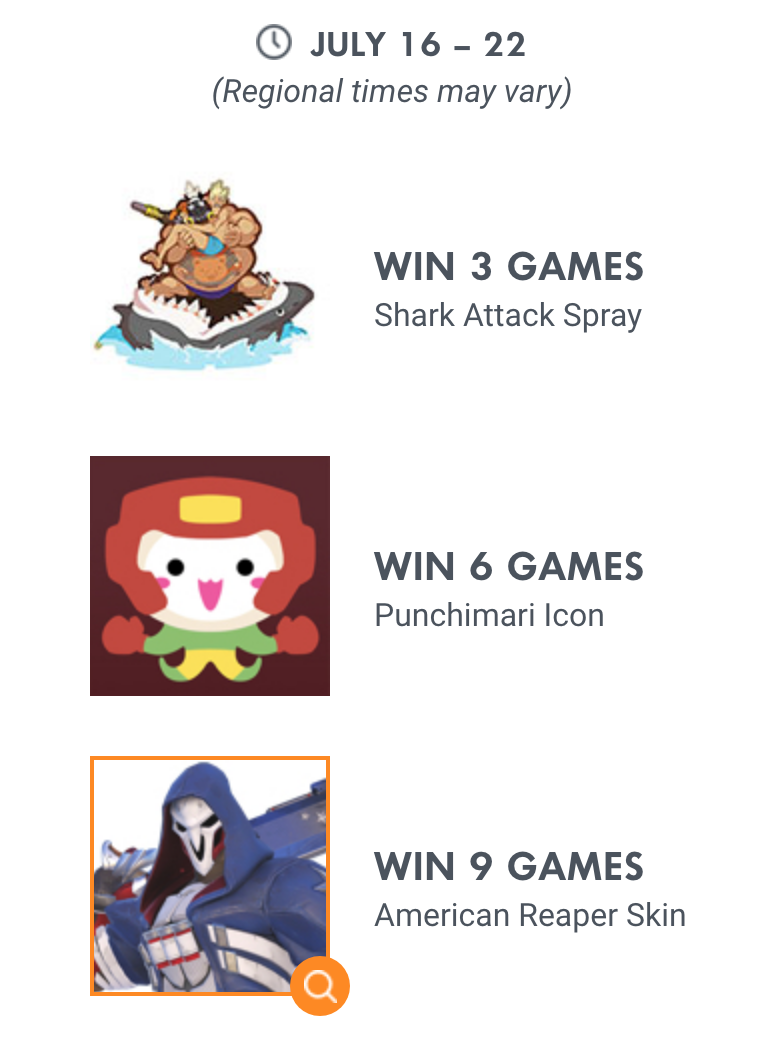 Who doesn’t want a Punchimari? 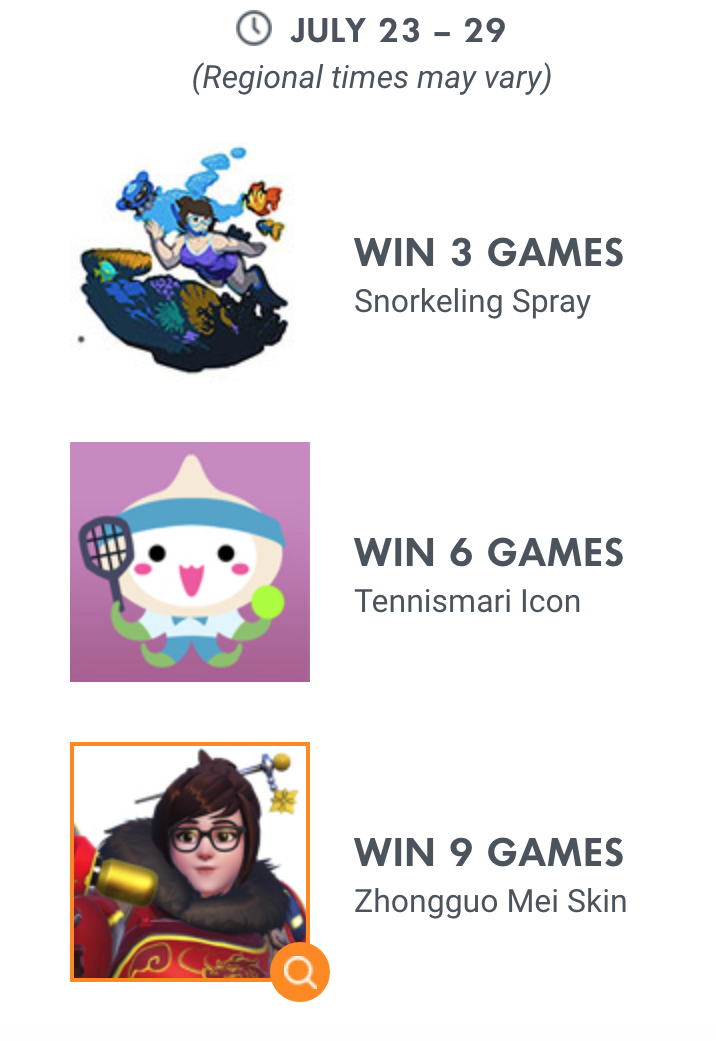 Week 2 is perfect for Mei fans. 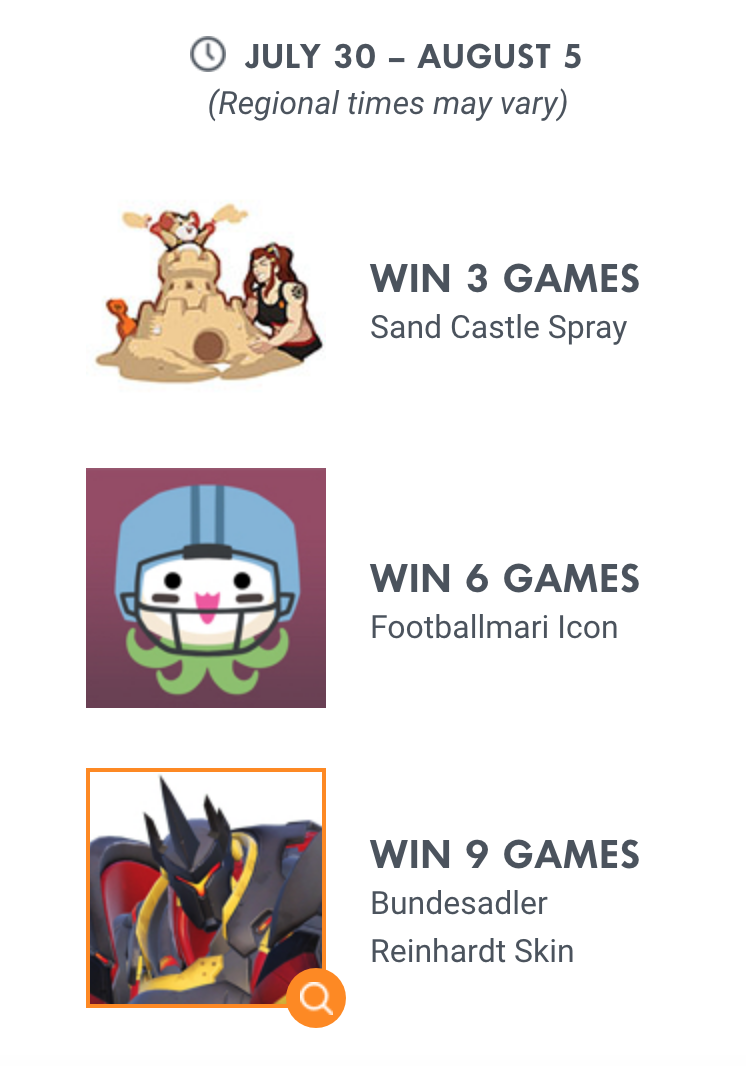 In addition to the weekly challenges, everyone’s favorite (or least favorite) Overwatch mini game is returning as well.

Hammond gets in on the fun too with his own Lúcioball skin that actually turns him into the ball, but whether or not there’s a mode where 6 Lúcio’s can shoot around a Wrecking Ball player is unknown.

With seven new skins to collect and a new (hopefully quicker) way to get them, Overwatch players should have more than enough to keep them busy for a few weeks.