Overwatch has a ton of updates and a brand new hero currently on the PTR, but there’s one more subtle change that players are just now starting to notice.

The massive PTR changes currently affect most of Overwatch’s now 30 hero roster, with 20 heroes getting some kind of change right now on the test region.

Since the hero changes and Baptiste have hit the PTR, players have been steadily noticing changes that weren’t noted in the official Blizzard patch notes.

Recently, users have noticed that the direction of the ability icons for various heroes has been flipped.

For example, Reinhardt’s Firestrike and Charge abilities have been flipped – so instead of pointing left, Charge now points right.

At first, players wondered why Blizzard would make such a small change to details, until a Reddit user named Neither7 suggested it was to make the icons face towards the hero they eliminate in the kill feed. 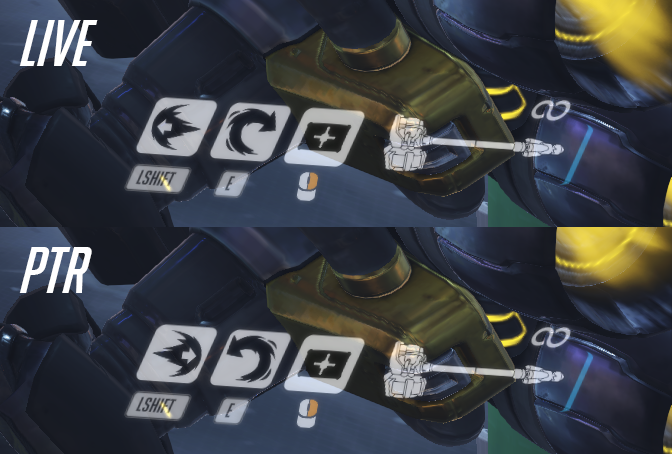 It’s not just Reinhardt who got the switch, the full list of heroes and the ability icons that have been changed are listed below:

Like with all the other changes and Baptiste, we still have no idea when all of the new Overwatch content will make it live, but with Blizzard revealing all of the new hero’s skins on the PTR recently, it shouldn’t be too much longer.