A newly discovered exploit with Baptiste’s Immortality Field can allow Overwatch players to live for longer thanks to its lingering effect, and as it turns out, the same effect applies to other abilities too.

While many abilities in Overwatch have a “lingering effect”, this is often by design. For instance, Moira’s primary healing lasts a few seconds after applied. However, it does less healing overall, which implies it was intended by the developers.

With Baptiste’s Immortality Field drone and a few other abilities, the effect lasts completely even after a player leaves its proximity for a short amount of time – something that may not have been intended by the game’s developers. 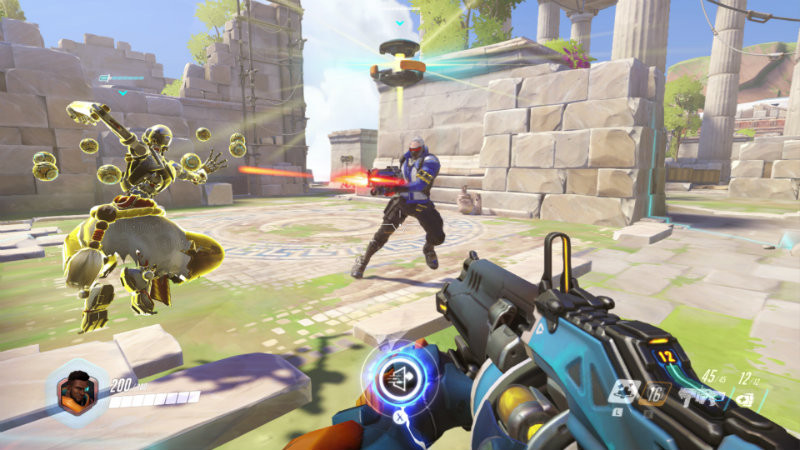 Baptiste’s Immortality Field can save enemies from dying.
[ad name=”article2″]

A Reddit user by the name of ‘kaiomm’ posted a replay clip of gameplay on Nepal in which a Reinhardt pinned another player who had only a fraction of health left. During the pin/charge animation, the Reinhardt getting pinned was briefly in the line of sight of a friendly Baptiste Immortality Field.

As the charge continues, the Reinhardt doing the pinning hits his opponent into the wall, which should have done enough damage to result in a kill. Instead, it appears as if the drone continued to keep the player alive even after being pinned outside of its area of effect.

Immorality Field seems to have a lingering effect if LOS is broken and quickly reacquired, working even out of range. from r/Competitiveoverwatch

Some abilities which buff friendly players function the same way. As ‘Lightning_Laxus’ pointed out in the comments, “A lot of abilities are like that. Lucio’s aura and Orisa’s Supercharger for example. Supercharger is easier to visualize because of the giant beam. They both linger for 1 additional second after leaving the range and/or LoS.”

Lucio’s aura and Orisa’s Supercharger/Mercy’s beam could potentially be taken advantage of to help secure a kill or restore a player’s health even though they’ve left the effective range.

For instance, a player chasing after a retreating enemy could fire one last shot or use one last ability with the buffed damage from Orisa’s Supercharger briefly after turning a corner and leaving its line of sight.

With Baptiste, a way to counterplay the Immortality Field, aside from just destroying it, is to boop or knock foes out of its line of sight. But with a one second lingering effect, players may need to wait a moment before using an ability to confirm a kill on foes knocked outside of the field or else it wouldn’t result in a kill.

For anyone playing against a Baptiste, it’s something to consider before wasting ammo or a cooldown on a target who leaves the drone’s effective range. 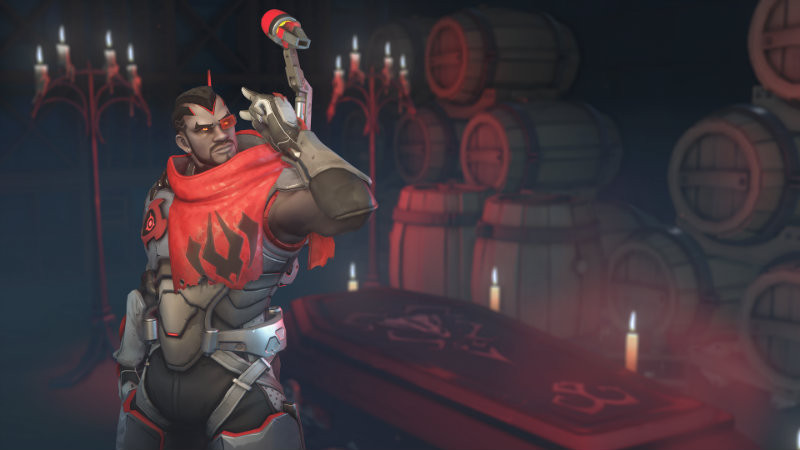 Baptiste had such a knowledge of the drone that he could even keep the ones he cared about from dying.
[ad name=”article5″]

But if you’re playing with one on your team, taking advantage of the lingering effect could cause your enemies to waste cooldowns and making your opponents waste cooldowns could win you the game.

It will be interesting to see what Blizzard’s stance on lingering effects in Overwatch is and if they address this problem in a future patch.