Overwatch‘s Doomfist might look like one of the best and most ferocious heroes on the roster already, but an odd crossover with a gingerbread man could take his skin selections to the next level.

Blizzard Entertainment have sat back and allowed a creative online community to emerge and flourish when it comes to their popular team multiplayer title, with many players contributing exciting creations on a regular basis.

While many concept designs mix the unbelievable with the outrageous, an interesting outfit has surfaced for Doomfist which could be exactly what players would like to see in the future. 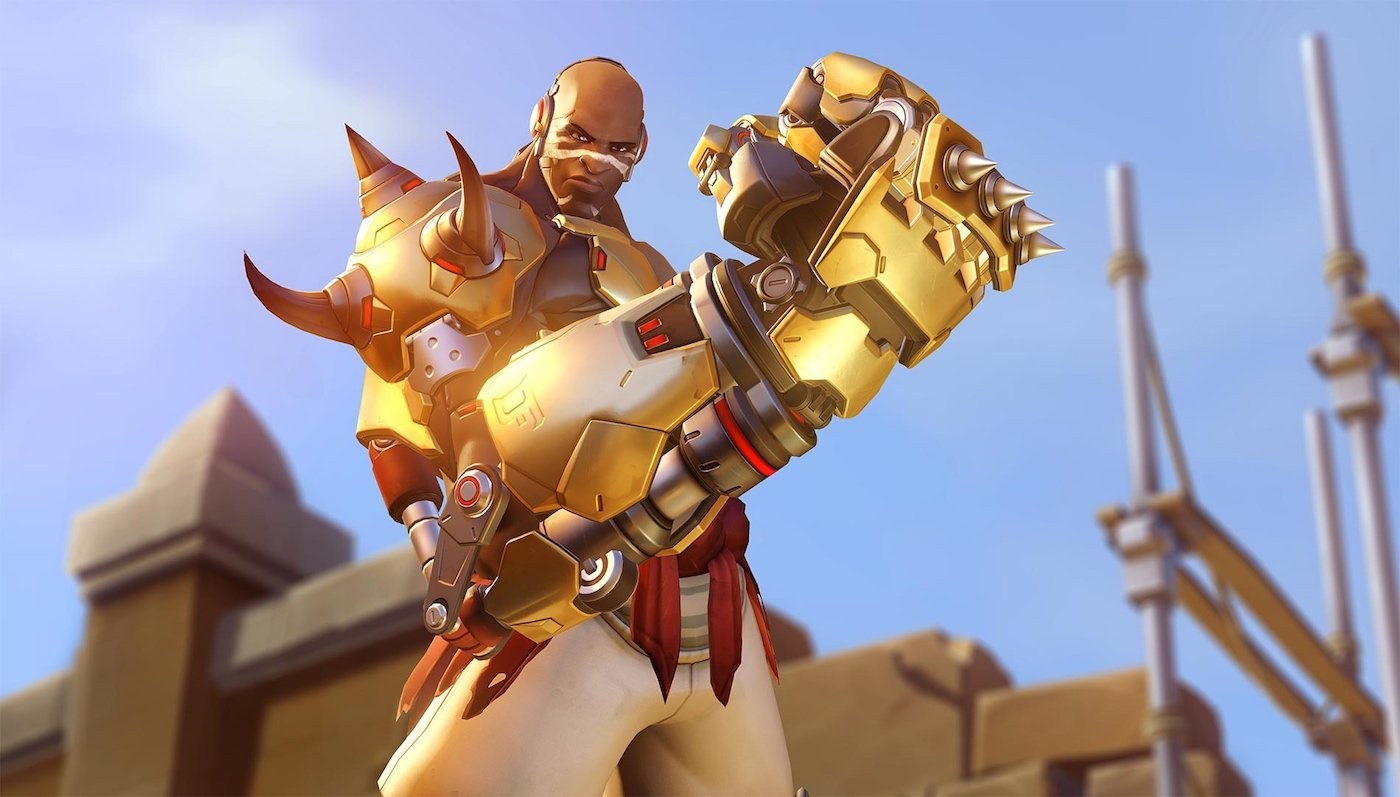 This is what Doomfist usually looks like in Overwatch, but this concept shows a different side to the character.

Its creator, Toysovore, posted the idea to Artstation on July 7, showing different graphics of just how cool the hero would look with a – shall we say – ‘fairytale-esque’ twist to its outfit.

The concept artist posted two different images to the website, attracting around 1,800 views at the time of writing. That number will surely rise, though, as more and more fans become aware of the incredible concept skin.

Doomfist’s right arm, as seen in the image below, would be completely covered with a gingerbread man-styled coating, featuring a number of sweety snacks wrapped around it – such as candy canes. 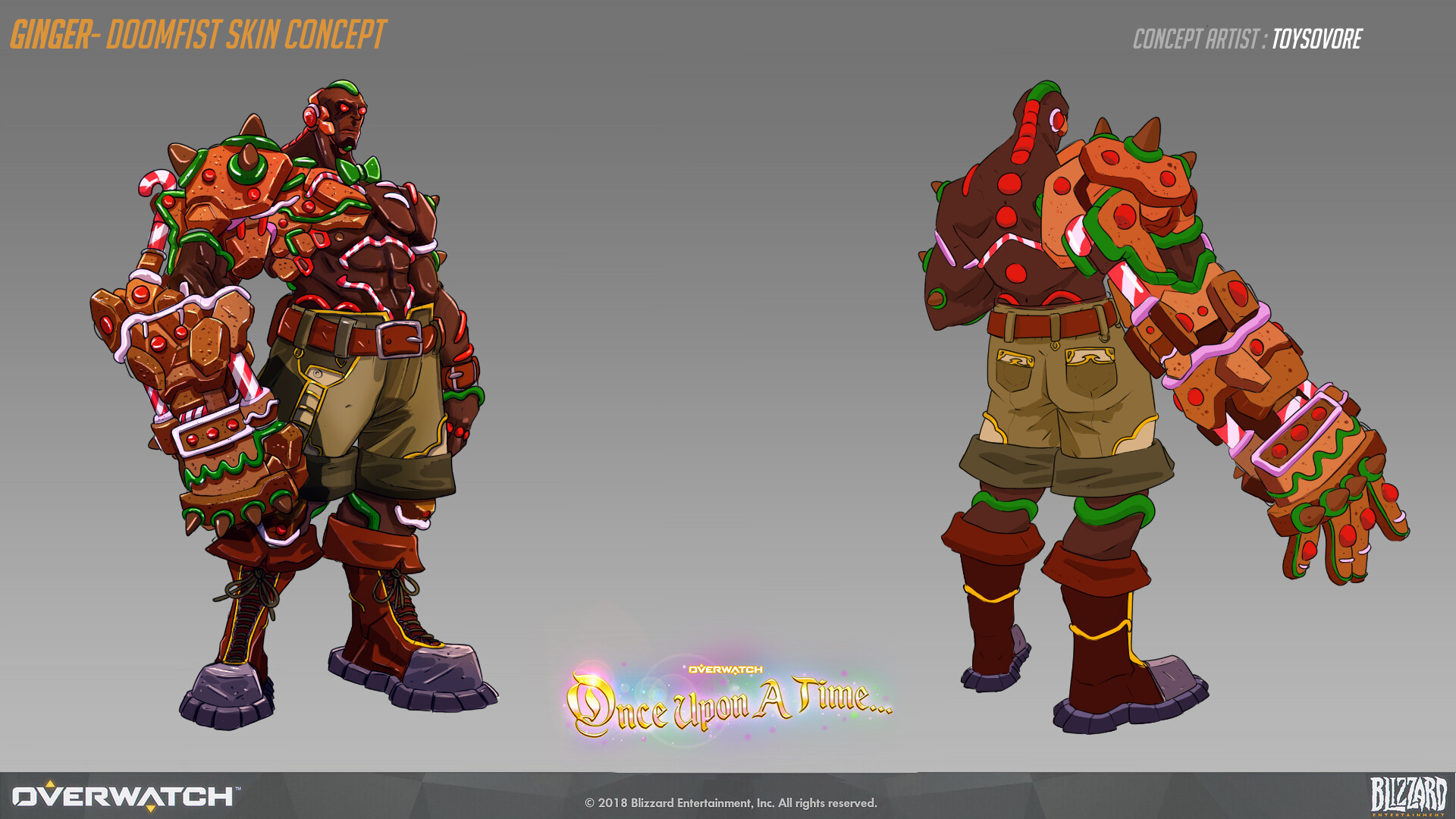 This is what the ‘Ginger’ Doomfist concept skin looks like, from two different angles.
[ad name=”article3″]

It’s likely something along the lines of this design will be introduced in Overwatch in the run-up to the holiday season, but with that so far away – and this being a community creation – there’s a slim chance that this exact skin would ever be introduced by Blizzard.

Yet, that clearly hasn’t stopped the constant flow of designs from emerging within the game’s online community, as fans have put together several incredible outfits for Doomfist in recent times, including a ‘Frost Giant’ concept, and even a Pokemon-inspired selection as well. 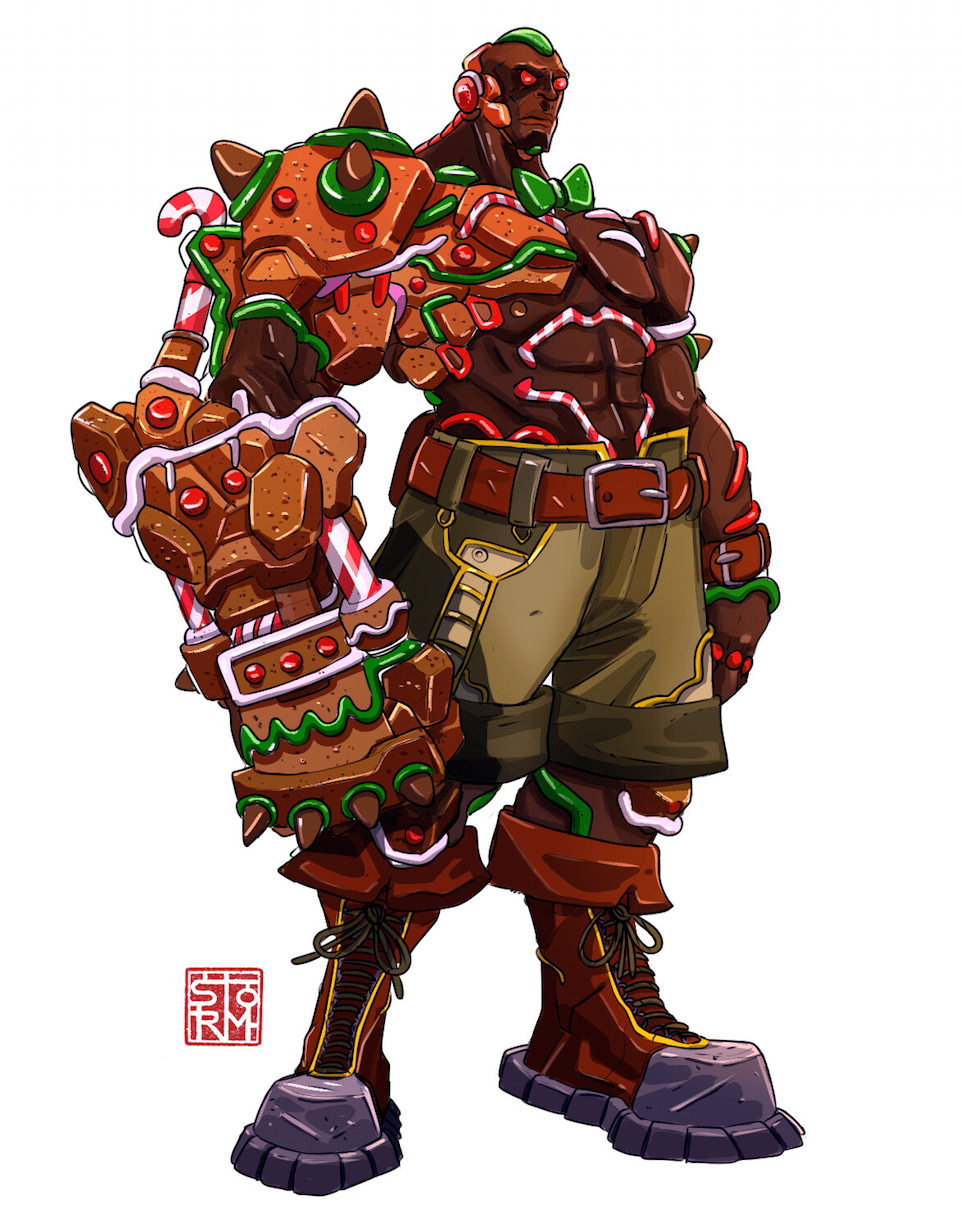 Another look at the impressive Doomfist concept art for Overwatch.
600[ad name=”article4″]

Whether or not we’ll see more official skins released in the future remains to be seen, but players will be keeping tabs on the situation in Overwatch for sure, as lead designer Jeff Kaplan has already confirmed major changes to their usual summer content schedule.

Could that mean a change to the usual Summer Games schedule and potentially more skins revealed? We’ll have to wait and see.