Overwatch developer Josh Noh has provided additional insight into what players can expect to see in the next Public Test Realm update in a forum post discussing the problem with ‘power creep’ in the game.

In a post titled “Please Nerf Power Creep instead of Nerfing Defense/Support,” many users debated whether power creep was an issue affecting all tiers of the hero shooter.

Power creep happens in games where a character receives a steady stream of buffs that only begin to be a problem once the meta shifts revealing the true power of that hero. Some in the community believe Mei, Reaper and Baptiste have all benefited from power creep. 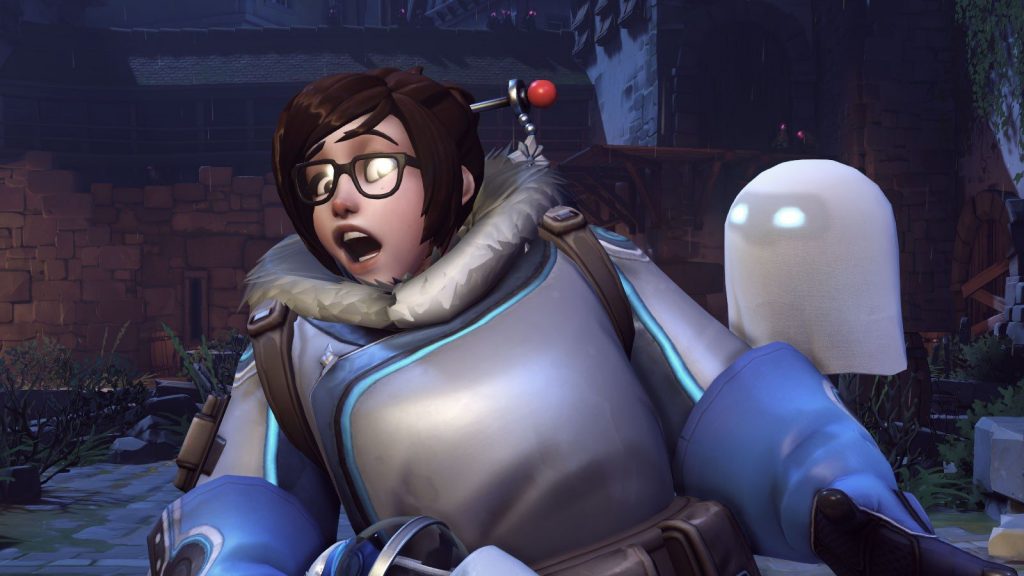 Noh replied to the thread admitting that while he was wary of power creep was a “valid and healthy concern if it’s causing gameplay to become too wildly distorted from the core experience,” he didn’t feel it was plaguing the game at the moment.

While many in the pro community mocked Noh and the developers for their balance philosophy, in a follow-up reply, the developer wrote that the most common feedback he had been hearing was that Baptiste and Mei were overpowered and that “there are some upcoming changes to these two as well.”

Players believe that while Mei was buffed to deal with the threat of the powerful GOATS comp (three tanks and three supports) back before role-lock, but the changes have made her overly strong in the game’s current format. 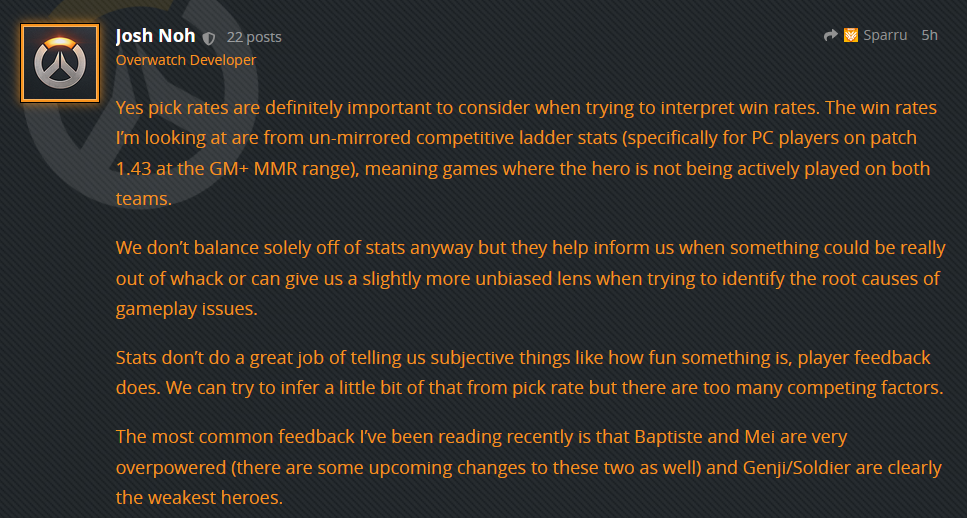 Developer Josh Noh said there are changes coming to Baptiste and Mei.

What nerfs will Mei get?

While Noh didn’t elaborate on what nerfs or changes Mei would receive, it’s likely that her ability to freeze multiple targets at once could be reverted. That buff was added back in April of 2018, long before role queue and role-lock were added to the game.

Another possible nerf could be to her right-click, which saw all damage drop off removed in a July 24 patch. This effectively made her into a sniper, dealing 150 damage with a single headshot regardless of range.

Meanwhile, Overwatch Director Jeff Kaplan had already indicated that the team was playtesting nerfs to Baptiste’s Immortality Field and it seems like they will in fact be going live in the next PTR build.

D.va’s boosters are getting a buff too. Will she be meta again?

Additionally, the next PTR patch will also see a big buff to D.va’s boosters with the team toying with reducing their cool down to three seconds.

It will be interesting to see if these changes help bring dive back to the forefront or if double barrier will continue to dominate Overwatch in the highest levels of play. Regardless, it would seem as if the upcoming PTR patch will have a lot in it for Overwatch fans to sink their teeth into when it drops.