The Overwatch community is drooling Over Hanzo’s beach bod

brings seven new skins to Overwatch, four of them (including Wave Hanzo) are available in Summer Games Loot Boxes.

The other three are only available by completing weekly challenges, which consist of winning nine games in one week. 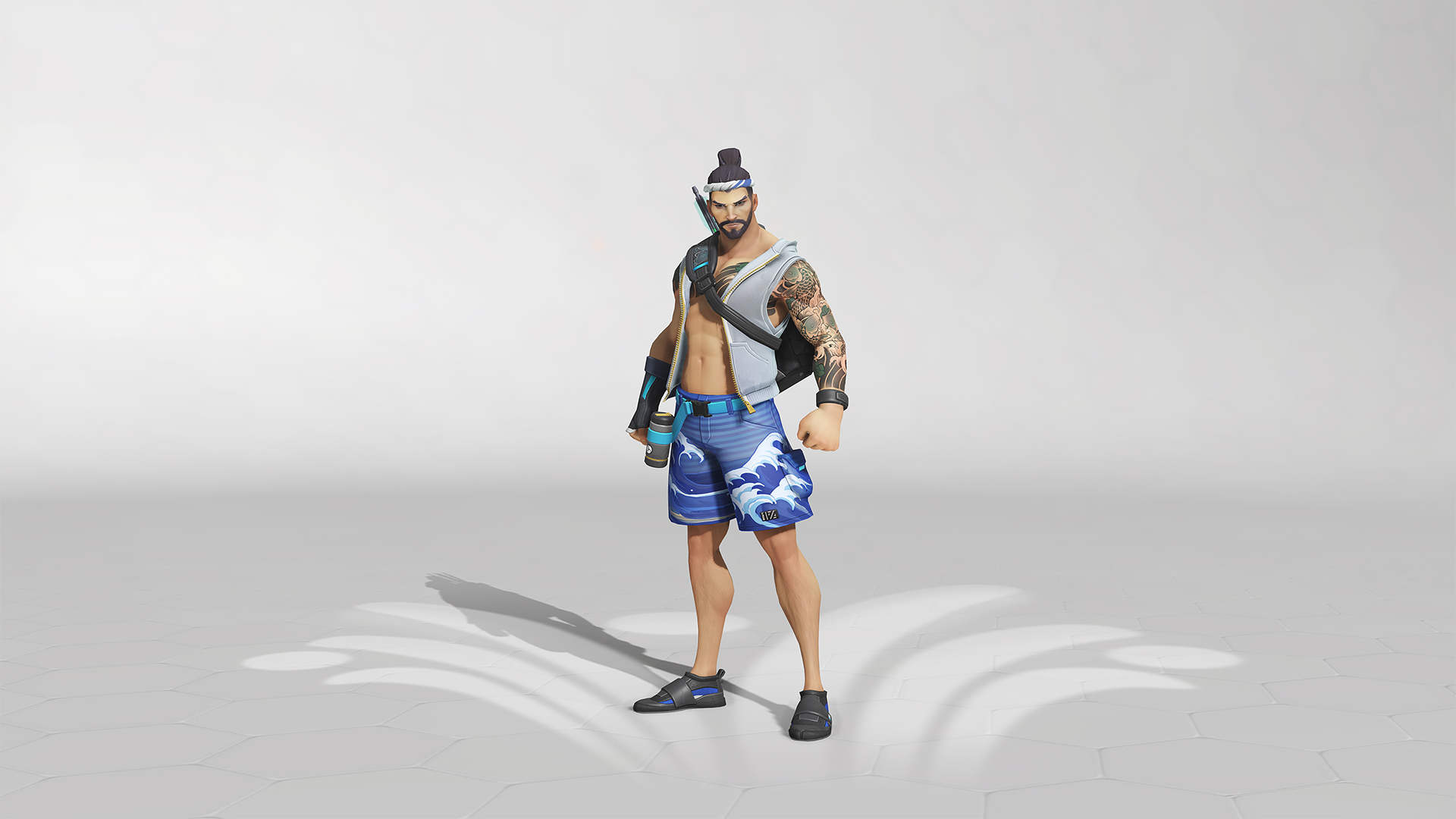 The hottest Hanzo skin yet? (yes)

Shortly after the new Summer Games skins were revealed by Blizzard, #Hanzo began trending on Twitter and the community’s thirst for the elder Shimada brother came out in full force.

It didn’t take long for the artistic Overwatch fans to make their contributions either, and the Wave Hanzo fan-art has been coming out lightning fast since the start of the event.

The Hanzo love was enough for Character Artist tendermiasma to share some of their previously-made Hanzo beach art as well, apparently people have wanted Hanzo in a swimsuit for awhile, but can you really blame them?

Time to drag out some vintage art of the set we all know hanzo also has pic.twitter.com/mHYxlZhJbI

Plenty of Overwatch fans are drooling over Hanzo’s abs, for good reason, and even more are just happy with how good the skin looks overall.

It’s still early, but Wave Hanzo could end up being the most popular new Summer Games skin for 2019.

Wave Hanzo is literally everything I want to be pic.twitter.com/PbvaFlgKnu

Even popular Overwatch streamer Felix ‘xQc’ Lengyel couldn’t help but be impressed with the new skin.

“This looks sick, dude, this is his best skin by far,” xQc said after unlocking the skin in a Loot Box. “It’s super simple, I love it.”

This is the first Overwatch event to feature weekly mini challenges, that give players the chance to earn skins, sprays and player icons that aren’t available in the Summer Games Loot Boxes.

Lucioball has also returned and along with it the Copa Lucioball, which is a competitive season of Lucioball that runs through the Summer Games event – but there’s no word on whether Hammond will be able to play as the ball with his new skin, though.