Sigma’s ultimate ability is one of the most powerful and potentially game-changing in Overwatch, but a new clip shows how it can backfire if you’re not careful.

In Overwatch, Sigma’s ultimate propels enemies up into the air before slamming them back down, dealing 50% HP damage when they land on the ground.

However, one dedicated Overwatch player captured a clip on Reddit that shows how Sigma’s ultimate can benefit the other team.

Sigma’s ultimate can decimate an enemy team, but it also has the potential to backfire.

In the clip posted by user “Ryguy6603,” Reinhardt is pushing up through the enemy defenses on Anubis when he gets caught in Sigma’s ultimate ability and lifted into the air.

Instead of dying, though, Reinhardt gets slammed down next to the enemy defenses and is able to swing away at them with his hammer, clearing the way for teammates.

This is just one example that shows how Sigma’s ultimate can go wrong when used, so players might want to make sure they’re not dive-bombing opponents onto their enemies during the process.

Reinhardt loses nowhere near the 50% health drain Sigma’s ultimate is supposed to inflict, and as a result, he’s able to wreck the defending team’s position on the high ground.

The clip can serve both as a warning to Sigma players, and as a guide to those playing against the gravity-obsessed astrophysicist, to show he’s not completely unbeatable. 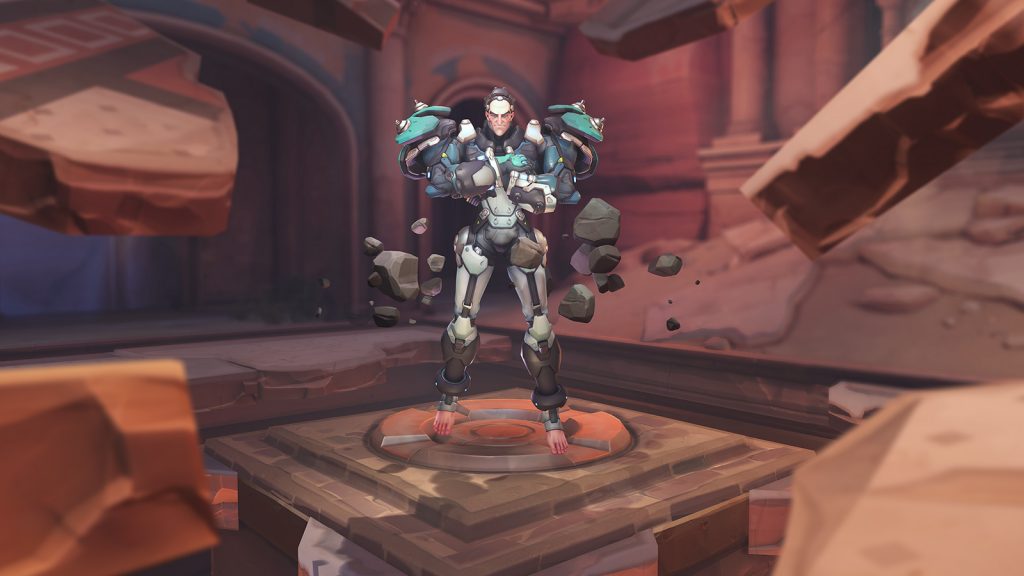 Sigma is one of Overwatch’s most powerful heroes, but he does have his weaknesses.

Sigma has already been out for over half a year, so players have had plenty of chances to get used to his abilities – but another examination of his ulatimate’s mechanics can never hurt.