One creative player has managed to bring the game of Clue into Overwatch using the recently-updated Workshop mode.

Plenty of tabletop games have been brought into Overwatch with the Workshop mode, including UNO, which is a favorite with DPS players waiting in queue.

Now, players have a new way to pass the time as they wait for matches to start with the classic board game ‘Clue.’

Clue lets players try and decide who the killer is, and no, it’s not always going to be Widowmaker.

Clue! is a game that can be played by up to six players and the Workshop version by Reddit user iaret7 is no different in Overwatch.

The board is set up in the courtyard of the Winter Wonderland version of Blizzard World. While it would be amazing to see the game played out in Chateau Guillard, setting it up would be much more challenging.

RNG determines your dice roll, which tells you how far you can move your piece, and from there it’s basically just like playing Clue, except with Overwatch heroes.

As you progress around the board you’ll collect clues (called “words” in the Workshop version) that will help you determine who committed the murder, where they did it, and how.

For example in the image iaret7 provided, the clues would seem to point to McCree killing the victim in the Game Room with a Shotgun – but whether that’s correct or not all depends on the cards other players have as well.

Maybe in the future we’ll get different maps or game boards to play on, but for now this Clue mode seems like one of the best board game-inspired Workshop modes out there. 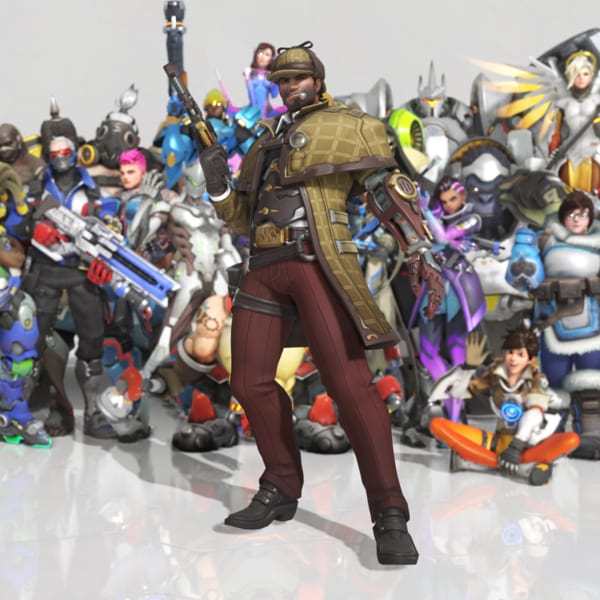 It’s also the perfect use for McCree’s Detective skin.

It might not become the next Overwatch League game mode, but Clue does seem like a fun way to kill some time while waiting for your next game to start.