A new Overwatch patch is now live that continues to nerf Moira, along with new changes for Baptiste, Ana, and a number of DPS heroes as well.

We got a preview at what was coming in the August 31 patch in the most recent Experimental update, which dropped on August 24. It’s clear Blizzard isn’t giving up on nerfing Moira any time soon.

DPS characters affected in this patch are Ashe, Junkrat, McCree, Pharah, Symmetra, and Widowmaker – and most of these changes have to do with ammunition clip size and fire recovery time (how quickly you can shoot with a particular hero). These are aimed at making DPS characters “less lethal” in the reduced shield meta we find ourselves in.

Pharah and Orisa also see minor updates as well, but the main focus for this patch definitely seems to be on nerfing Ana, Baptiste, and Moira, which is strange, considering the new “shieldless” game we seem to be entering into.

Moira’s Biotic Grasp sees nerfs to both its damage and healing modes.

To start out, the healing effects of Moira’s Biotic Grasp will now only stick around for two seconds on allies, instead of four, bringing the total healing down from 65 to just 35. This will greatly reduce the amount of healing she’s able to give to teammates.

Her healing per second has been increased slightly from 65 to 70 perhaps in an attempt to make up for the nerf to total healing time.

The healing resource she gains by damaging enemies is increased by 50% though, so you’ll be able to charge up quicker than ever before, but the rate of healing consumption has increased from 11 to 14. 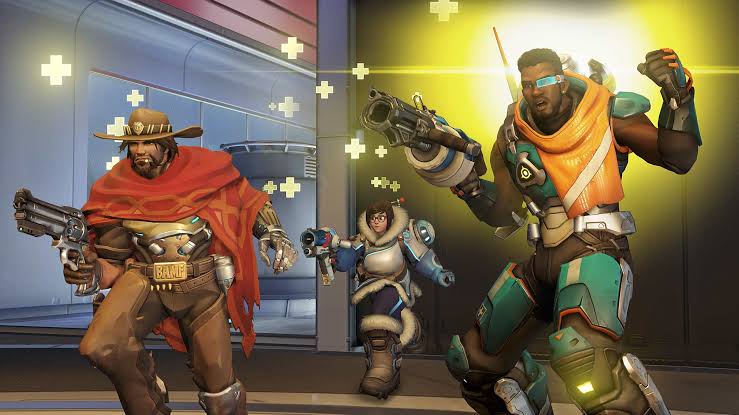 Next up is Baptiste, who’s had the size of his healing grenade clip reduced from 12 to 10 grenades before he has to reload. His Regenerative Burst will also take a hit, only healing allies for 75 instead of 150. The hero himself still gets twice as much healing from the ability though, so at least it will help keep him alive at least.

Ana’s nerf is the simplest of all the supports, her ammo has simply been reduced from 14 down to 12, which cuts down on the amount of healing she’s able to put out before having to reload.

As we mentioned, several DPS heroes along with Orisa and Zarya also see updates in the August 31 update, and you can read all about them in the full patch notes below.

Developer Comments: In an environment with less pervasive barriers, some Damage heroes have become increasingly lethal. As such, we’re now looking to reduce damage outputs accordingly. As a cascading effect, this also introduces a need to reduce healing outputs for some Support heroes, as there’s less damage being dealt overall.