Artist Stan Volsky shared a video of his latest project on October 6, revealing a beautifully-crafted diorama of the Overwatch map Temple of Anubis.

The diorama shows the entrance to the temple on the second point with each nook and cranny of the display refined to mimic how it looks in-game. Parts of stone appear to be held together enough so that the structure doesn’t collapse, but it still has some age to it.

Impressively, even the hieroglyphics above the door have made their way onto the work of art, and they too have that “aged” look that Blizzard was able to implement in the map’s design.

Even some of the stone that had given way over time and sits by the temple entrance has been recreated for the diorama – a sign that Volsky went all out.

The Temple of Anubis is one of Overwatch’s first maps, and is home to the mother-daughter hero pair Pharah and Ana. According to the game’s Visual Source Book, the temple is said to hide the entrance to a research facility that houses an artificial intelligence. 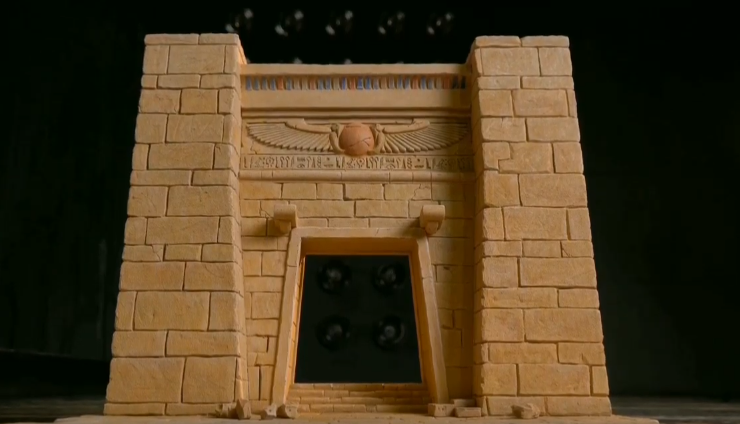 Stan Volsky’s Temple of Anubis diorama is based off the defenders’ spawn.
[ad name=”article3″]

What else has this artist done?

With a name like Volsky, it may be fitting for the artist to attempt another Overwatch map in the future, potentially Volskaya Industries.

Even one props in the composition can create an interesting scene for photos. :palette::paintbrush:️This simple concrete pillar is a good example of how you can make interesting props for scenes and photos out of ordinary things.

You can check out more of Volsky’s work at his Instagram.

It will be fun to see what his next work will be or even if he sticks with the Overwatch theme, but in any case, he has some serious skill at his disposal.