Overwatch fans love creative skin designs for their favorite hero, and now one Overwatch fan an artist has created an impressive skin concept for Reinhardt along with a whole new event for the game.

Some Overwatch players have complained that the same rotation of events in the game the last three years has gotten stale, rather than complaining, illustrator Toyso decided to create their own event completely from scratch.

For the “Once Upon a Time” event, Toyso created an original Reinhardt skin based on The Beast from the classic Disney movie “Beauty and the Beast.” 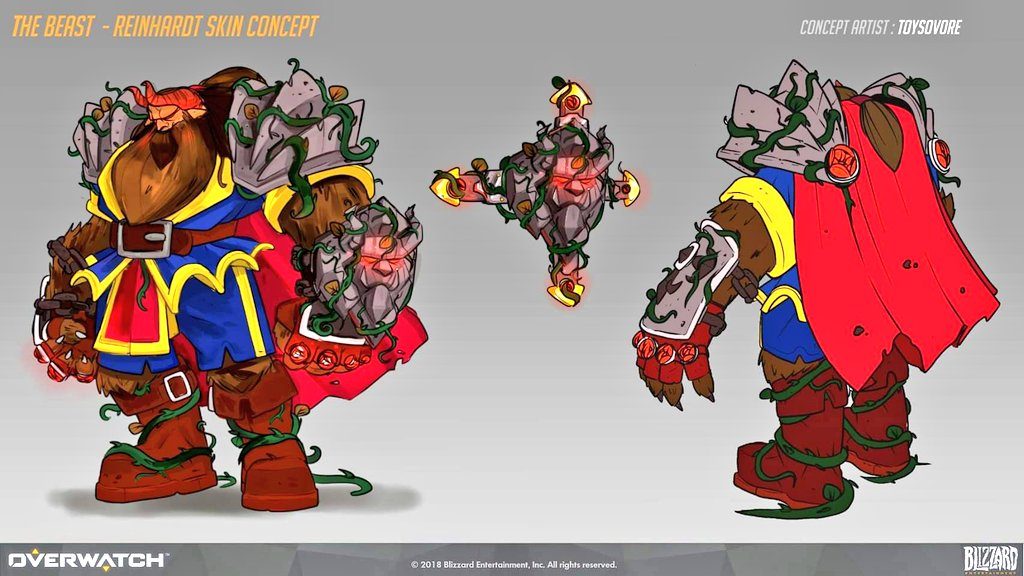 The skin definitely resembles Beast with the clothes and the ample hair, while still being recognizable as Reinhardt.

Toyso even gave Reinhard’t hammer a makeover, transforming it into the glass case holding the Beast’s rose, not something that seems like it would hold up well being swung around, but it does look really cool.

The French artist is far from done, and has plans to create even more original skins for their event live on Twitch. 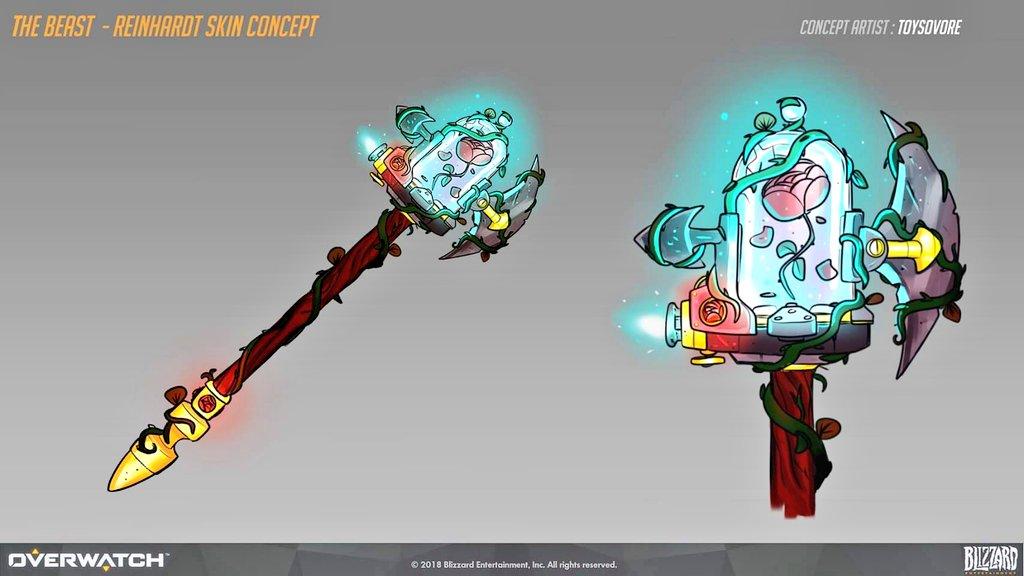 There’s certainly a ton of potential when it comes to Disney/Overwatch crossover skins, and with Overwatch League being played on Disney-owned networks like ESPN, the possibility is there.

For now, Toyso’s “Once Upon a Time” event remains just an idea, one that hopefully leads to plenty more awesome skin concepts.

The next actual Overwatch event will be the Archives event, which ran from April 10 to April 30 in 2018 and featured the PvE missions “Retribution” and “Uprising”.

Players should get a whole new PvE event to play this year as well, but so far, there haven’t been any indications of what that might look like.