Blizzard have released a new Overwatch PTR patch on April 18 that will finally take players to the busy streets of Havana, after the map was first debuted during the ongoing Storm Rising event.

The new location was initially exclusive to the PvE mission in Overwatch’s Storm Rising Archives event, but the Blizzard devs are now getting ready to launch the map as its own entry.

The PTR update is going to open the doors to the vibrant city which will feature sights and sounds that the iconic location is known for. 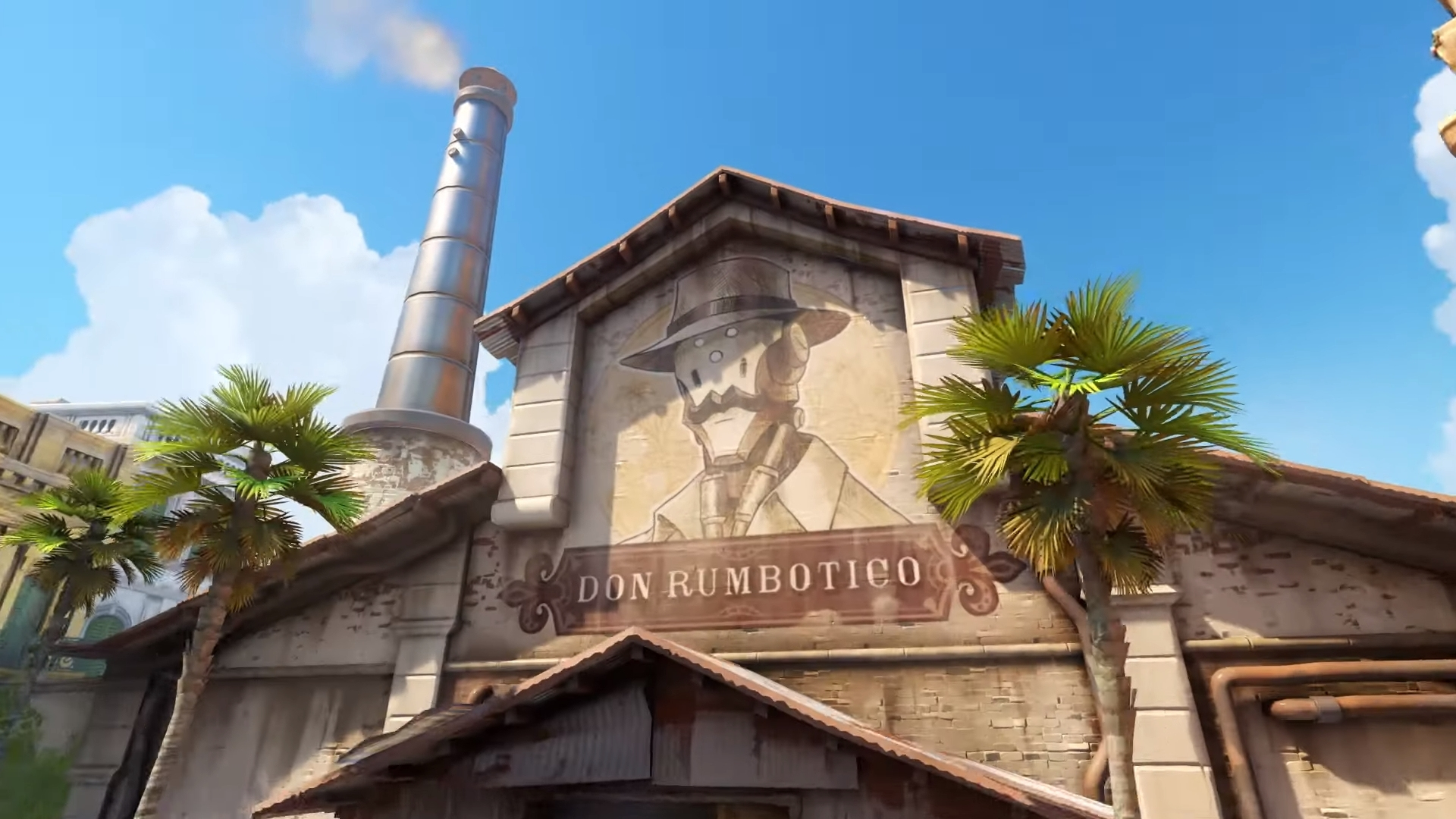 Players will fight their way through Don Rumbotico distillery in the new Escort map.

Havana has been tailored to be Overwatch’s new Escort map and will have players guiding a truck loaded with rum barrels to a private sea fort through the map’s different stages.

Like the other Overwatch maps based on real-life locales, the Blizzard team have produced a stunning reimagining for the port city, filled with vehicles, roadside vendor markets, colorful structures and more.

The map will also include small restaurants and cafes for players to take a moment’s repose while ducking out of fire.

What are you waiting for? Chase the sun to Havana on the PTR. :flag-cu: pic.twitter.com/eoqIBWfd5D

What are the different stages to Havana?

Being an Escort map, players will be met with swift changes to the scenery that will start through the busy narrow city avenues while attacking players fight their way up the cobblestone streets to the next point.

The fight will lead to the doorstep of the Don Rumbotico rum distillery, where the attacking team will have to fight their way through the factory to a street on the other side where the last point awaits. 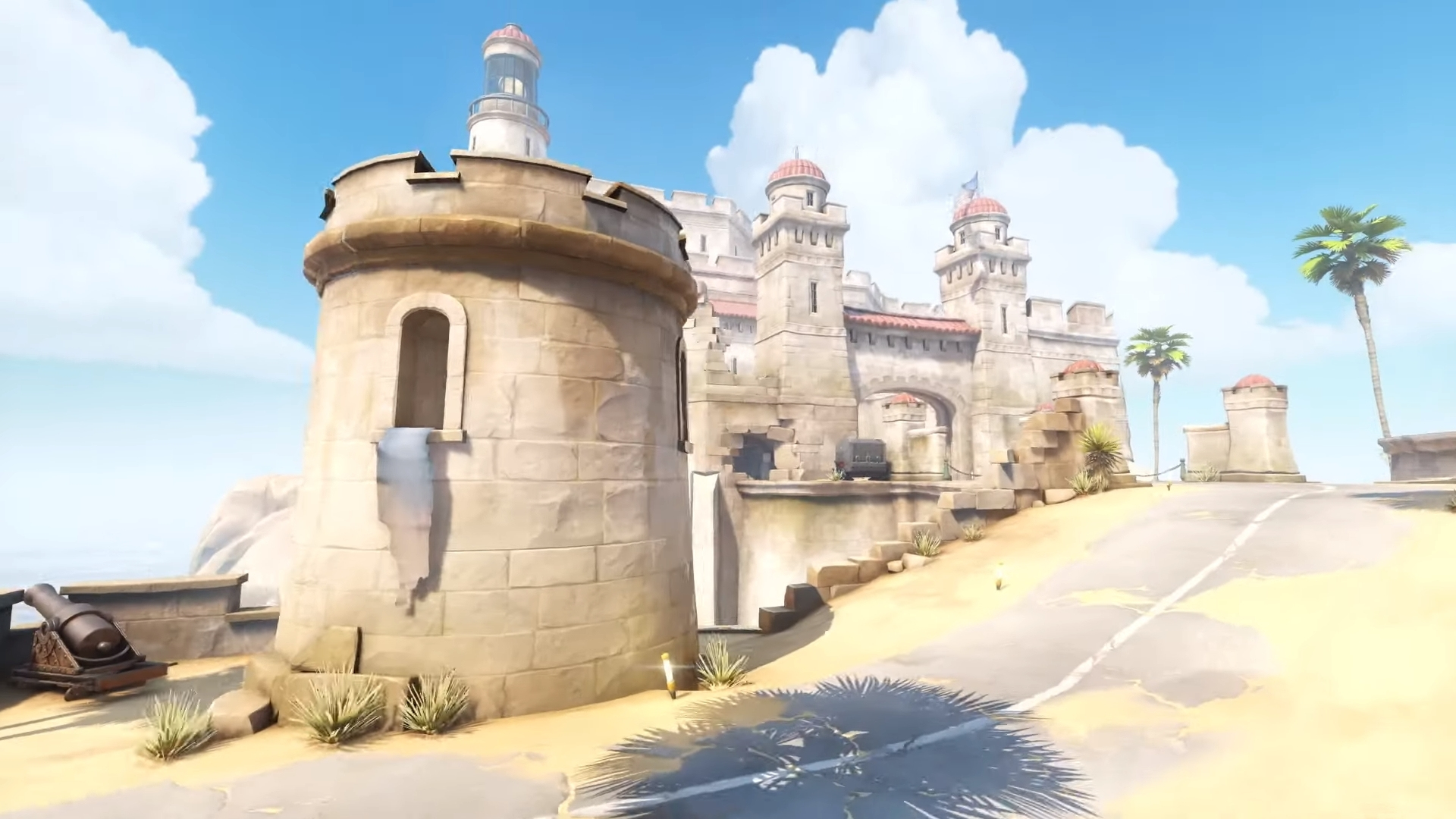 The Havana Sea Fort where players will fight their way to push the jalopy through.

The final push will have the defending side trying to keep the other team from making their way up to the Havana Sea Fort which, according to Blizzard, is a “historical landmark recently purchased by an anonymous financial group and closed to the public.

Since Havana has already been out in some form, the crew at Blizzard have been hard at work cleaning some of the more problematic bugs they’ve found so far.

Among simple text errors on posters and the Taller de Sebastián, Blizzard cleaned up the bug that made players slide along the corners of walls and bottoms of pillars on the second floor of La Euforia. 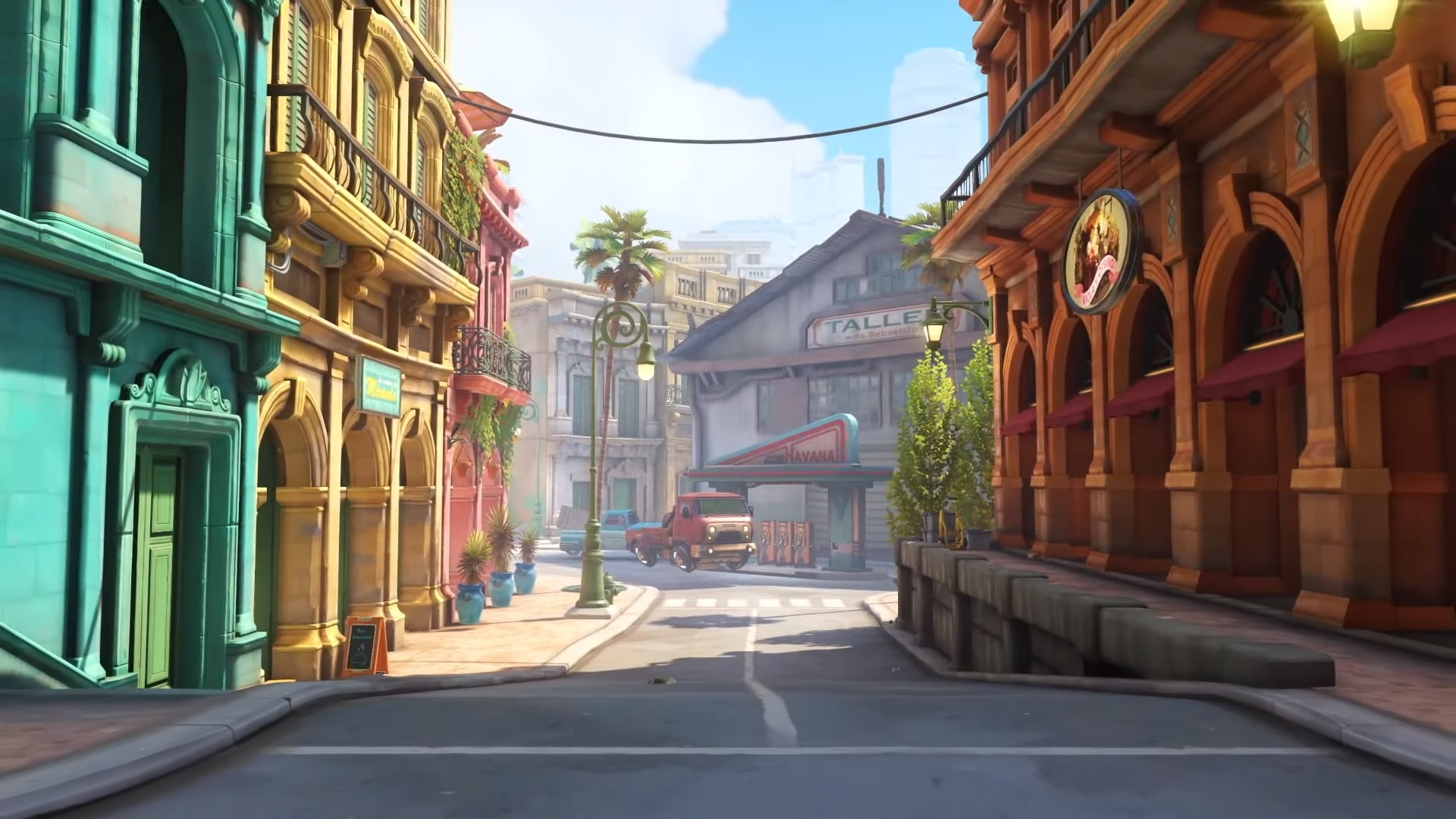 All Overwatch players will be treated the the colorful Havana streets when the map gets out of the PTR.

Players should also watch out for the Havana’s Yucca plants. There was an issue that made players get stuck on the plants, but the devs have straighten that bug out, though you can never be too careful.

For the full look at what’s coming in the April 18 update to the PTR check the patch notes below courtesy of Blizzard.

A new Overwatch patch is in development and now available for testing! To share your feedback or report any issues, please post in the PTR Feedback 8 or PTR Bug Report 1 forums.

Havana, a vibrant, historic port city where the winds of change blow strong, is home to Overwatch’s newest Escort map!

Begin your trip at the Taller de Sebastián, where the classic cars that line Havana’s bustling streets stop for refueling and repair. Escort a truck of rum barrels on the sun-drenched cobblestone roads, fighting off those who try to stop you. As you make your way, duck into a colorful building to escape enemy fire and savor the impressive flavors of Havana at La Cocina de Miranda or Café del Sol. Battle your opponents through the alleys until you reach the Don Rumbotico rum distillery, a once little-known local treasure that has recently earned international acclaim. Finally, guide the jalopy through the distillery to its destination at the Havana Sea Fort, a historical landmark recently purchased by an anonymous financial group and closed to the public.