One creative hinted at a possible new tank named Mauga.

With the Overwatch community talking non-stop about the possibilities for Hero 31, artist Armando Gonzalez-Dorta decided to throw his hat into the mix with an interesting concept for an original tank hero. 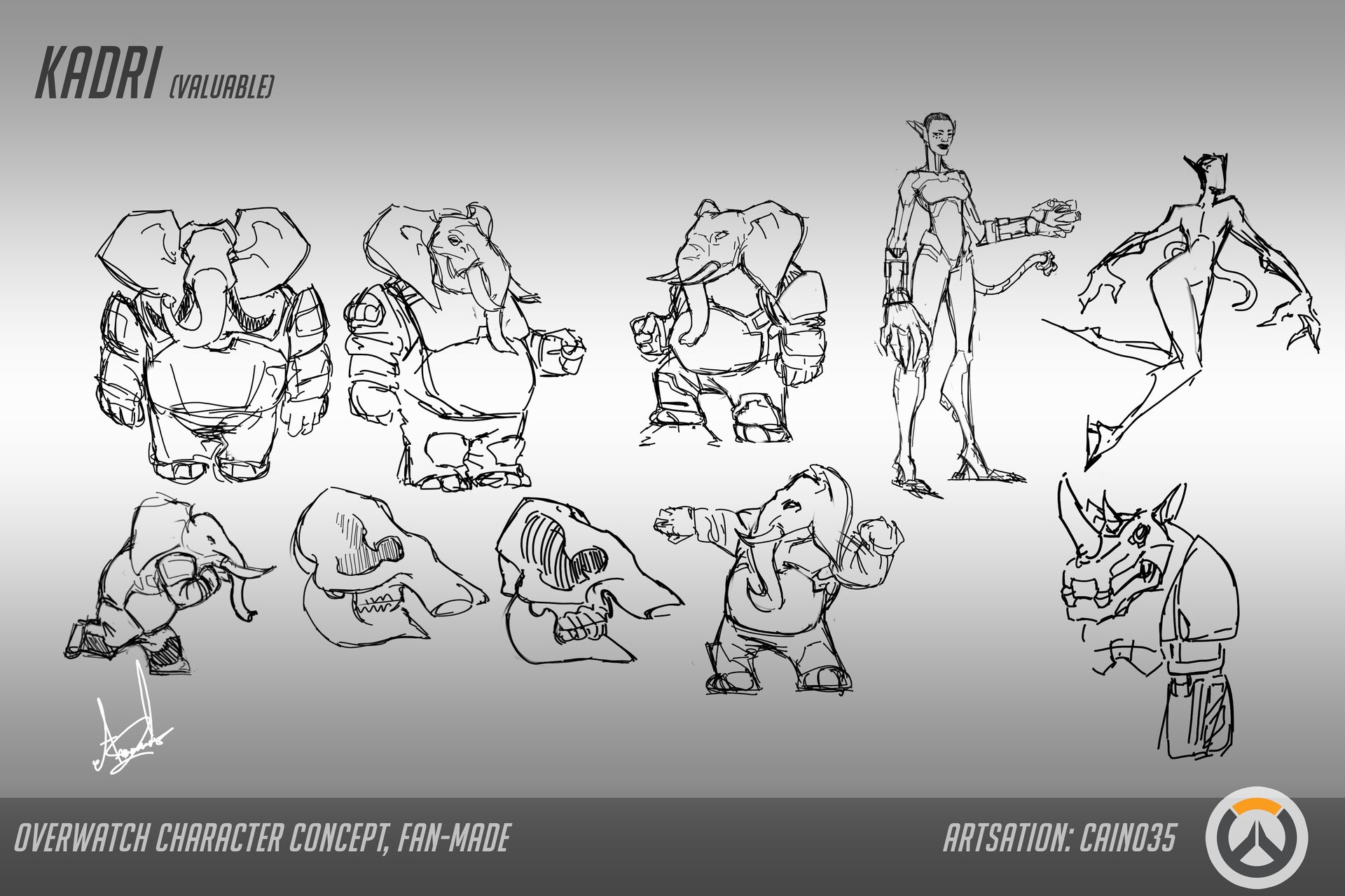 Kadri could have been a rhino, but Gonzalez-Dorta decided to go with an elephant in the end.

An elephant in Overwatch? Why not

Gonzalez-Dorta’s hero is called Kadri, and he’s a giant elephant who went through the same genetic changes as Winston after being rescued by Overwatch from poachers.

His main weapon is a spear, which can form a shield when two of them are placed down at the same time, kind of like an expanded Orisa barrier. 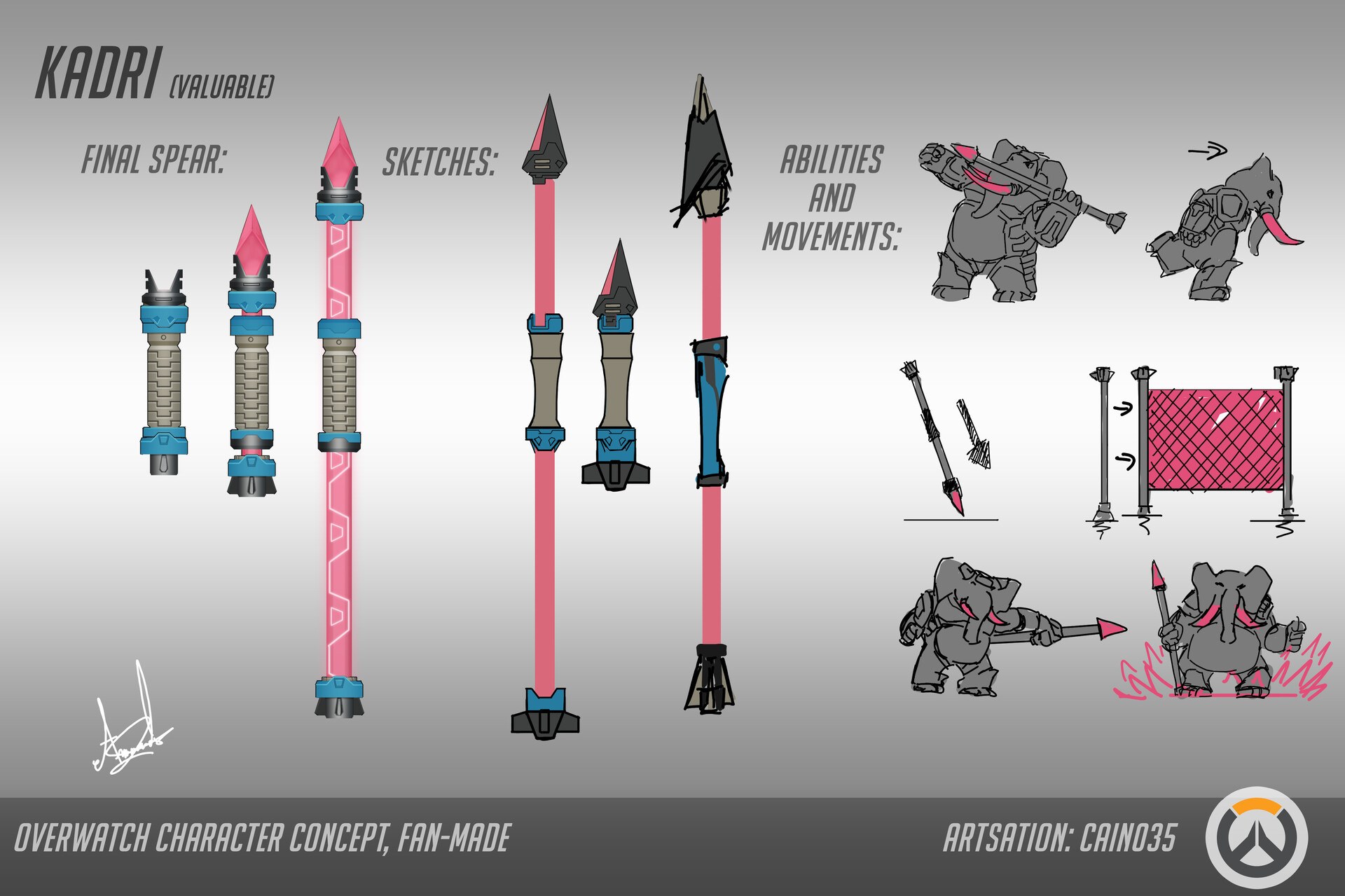 Kadri’s spear would be a flankers worst nightmare.

He can also stick enemies to walls or other surfaces with his spear, which should help when taking out those pesky flanking Tracers.

Finally his ultimate, or what would probably be his ultimate, is called “Stampede” and sounds similar to Brigitte’s Rally, but provides different buffs than just armor. 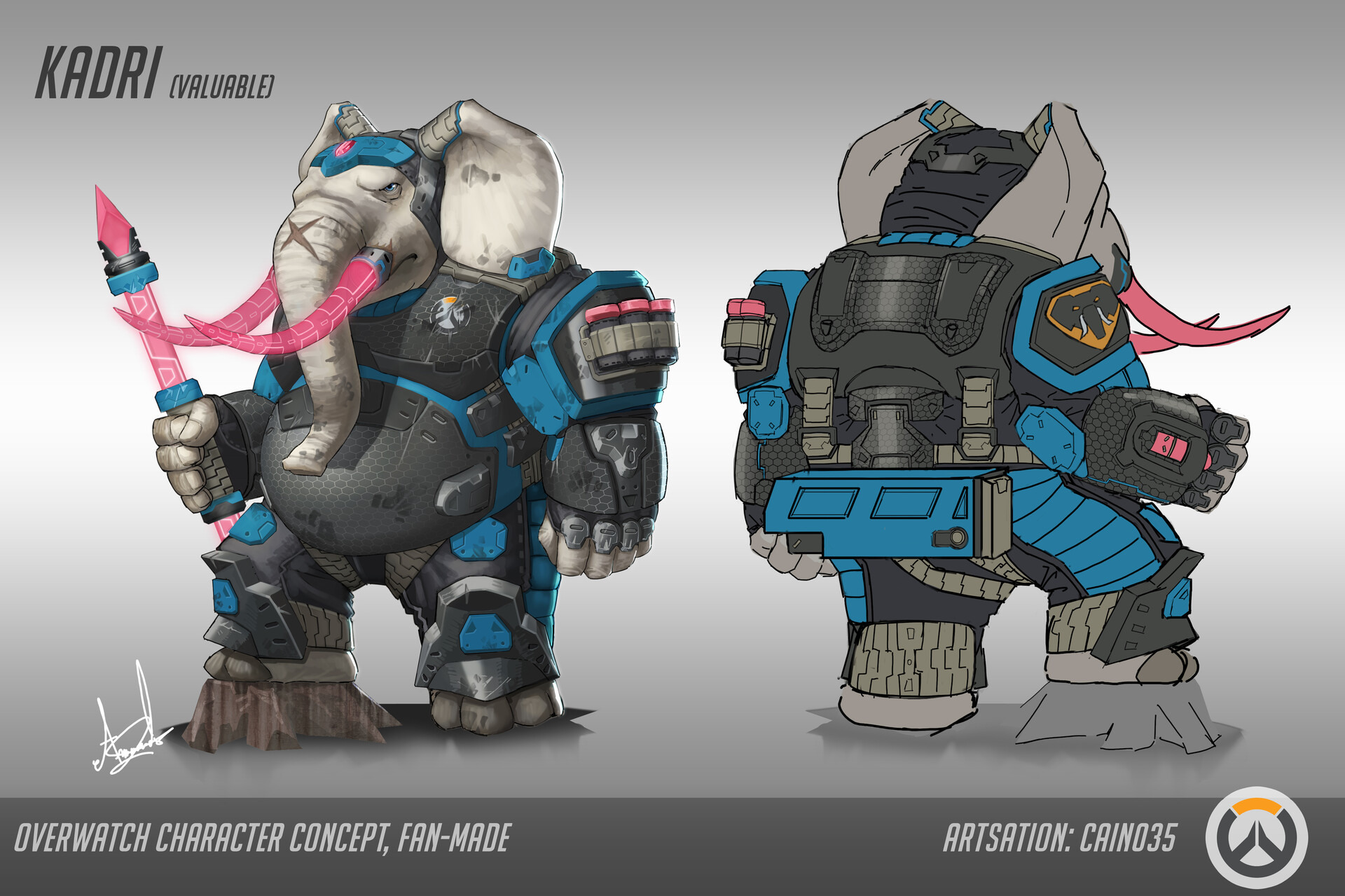 Kadri looks like he would make an excellent main tank.

When does Overwatch’s next new hero come out?

We don’t know exactly when the next Overwatch hero will be coming out, but Jeff Kaplan has indicated it will be sometime this summer.

After the release of Baptiste’s “What You Left Behind” short story, fans have speculated that a character from that might be the next new hero.

Whoever ends up being the next new Overwatch hero (we haven’t forgotten about you, Junker Queen) it’s clear fans have, as always, plenty of great ideas and designs.