An artist created an incredible skin for Overwatch’s newest hero, Echo, and capitalized on her Singaporean roots.

Overwatch’s Echo is the first hero from Singapore to be added to the game and some of her voice lines are in ‘Singlish’ – an unofficial mishmash of the English language and Singapore’s slang.

While the character may be from the South Asian city-state, you wouldn’t know it just by looking at her, being an Omnic and all. As such, artist and Redditor Omo-bora took it upon themselves to create a skin to celebrate the character’s heritage.

Echo is the last hero until Overwatch 2.

“As a Singaporean I was pretty hyped for Echo, but her Skins were lacking in Singaporean flavor,” the user said in a post on Reddit. “So I designed an Orchid Skin for her!”

The skin utilizes the colors of Singapore’s national flower, the Vanda Miss Joaquim orchid, and builds from there with some fancy garden designs on her body and a blooming petal face.

It’s such a shame to pay homage to the flower and not include some of its beautiful colors and petals,” Omo-bora noted. “Especially when Echo kind of looks like a forest pixie with the right design.” 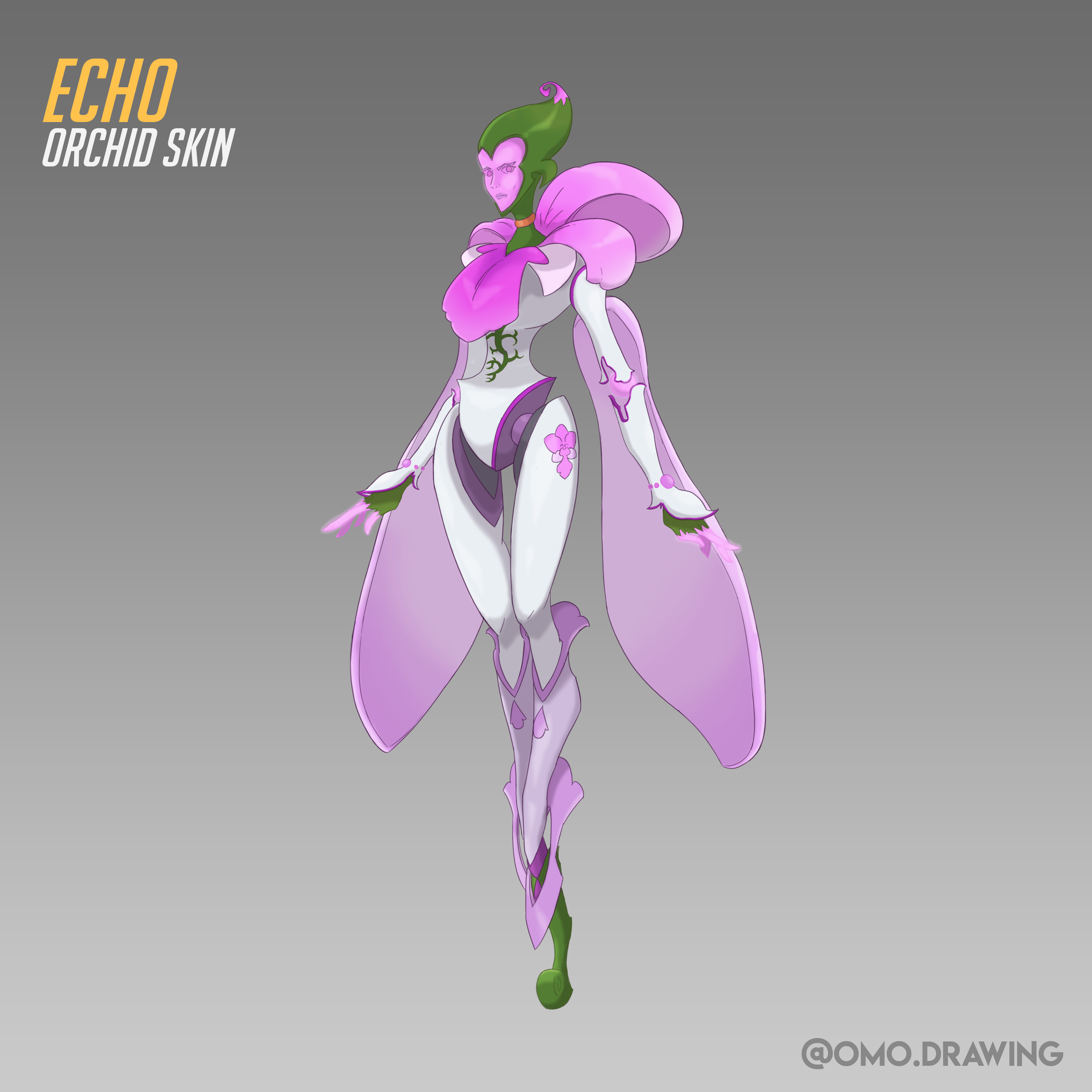 In this take, the skin is built around the country’s national flag and its red and white colors.

While other characters have skins that pay homage to their nationality, many of those are only available during the Summer Games event, so it’s possible that Echo may be getting a real Singapore skin in a few months.

#Echo in her fan-made (by me!) @TeamSingaporeOW skin with the @ArtSciMuseum peeking through in the background! pic.twitter.com/KvKgG9G4Ix

Hopefully, we see even more countries represented once more heroes are added in Overwatch 2.

One such country is Canada as it was confirmed at BlizzCon 2019 that the Canadian hero Sojourn will be releasing alongside the sequel.