Has Numbani been removed from Overwatch's Competitive mode? - Dexerto
Overwatch

Has Numbani been removed from Overwatch’s Competitive mode?

A number of Overwatch players say they haven’t played Numbani in Competitive for a while and all kinds of theories about the disappearance are starting to pop up.

Numbani is one of the original stages in Overwatch, and the hybrid map served as the Backdrop for both Doomfist and Orisa’s origin stories.

Over the weekend, players began to post about Numbani “disappearing” from Overwatch’s competitive map rotation – and the conspiracy has only gained traction since.

There’s no official way to check which Overwatch maps are in the Competitive rotation or their pick rates, but Reddit user Riggler2 provided data from his last 330 games in Comp to try and aid the cause.

Out of 330 Competitive games, Riggler2 said they only played Numbani eight times )or 2.4 percent, if you want to get technical). The last time it showed up for them was on the evening of April 13.

After multiple games, Dexerto wasn’t able to get Numbani in the Competitive rotation either, but just because it isn’t showing up in Comp doesn’t mean it’s completely gone.

Numbani still appears in Arcade modes like Mystery heroes and shows up in Quick Play, as reported by multiple players, so it hasn’t completely disappeared at least. 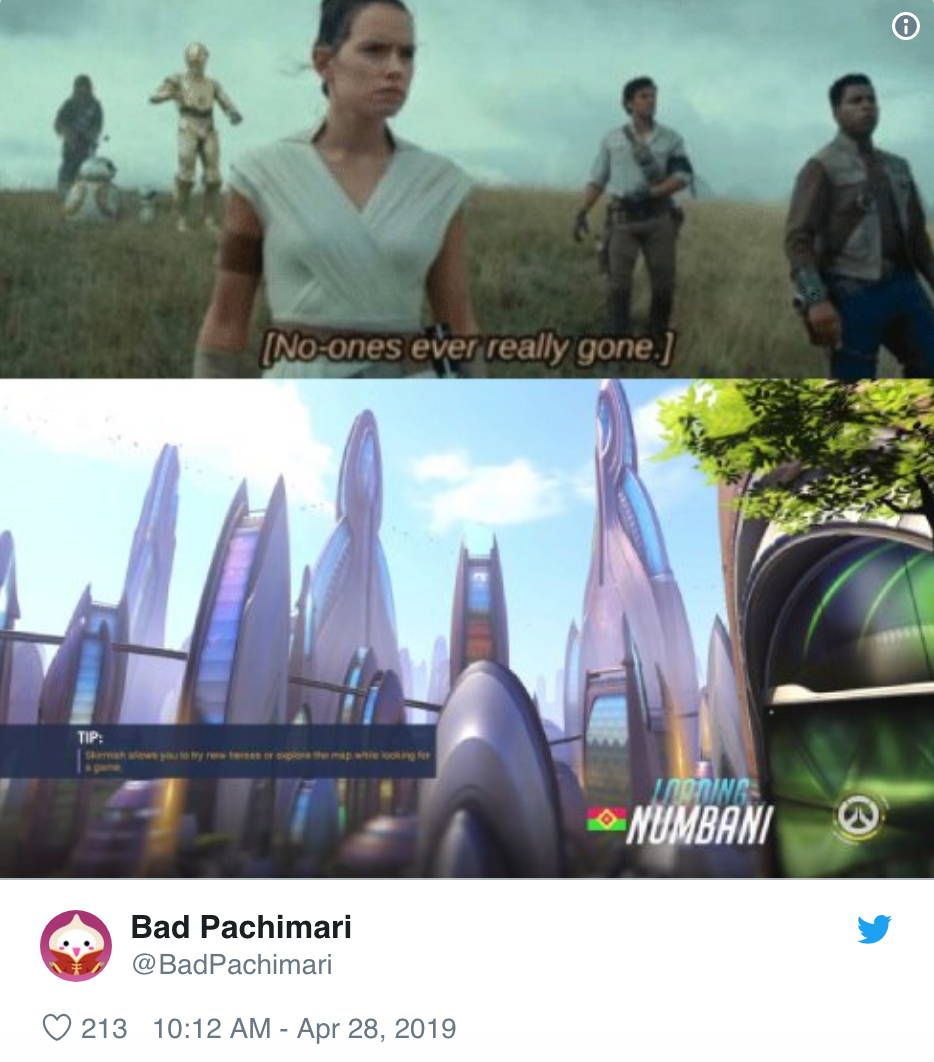 Why is Numbani being shunned from Comp?

A ton of players on Reddit, Twitter and the Overwatch forums are wondering what happened to Numbani in Competitive play, and they’ve come up with some pretty creative theories.

There’s been suggestions that Numbani is simply part of the supposed Mandala Effect, but the fact it still exists in other game modes quickly disproves that theory.

A Twitter user named Solaire replying to Bad Pachimari’s tweet on the subject said they heard the map was removed to have the attacking spawn redone and maybe take out the wrecked OR-15s.

That seems more plausible than other theories, but it still leaves us with the question of why the map is still appearing in other modes.

Whatever’s going on with Numbani, Blizzard hasn’t said anything yet, so exactly why its become ultra-rare in Overwatch Competitive remains unknown.