Overwatch unveiled the newest trailer for the upcoming Storm Rising event on Monday, April 15 and it shows off some new details about the 2019 Archives event.

Storm Rising is the third Overwatch Archives event and players will once again get a brand-new PvE mission for this year’s event.

The main Storm Rising mode will feature Tracer, Genji, Mercy and Winston hunting down Doomfist’s Omnic accountant Maximilien on what could be a new map in Cuba. 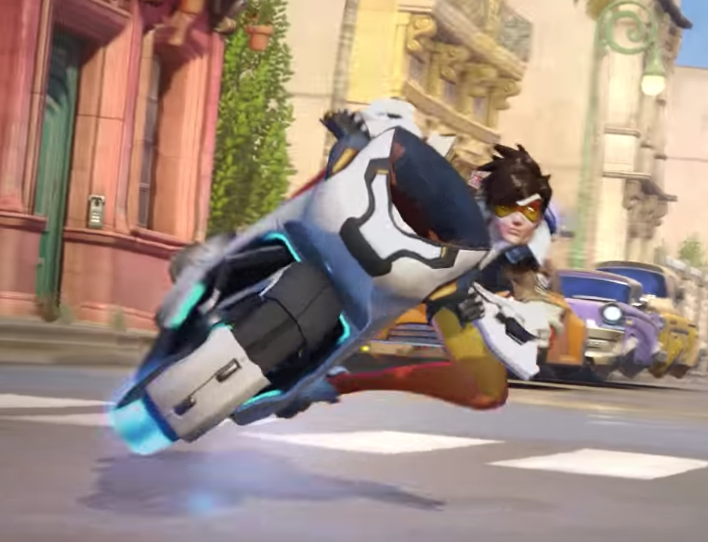 Yes, that is Tracer on a hoverbike.
[ad name=”article2″]

What’s in the new teaser?

The trailer opens with a monologue from Maximilien before jumping right into the action of the PvE mission.

It looks like Overwatch will once again be facing off against the various types of Talon Troopers, including the infamous Heavy Trooper.

There was also a fascinating shot of Tracer on a hover bike, something that would be very, very different for Overwatch to include during the mission.

Players seem excited about the possibility of playing as Tracer on a hover bike during the mission, but some said they thought it would probably only be in the cutscenes. As of writing we don’t know exactly how Tracer’s bike will fit into the mission.

What do we know about Storm Rising so far?

So far Overwatch has revealed eight out of nine new skins coming for the event, with only Ashe and B.O.B remaining to get a new skin, based on a leak from April 10.

There’s been no news on a new map, but a brand-new Cuban location has been previewed in all of the teasers and skin reveals so far.

Overwatch’s Storm Rising Archives event gets going on Tuesday, April 16, so any news on Ashe’s skin or a new map should come by then.

How to get Dialga & Palkia Origin Formes in Pokemon Legends Arceus