A new Overwatch short story gives fans a nice bit of lore on Baptiste as well as previewing an upcoming skin for the game’s latest hero.

Baptiste was released on March 19 and quickly made his mark on the game while becoming a fan-favorite at the same time.

Now, Blizzard has released another short story similar to “Bastet” that details Baptiste going on a mission in Haiti with some of his old Talon buddies as well as teasing a new skin for the hero.

From left to right: Baptiste, Mauga and Nguyen in “What you left behind”.
[ad name=”article2″]

What did Baptiste leave behind?

We know from his origin story that Baptiste was a member of Talon but “What you left behind” details how he got out of the organization after a mission gone wrong.

It also follows Baptiste, his former Talon teammate Mauga, who’s basically a Talon Heavy Assault, and their handler Nguyen in Haiti as they track down a pharmaceutical boss who’s been ripping off the people of Port-de-Paix and Talon at the same time.

Baptiste's past finally catches up to him… with explosive results.

Read WHAT YOU LEFT BEHIND, a new Overwatch short story.

The story also tells us about how he gets into contact with Overwatch, which has just received Winston’s Recall notice, and even features an appearance from Sombra, who we’ve been told is good friends with Baptiste.

More importantly, a brand-new Baptiste skin was teased at the end of the story that features a full face mask and crisp, white armor that’s sort of similar to his Talon skin from Archives, but without all the edginess. 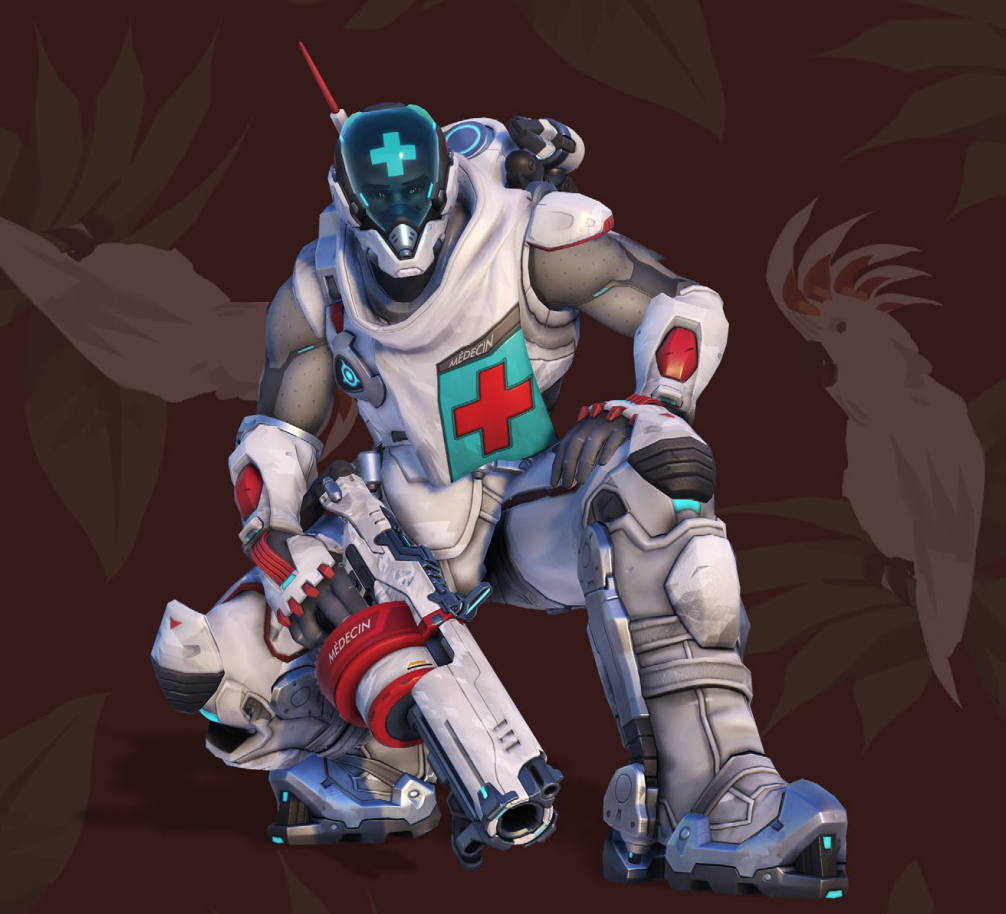 Baptiste, in full medic mode from the “What you left behind” story.
[ad name=”article3″]

When will we be able to get the new skin?

Overwatch will more than likely be holding a limited time event where players can earn the skin, similar to Ana’s Bastet Challenge and D.Va’s Nano Cola event.

According to files shared by Blizzard for the release of the short story, the event could be known as “Baptiste’s Reunion Challenge”, but so far we have no information on when it will start or end.

Getting any new Overwatch lore is always a big deal and fans will be eagerly waiting to find out when they can unlock the awesome new Baptiste skin.