One Overwatch fan and Sigma fanatic went to great lengths to bring us more details on the shooter’s latest hero.

Sigma was first playable on the PTR on July 23, 2019, and the hero, along with his kit, quickly shook things up in Overwatch.

Besides his origin story video, and a few easter eggs found in-game by fans, we don’t have too much official backstory on Sigma from Blizzard.

As the newest hero in the game, a lack of lore for Sigma isn’t surprising since he doesn’t have his own short story and mini-event like Mercy, and other heroes yet.

Lore from the voice of Sigma himself

A fan running a blog dedicated to the hero on Tumblr shared an email exchange that they had with Boris Hiestand, the actor who voices Sigma in Overwatch.

In the email, she asked Heistand six questions about Sigma, his place in Overwatch, and a little about the hero himself.

Among the questions was Sigma’s opinion on Talon, whether he believed in extraterrestrial life or what some of his hobbies were. 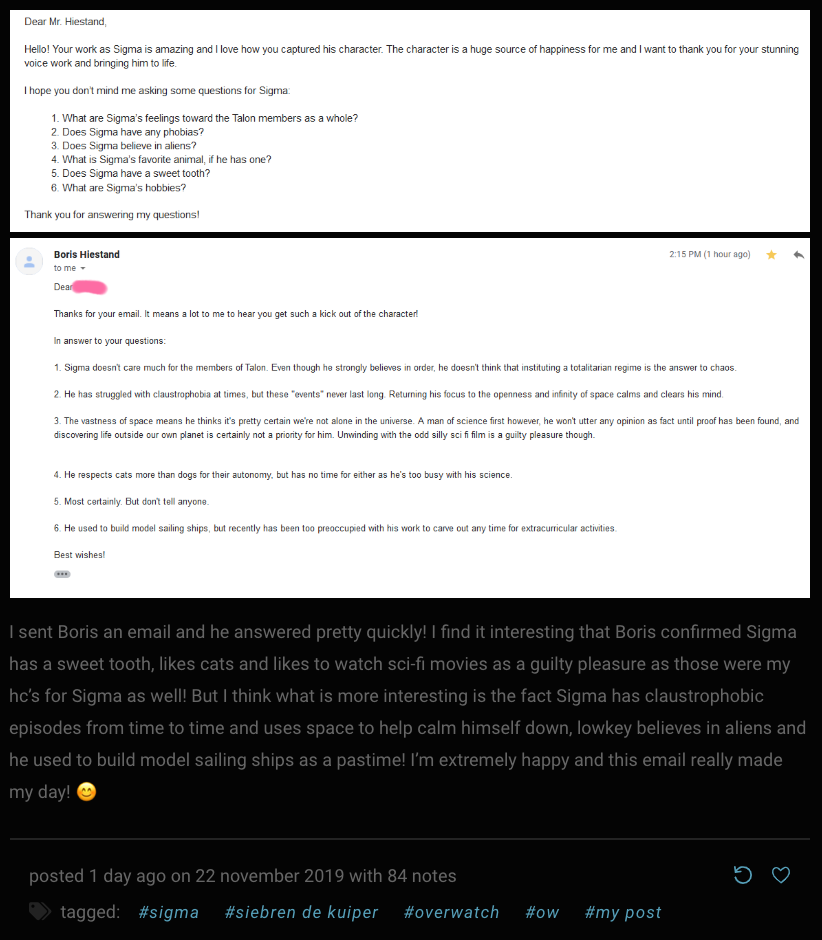 Hiestand revealed that Sigma didn’t necessarily approve of Talon, even though he’s supposed to be working with/for them, but would not confirm or deny whether Sigma believes in aliens or not.

“Sigma doesn’t care much for the members of Talon,” the voice actor said. “Even though he strongly believes in order, he doesn’t think that instituting a totalitarian regime is the answer to chaos.”

“The vastness of space means he thinks it’s pretty certain we’re not alone in the universe,” Hiestand said on the extraterrestrial issue. “A man of science first however, he won’t utter any opinion as fact until proof has been found. Unwinding with the odd silly sci fi film is a guilty pleasure though.” 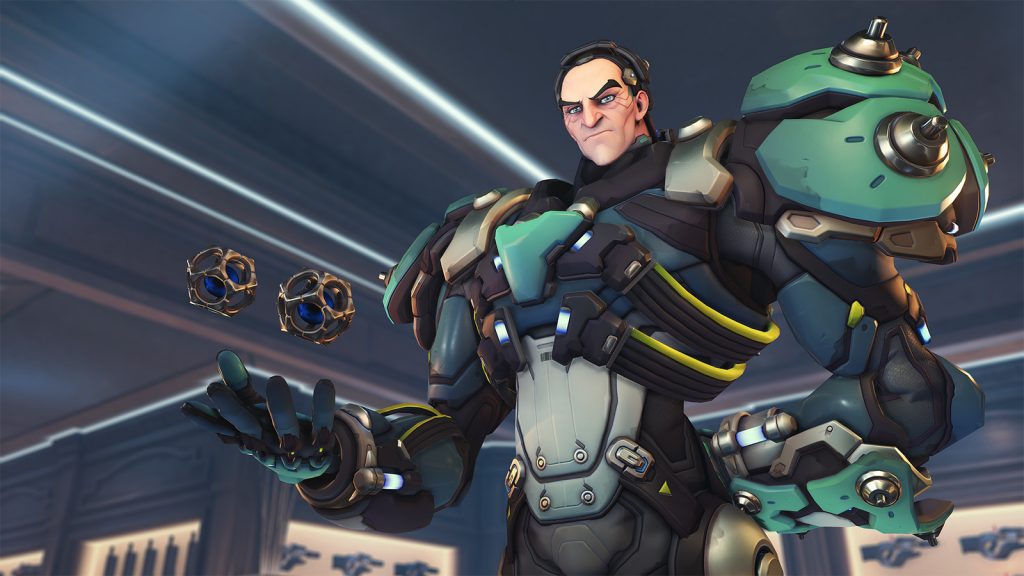 The man behind Sigma also revealed that in his spare time the hero liked to build model sailing ships, but hasn’t had time since losing his mind and all that.

Only time will tell whether or not we ever see a sailor skin for Sigma, but we do know he’s most likely getting a new Winter Wonderland skin when the event starts in December.