Kaplan dutifully took his place in front of the fire to hang out with the Overwatch community on December 24 and eat cookies, build LEGO, and decorate the tree with ornaments sent in from players and fans.

While he was constructing an Overwatch LEGO set, Kaplan teased viewers by openly wondering about a hero that fans have been asking about since she was first introduced in the game’s lore: the Junker Queen. 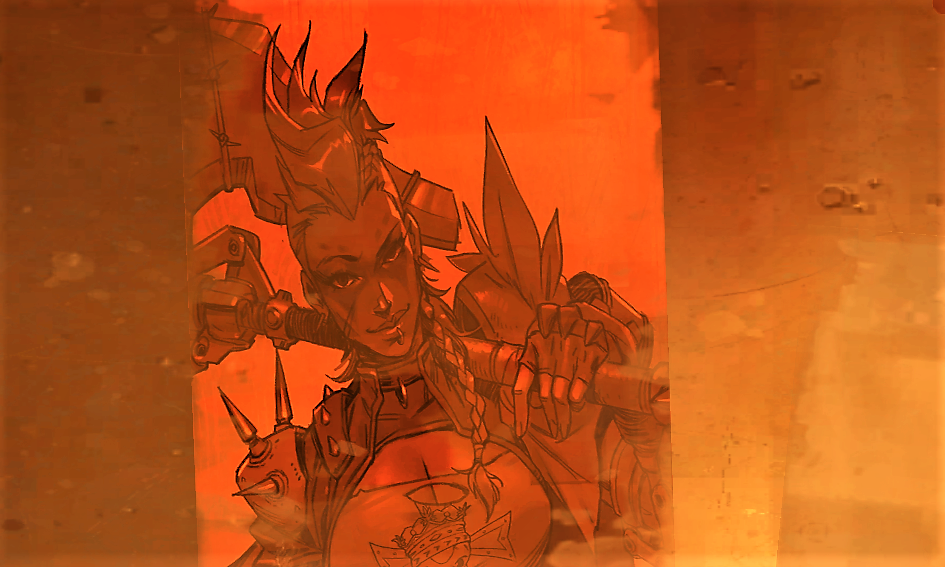 Fans have been hungry for any information on the Junker Queen since she was revealed along with Wrecking Ball.

Of course, Kaplan didn’t confirm whether or not the Queen would ever be a hero, but he did speculate on what her role could be if she were added to the game.

“I wonder if the Queen is ever going to be a hero,” Kaplan said. “What would she be? She’s not going to be Support, right? That doesn’t make a lot of sense.”

With Support off of the table, Jeff did leave the door open to the Queen being a Tank or DPS, but of course, he didn’t specify which.

“Maybe she’s a tank, she could be damage, damage or a tank would be cool,” Jeff said before diligently heading back to his LEGO set.

So even though Jeff’s tease didn’t tell us exactly what the Junker Queen’s role will be, it did narrow it down to DPS and Tank, which is definitely more than we knew before.

Kaplan teased that Junker Queen would probably be added to Overwatch as a DPS or Tank.

Kaplan didn’t mention anything else about the Junker Queen during the stream, but it might be worth keeping an eye out for her to come out sometime during 2020.

If you missed Jeff’s Christmas Eve Yule Log stream, the full VOD is available on YouTube and there will be a replay on Twitch for Christmas day.