Overwatch Director Jeff Kaplan explained to fans on the official Overwatch forums why the game doesn’t have a ping system like Apex Legends does.

The idea of implementing a system similar to Apex Legends’ ping in Overwatch has been floating around the Overwatch community practically since Apex launched on February 5.

In a post discussing Apex Legends ping, Kaplan praised what Respawn was able to do with the system in the new game.

“Respawn did such a good job with the Ping System in Apex Legends,” Kaplan said. “It works really well.”

He went on to reveal that developers originally included a very similar ping system back in the early development of Overwatch, based off of games like League of Legends and Heroes of the Storm.

Kaplan explained developers eventually removed the feature for a few reasons, one being that the ping got to be “very spammy if more than a few people were using it.”

He also said that the geography of Overwatch maps and the engagement distances is “fairly constrained” compared to Apex Legends.

“This made pinging upwards challenging and often frustrating,” Kaplan wrote. “An example is standing at the gate of point A of Temple of Anubis and trying to ping the upper ledge above the gate entering point B. Our engagement distances tend to be in the 10-30 meter range (for perspective it’s about 45 meters all the way across the entire dojo in Hanamura B). In Apex, you have very long engagement distances and very big maps… it makes it easier to ping below you.” 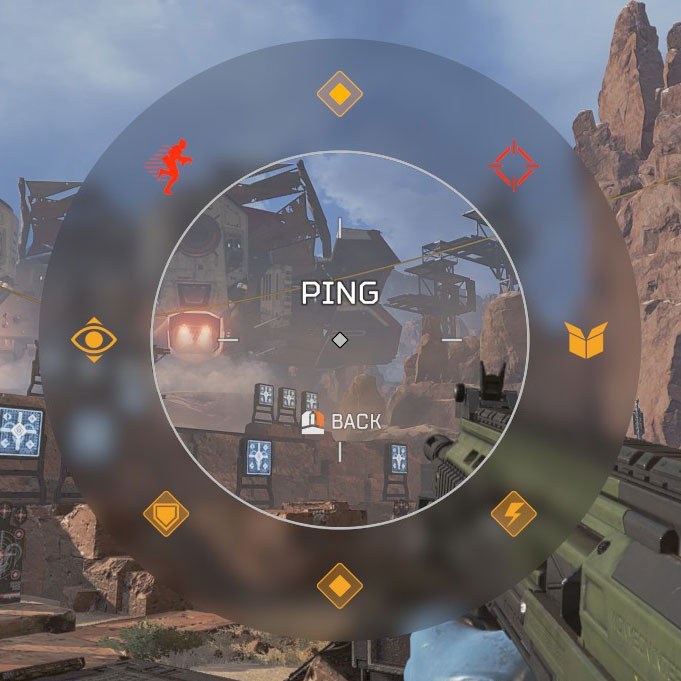 Kaplan also mentioned he wouldn’t mind going back and taking a look at the ping system in Overwatch again, to see if there’s some way to make it work.

“We do have some designs for improvements and customization to the communication wheel that we’re trying to get in,” he revealed. “But we’re always appreciative of feedback and suggestions.”

So it looks like fans who were hoping Overwatch developers took note of what Apex Legends did well are actually getting what they asked for.