How to earn Free Echo cosmetics along with her Overwatch release

Echo is the newest hero to grace the Overwatch roster, and Blizzard is giving players the chance to unlock exclusive rewards for her just by watching Twitch.

The last hero to be added before Overwatch 2 eventually arrives, Echo, along with all of her skins and cosmetics, was added in an update on April 14.

As a high-flying DPS character, the wait will be plenty long to get into Quick Play and Competitive matches to use her – but luckily, Blizzard has given us a way to earn sprays and pass the time while we queue.

To celebrate the arrival of Echo, players will be able to unlock up to six exclusive skins by watching Overwatch on Twitch, just like during one of the mini-events.

You can earn the sprays by watching any streamer in the Overwatch category, from now until April 20. As always, it’s important to note that your Twitch account must be linked to the Blizzard account you play Overwatch on in order to receive the drops.

As with other Twitch Overwatch promotions, two hours will get you one spray, four hours unlocks two more, and six hours unlocks the final three, including what might be one of Overwatch’s best sprays yet of Genji reenacting the famous Spider-Man impostor meme.

“Only a Shimada can control the dragons.” Buddy, have we got some bad news for you.

In addition to the exclusive Twitch sprays, Overwatch is also putting on an Open Division tournament that any player can compete in called the Flash Ops: Echo Showdown, with a prize pool of $50,000 split between Europe and NA.

The competition will take place from April 18-19, and all teams will be required to have an Echo on their team at all times. If you have five Overwatch-playing friends and want to give it a shot, you can get more information and sign up right here. 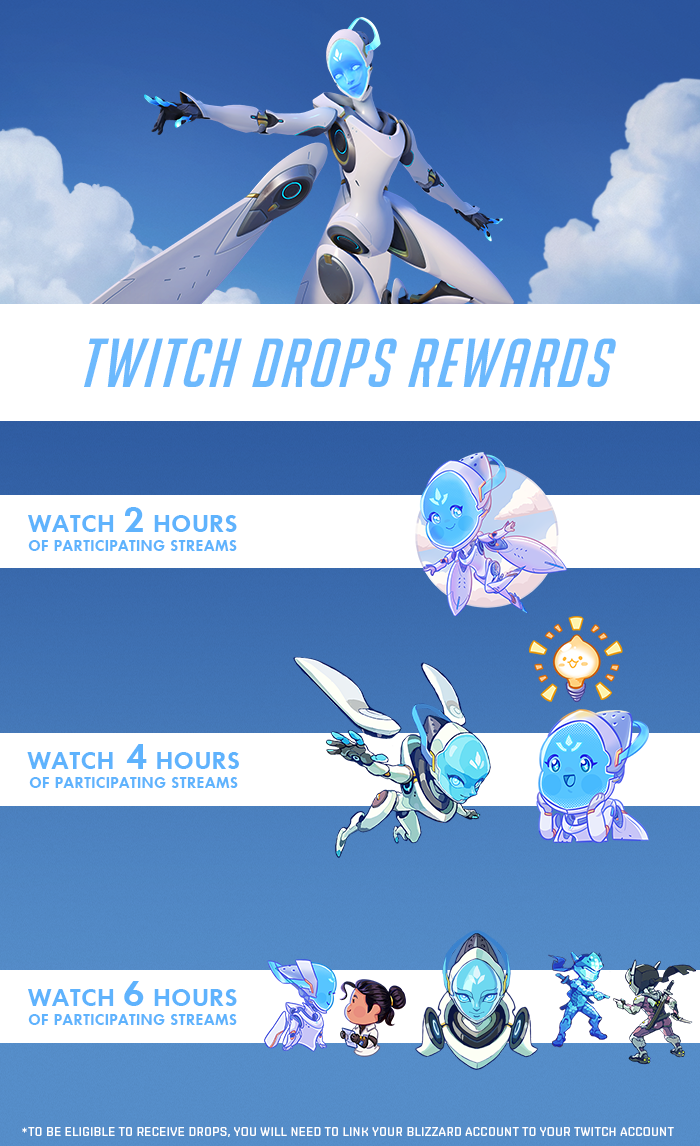 The exclusive Echo sprays are only around for less than a week, so be sure to tune into Overwatch on Twitch to pick them up for free while you wait in queue for your chance to play the newest hero.