An ability even scarier than Scatter Arrow is coming to Overwatch 2 and all Hanzo mains are going to be excited to see how much damage it can do.

During Overwatch’s What’s Next panel at BlizzCon, Game Director Jeff Kaplan was showing off some of the game’s new PvE exclusive talents such as Tracer’s Chain Reaction Pulse Bomb which causes secondary explosions near all enemies.

When it came to Hanzo, his new ability called “Sojiro’s Guidance” combines Scatter Arrow with Sonic Arrow’s utility to create a deadly attack.

The official description reads: “any arrow that hits an enemy detected by Sonic Arrow will seek and pierce all other detected enemies”.

Kaplan than showed off the impressive ability in action. After a single target was hit with the arrow, it proceeded to bounce to the next target and then another, killing off all the NPCs detected by Sonic Arrow.

“Sonic Arrow is useful in PvE, but not no where to the degree that it is in the competitive side of the game,” Kaplan explained. “So this adds a lot of usefulness to it on the PvE side.”

In Overwatch lore, Sojiro Shimada was Genji and Hanzo’s father and the leader of the  Shimada Clan.

Luckily, this new ability will not be making its way to PvP, so plays won’t have to contend with something even more powerful than Scatter Arrow plaguing their games. Scatter Arrow was notably removed from the game due to its power and high probability to result in one shot kills by aiming at an opponent’s feet. After hitting the ground, the arrow would split off into multiple arrows to connect with targets.

Credit to GamersPrey on YouTube for the below video:

What other new abilities were revealed?

In addition to Chain Reaction and Sojiro’s Guidance, a few other unique Overwatch 2 talents were shown.

Reinhardt has a new talent called “Epicenter” which causes his EarthShatter to travel in all directions. In the original game, EarthShatter only went in a straight line and knocked down all enemies it connected with. Now, anyone in the general area is affected. 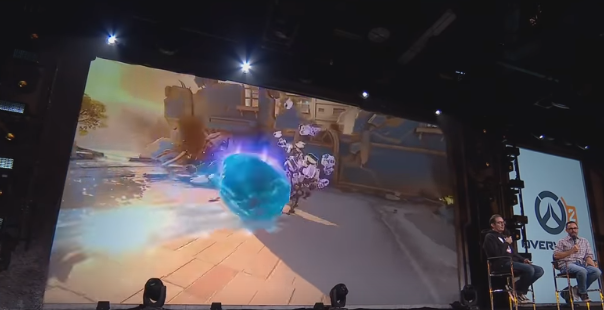 Mei’s “Cold Snap” talent causes nearby enemies for be frozen after her Cryo-freeze ends. Normally, Cyro-freeze just heals Mei up and makes her immune to damage for a bit, but now it has an offensive use.

Additionally, she has “Snowball Effect” talent that ups Cyro-freeze’s offensive even more. Now, Mei’s Cyro-freeze will turn her into a massive snowball to run over enemies, sort of like Hammond/Wrecking Ball after he uses grapple, only far more deadly.

With Genji, his Dragon Blade gets some changes with “Dragons Breath” which causes his slashes to create a piercing projectile. 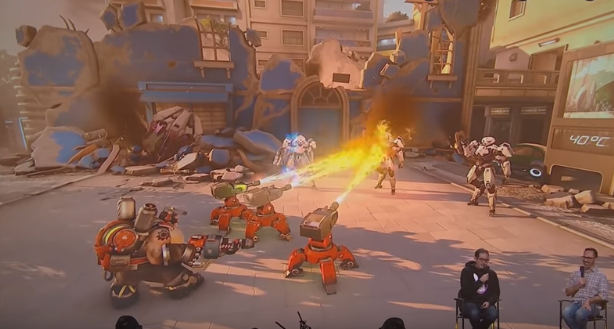 Torbjorn’s “Flamethrower” and “My Babies!” talents can be combined.

Torbjorn’s turrets are also getting some upgrades. Two new abilities give them some serious firepower- no pun intended. First, “Flamethrower” is exactly that – and gives his turrets a flamethrower instead of a mini-gun.

Finally, “My Babies” lets Torb put down three mini turrets instead of one regular turret. The abilities can be combined too, letting the Swedish Hero place down three mini flamethrower turrets.

It’ll be fun to see what other talents make their way into Overwatch 2 for the growing cast of characters.