Overwatch streamer and former Dallas Fuel flex DPS Brandon ‘Seagull’ Larned suggested a few changes that could potentially be made to the support hero Baptiste to make him more fun to play as and against.

Baptiste is one of the most powerful supports in the game as he can deal a lot of damage with his primary fire, can output massive amounts of healing and can save his entire team from ultimates with his Immortality Field ability.

For Seagull, he finds Baptiste could benefit from requiring more mechanical skill to play. Taking to Twitter, he suggested that the support receive less healing done through area of effect shots but more when hitting a friendly directly.

hit me with your cool hero ideas

ex: I want baptiste to have a direct-hit bonus to healing but less healing on AOE to encourage mechanical skill + tone down AOE healing in the game

As it stands, Baptiste can heal allies without even directly hitting them with a canister from his rifle with the splash doing the same amount as an on-the-nose shot. “I want Baptiste to have a direct-hit bonus to healing but less healing on AOE to encourage mechanical skill,” the streamer wrote.

The former pro went on to suggest changing Amplification Matrix and Immortality Field as part of his kit with the drone becoming his ultimate.

amp is now a self-only buff, amps your next 3 shots whether it's healing or damage for +50%, lasts for 5s~

(basically lucio amp but for bap, one of my favorite abilities)

Amusingly, Immortality Field was at one point an ultimate during Baptiste’s development, but Blizzard decided to give the ability a very long cooldown in an attempt to justify its existence as a standard move as part of his kit.

Instead, Seagull says he wants Amplification Matrix to be on a cooldown. He also explained how wants the ability to change ever so slightly with it now only buffing Baptiste’s shots and not allies.

In his ideal world, Baptiste’s next three shots or healing projectiles aimed through the matrix would be buffed by 50% for five seconds. 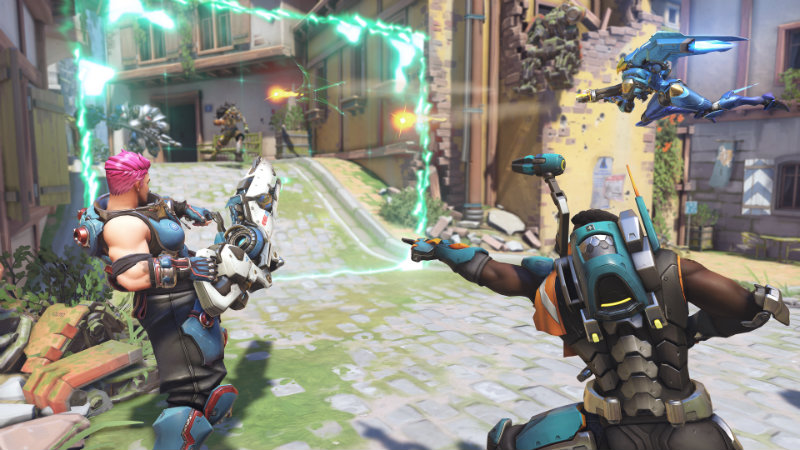 Seagull wants Baptiste’s Amplification Matrix to be a regular ability.

It will be interesting to see how Blizzard responds to Larned’s suggestions and if they implement any of his ideas for testing in the future.

Blizzard aren’t strangers to significantly altering heroes after their release. Of note, Torbjorn and D.va have both had abilities added and modified. Symmetra even had her entire kit changes twice with her old Teleporter ultimate being changed to a standard ability similar to what Seagull wants with Baptiste.