The Overwatch Workshop is home to some incredible game modes, but a newly created “Zencopter” boss battle inspired by Half-Life 2’s Hunter-Chopper could be one of the most exhilarating yet.

Redditor Zezombye first teased the mode on the Overwatch subreddit in a post titled “Introducing: the Zencopter”.

Inside was a gif of a Soldier 76 player trying to shoot an enemy Zenyatta out of the sky. The catch? The Zen is animated to look like a helicopter propeller on top.

Eventually, the Zencopter launches a barrage of Pulse Bombs onto the player resulting in a plethora of explosions all over the Junkertown map.

In the comments the creator revealed that he was able to make the propellers and use Tracer’s ultimate as Zen thanks to the newly added “dummy bots” feature which allow for more customization in game modes.

If that wasn’t crazy enough, Zezombye teased in the comments that this is just the beginning. “This is a minion that is part of a bigger boss fight,” they revealed.

“OMFG it’s the Hunter-Chopper from Half-Life 2!” one user excitedly wrote prompting Zezombye to reply “Yup, that was my inspiration!” 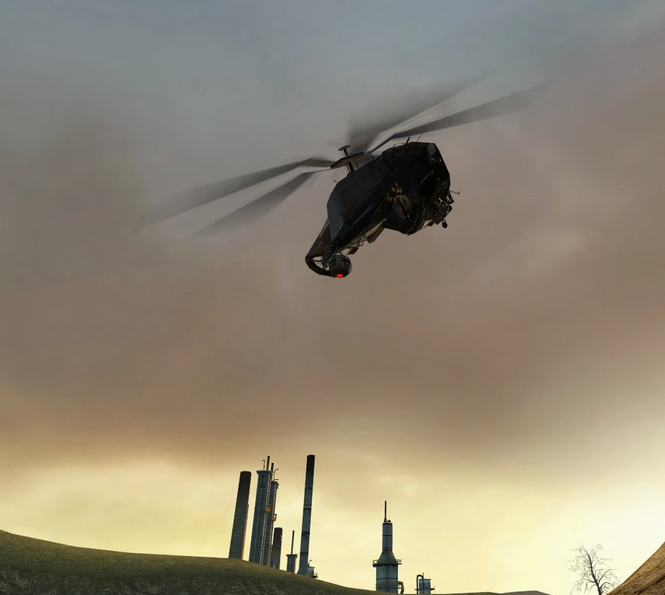 The Hunter-Chopper is a boss in Half-Life 2.
[ad name=”article4″]

Most of the comments demanded that the Workshop creator hand over the code so they could try it out themselves. At first Zezombye was hesitant writing, “I will release it once I’ve finished it” but once enough interest was gained the tune changed.

Zezombye suggested that there was still much more work to be done, so much so that it would take years to finally complete. But provided users with instructions on how they could take on the Zencopter.

In Half-Life 2, Hunter-Choppers are spotted in City 17 – one of the major locations in the game. Players fight on near the end of the Water Hazard chapter.

Amusingly, they are piloted by “Overwatch Soldiers”.

If you want to play this Workshop mode for yourself, the code is “D7R76”.