The 2019 edition of the Overwatch Archives in-game event will be called Storm Rising, and will run from April 16 to May 6.

Overwatch Archives has been one of the most popular in-game events, as it not only offers the typical array of new cosmetic items, but also includes both PvE content and a new addition to the game’s lore, two things that many fans have been clamoring for almost since the game’s launch.

Unlike most in-game events, which typically remain more or less the same each year with only minor additions to their standard offering, each Archives event brings a unique story to life with a new PvE mission to play through.

Blizzard have begun to tease what’s coming in this year’s event, and though many details are still shrouded in mystery, here’s everything we know about Storm Rising so far.

What will the mission in Storm Rising be?

In keeping with previous editions of the Archives event, Storm Rising is expected to introduce a new PvE mission that will likely see four characters working together to complete a story-based objective.

The first teaser for the event, which showed a Cuban news article with an image of Havana, seemed to confirm previous theories that this would be the setting. It also made mention of Hurricane Fernand, which could play a part in how the mission turns out – especially given the event’s “Storm Rising” title, which may turn out to be quite literal.

Per the second teaser, it seems that the goal will be to capture the omnic Maximilian, a Talon operative who is apparently Doomfist’s accountant. Whatever the mission is, it appears set to feature Tracer, Mercy, Winston, and Genji as the Strike Team.

There’s reason to be a little suspicious of this line-up, however – Tracer and Mercy featured as part of the team for Uprising, while Genji took part in Retribution. With so many other characters to choose from it’s a little surprising that Blizzard would opt to reuse heroes for their only lore-focused event. 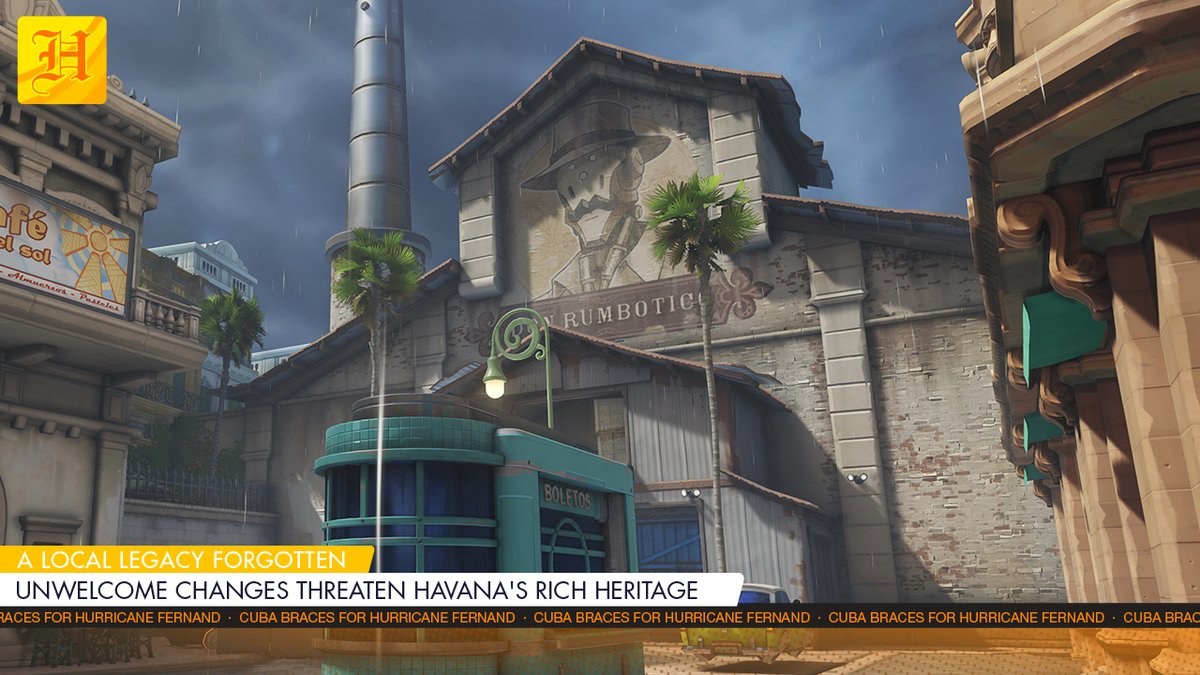 Is this the first look at the location for Storm Rising mission?

With Havana looking like the location for the mission, it’s also a little surprising not to see Baptiste involved in an event taking place so close to his home country of Haiti, where he was known at one point to be hiding out.

It seems possible, then, that there’s a twist in store for the story. Perhaps Baptiste shows up to assist, or maybe these are still his Talon days and he appears as part of a Talon squad to counter the Overwatch team – offering two perspectives on a story, or even a head-to-head mode in which opposing squads race to complete their objectives, would certainly make for a unique and refreshing take on the event.

In addition to the lore-accurate story version, the new mission will likely also have an all-heroes option which allows players to pick their own character. The Uprising and Retribution missions will also be available in both original and all-heroes varieties.

Baptiste is known to have been hiding out in Haiti, so it’s certainly plausible he could show up in Cuba.

Will there be a new map?

The very first iteration of Archives, the Uprising event, took place in the already-established King’s Row. For 2018’s “Retribution”, however, a brand-new multiplayer map, Rialto, also accompanied the event, inspired by the setting for the Retribution mission.

This year, all evidence points to “Havana” as not just the location for the PvE mission, but also as a multiplayer map. The first hint of a Havana map appeared in the attacking spawn on Numbani, when one of the posters – all of which refer to locations that act as multiplayer maps – was replaced to refer to Havana, Cuba.

The first teaser for the Storm Rising event also referred to Havana, and depicted what is assumed to be the first glimpse at what the map will look like in-game.

Exactly what game mode the Havana map will feature remains to be seen, but of the four modes it’s been the longest since a Hybrid map was released, the most recent having been Blizzard World in January 2018. 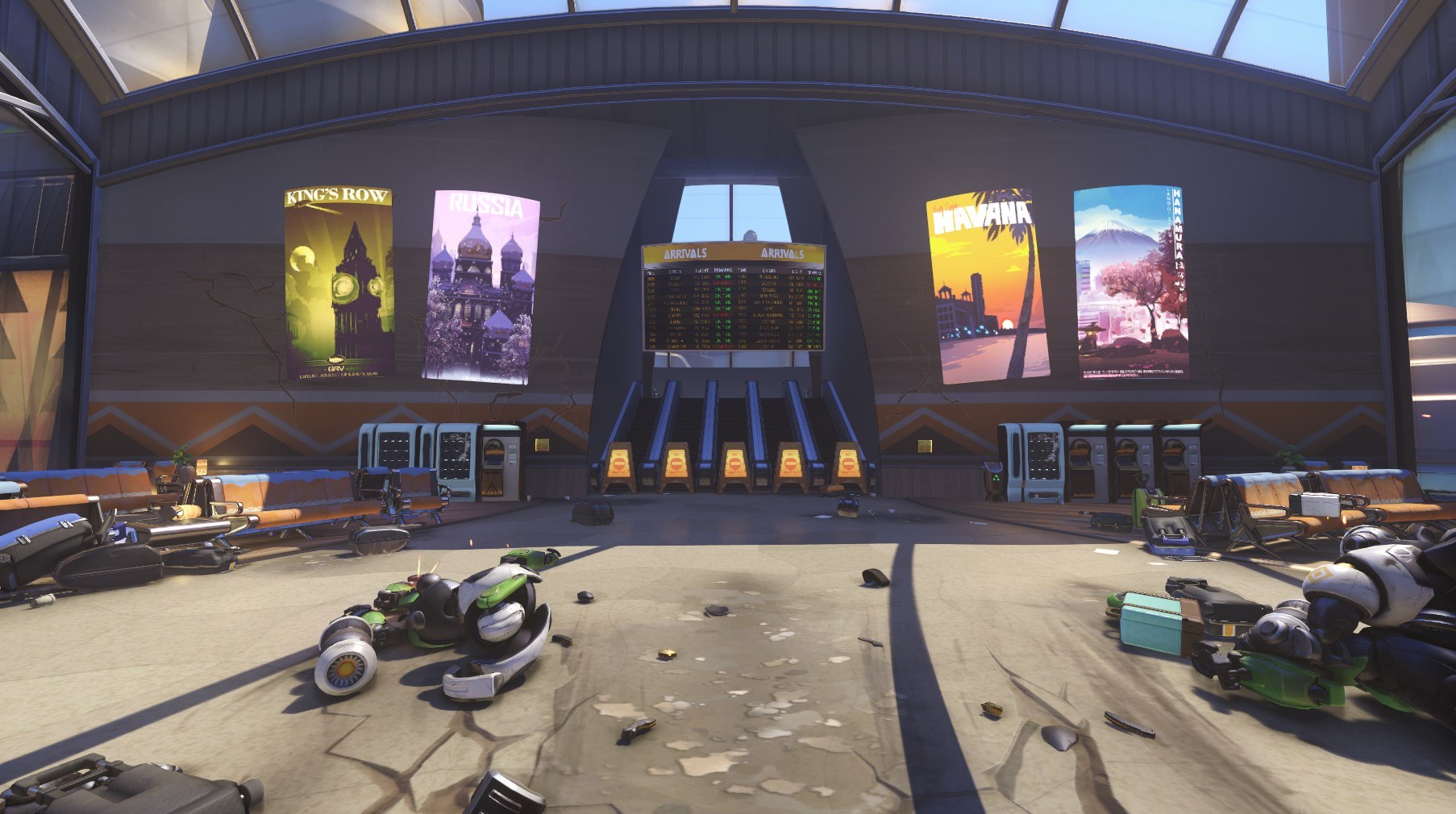 The first hint of an upcoming Havana map was the appearance of a new poster in Numbani.

The April 8 teaser for Storm Rising didn’t just hint at what the event’s mission might involve, but also revealed a brand-new character, Sojourn.

Not much is known about Sojourn so far, but she appears to be a fairly high-level operative within the Overwatch organization, seemingly capable of organizing and executing a mission on her own authority.

Whether Sojourn will have a bigger part to play in the Storm Rising story, is being set up as a future playable hero, or is simply the latest misdirection by Blizzard to ensure fans can never be sure of anything until the official announcement is made remains to be seen.

Read our dedicated article for a full breakdown of what we know – or can guess – about Sojourn.

Will there be a Storm Rising comic?

Archives is one of Blizzard’s primary means of injecting new lore into the Overwatch world, and as such the event has historically been accompanied by some peripheral story content. For both Uprising and Retribution, a comic setting up the event’s narrative preceded its arrival in-game.

At the time, however, Blizzard were still producing Overwatch comics periodically, and so it made sense that an issue be dedicated to the events. More recently, however, the Overwatch comics seem to have been discontinued – in fact, Retribution was the last one released, in April 2018.

Whether or not the comics make a return for this event remains to be seen, but they’re not Blizzard’s only avenue for storytelling. The more recent “Bastet” short story delved into the ongoing tale of Ana and Soldier 76 in the form of prose rather than a comic, and Blizzard have also produced videos in a variety of different styles to introduce heroes or explore areas of the game’s lore.

Whatever form it takes, at the very least it seems likely that there will be further explanation for the setup of the events of Storm Rising before it arrives in-game on April 16. 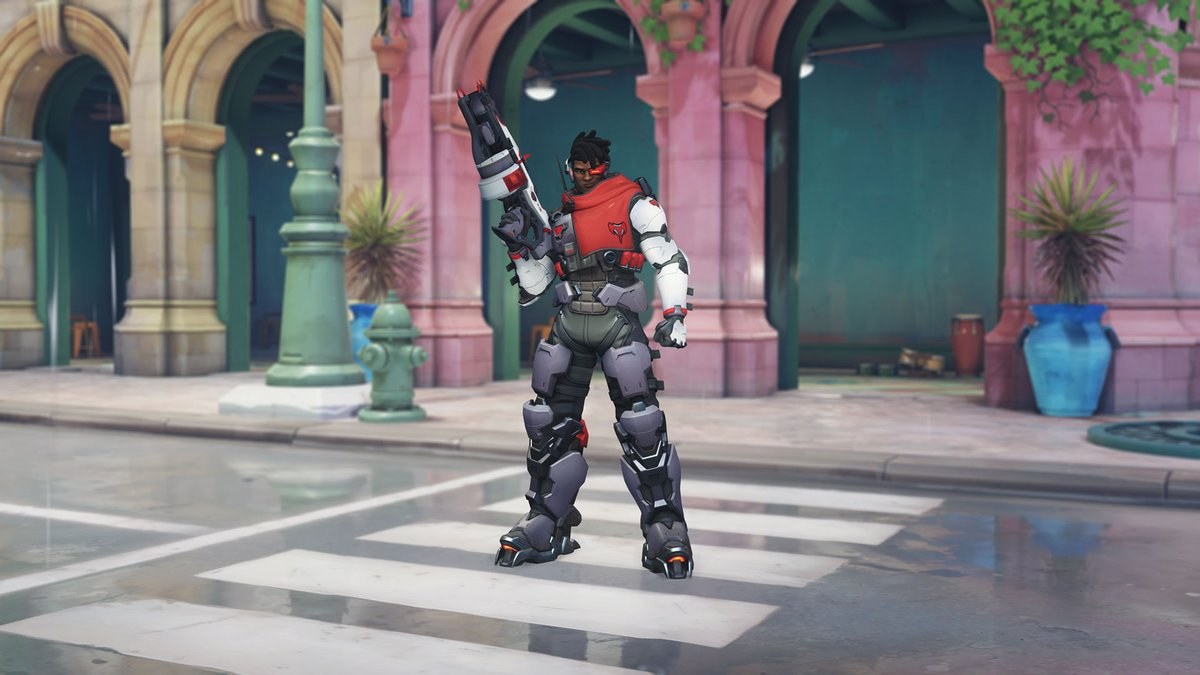 As always, a new in-game event means new skins. The new cosmetics on offer are often the most exciting element of events for many players, although in the case of Archives the advancing story and a new PvE mode may take center stage.

For most events, many of the new skins will follow the theme of the event, and in the case of Archives that means they’re related to the game’s story. Through Archives skins, players can get a look at heroes in different stages of their narrative, whether it be their time as an Overwatch agent, a Talon operative, or some other stage in their life.

This year’s event will introduce nine new skins, of which some have already been revealed. Head over to our dedicated page for a full look at the new skins being offered by Storm Rising.

Skins aren’t the only cosmetics, however, and the event also appears set to introduce three new highlight intros as well. It’s also likely that new icons and sprays will also be available.