We’ve teamed up with Rivalry.gg to bring weekly insight into some of the biggest and most interesting matches in esports. Whether you’re looking for a favorite you can trust, or an underdog that could deliver a big upset, there’s a match for you.

This week sees the playoffs of the inaugural season of the Overwatch League begin, with the quarter-finalists engaging in the first of potentially three best-of-five series that will decide their fate. Both matches provide opportunity for upset, while we instead look to the EU LCS for a more reliable favorite. 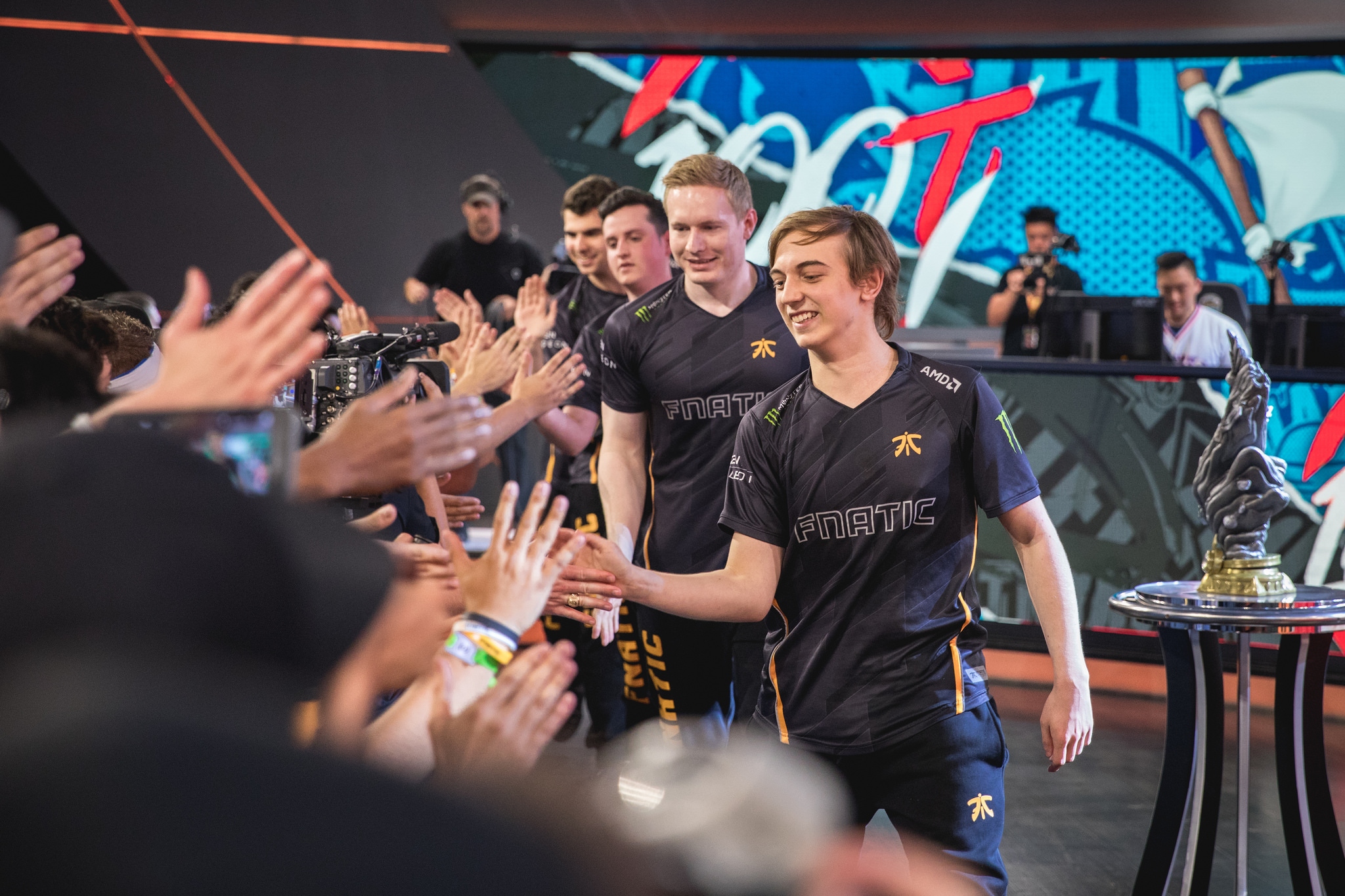 Fnatic TO WIN vs Roccat

Fnatic are returning to the EU LCS triumphant, having helped defend the league’s honor in defeating the North American representatives at Rift Rivals.

Fnatic were one of three teams that represented Europe in the trans-Atlantic showdown, and were one of the biggest contributors in the region’s ultimate victory, defeating both 100 Thieves and Echo Fox in the final playoff for two wins towards EU’s 3-1 final scoreline

For a team with one of the most talented and experienced AD Carries in Europe, the current meta might well have been a mortal blow for their championship hopes in Summer, but Fnatic has been able to adapt remarkably.

Gabriel ‘Bwipo’ Rau, who previously shared time in the top lane with Paul ‘sOAZ’ Boyer, has slotted into the bot lane in place of Martin ‘Rekkles’ Larsson, a strategy that has allowed the team to remain as one of the strongest in Europe.

Time adapting to that approach only seems to be making the Spring champions stronger, and coming off of the high of a Rift Rivals win they’ll be looking to close the small gap between themselves and the top of the EU LCS table with some big wins in the coming week.

While Roccat technically has the stronger record of the two teams Fnatic will face, two of their victories have been against the two clear weakest teams in the league, Giants and H2k, while they’ve mostly fallen to the teams higher up the standing.

On current trajectory, Roccat look like a middle-of-the-pack team, while Fnatic seems a squad bound for the final rounds of the split playoffs once again. Any major upset to that narrative might begin here, but for the time being Fnatic look like a fairly safe bet for this game. 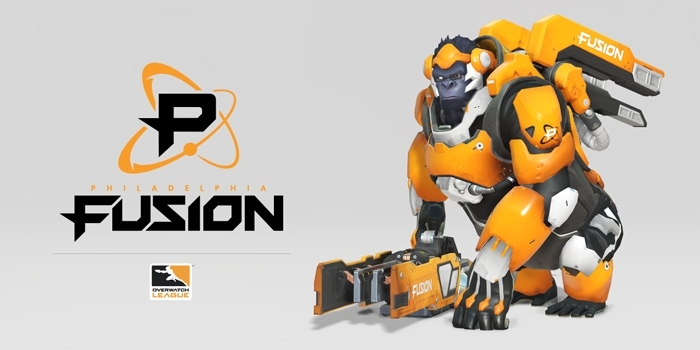 The first quarter-final match of the Overwatch League playoffs will see third-seed Boston Uprising face off against sixth-seed Philadelphia Fusion. By seed alone, there should be a bigger disparity here than in the other quarter-final.

The Overwatch League had a very extensive regular season, however, and that means that overall standing at the end isn’t necessarily representative of form right now. Teams rose and fell over the course of four stages, and one of the teams with the largest peaks and dips was the Boston Uprising.

In Stage 3, Boston became the first – and ultimately only – team to run a flawless 10-0 through the stage’s regular season matches, making the most of a particularly preferable meta. It was here that the team really earned their eventual playoff seed.

The fourth and final stage, however, was not so kind to the Uprising. A major meta shift – which in particular reduced the potential impact of superstar Tracer ‘Striker’ , who had been one the team’s greatest strengths – and the loss of head coach ‘Crusty’ saw them fall off significantly, finishing eighth place in Stage 4.

The Philadelphia Fusion isn’t the most strategically deep or coordinated team in the league, but they do have an immense amount of talent on their team. When things click and they’re firing on all cylinders, the Fusion is one of the league’s most dangerous teams.

While peak Uprising would arguably be favored here, if the Boston Uprising haven’t figured out their troubles in time for the playoffs, they’re quite likely to get run over by Philadelphia. On recent form, the Fusion are actually favored here, so underdog odds are fantastic if you’re willing to accept a little more risk than a more clear-cut match might have. 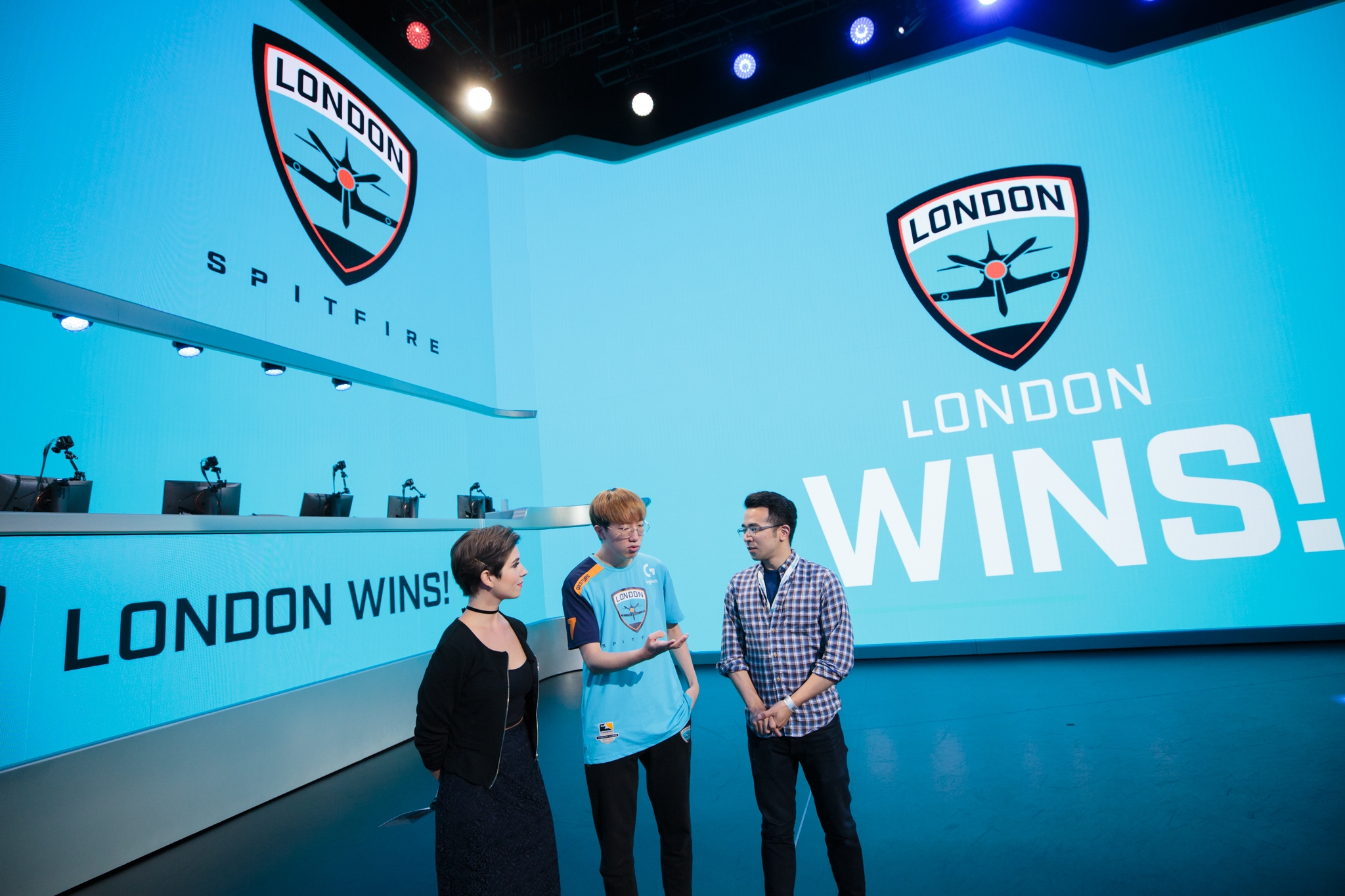 In the early days of the Overwatch League, a strong case could be made that London Spitfire could, should, and would be the strongest team.

With arguably the most stacked roster in the league, the Spitfire claimed the Stage 1 title, establishing proof of concept for what was on paper perhaps the most formidable squad assembled at the start of the season.

After that first stage, however, the Spitfire gradually began to unravel. They failed to make the finals of the Stage 2 playoffs, and didn’t make the playoffs at all in Stage 3. Stage 4 was their worst of the entire season, finishing in ninth and like Boston Uprising above, only reaching the playoffs by virtue of their results earlier in the season.

LA Gladiators have been on the exact opposite trajectory. After acquiring London Spitfire’s own Baek ‘Fissure’ Chan-hyung for Stage 2 and beyond, the team has gradually ascended the rankings, culminating in the top finish in the Stage 4 standings.

The Gladiators then are a justified favorite for this playoff series – especially as they’ve now beaten the Spitfire on three separate occasions and never lost to them – but there’s still a threat under the surface of London.

If they can somehow harness the immense potential they demonstrated near the beginning of the league, it’s feasible that the Spitfire could yet win the entire league, let alone this series. With weeks of preparation for this single match that could decide their fate, London will have every chance to find form again.