Overwatch officially launched on the Nintendo Switch on October 15, and players are already wondering when they will be able to queue up for the game’s competitive mode, which is currently disabled.

While players still need to grind their accounts to level 25 in order to be eligible, normally a screen stating as such is depicted on the menu. Instead, players are greeted to a message that reads: “competitive play is currently unavailable”.

Just like the other versions of the game, the screen does indicate Season 18 is running, but as of the Halloween update, the end date got pushed from October 31 to November 6. 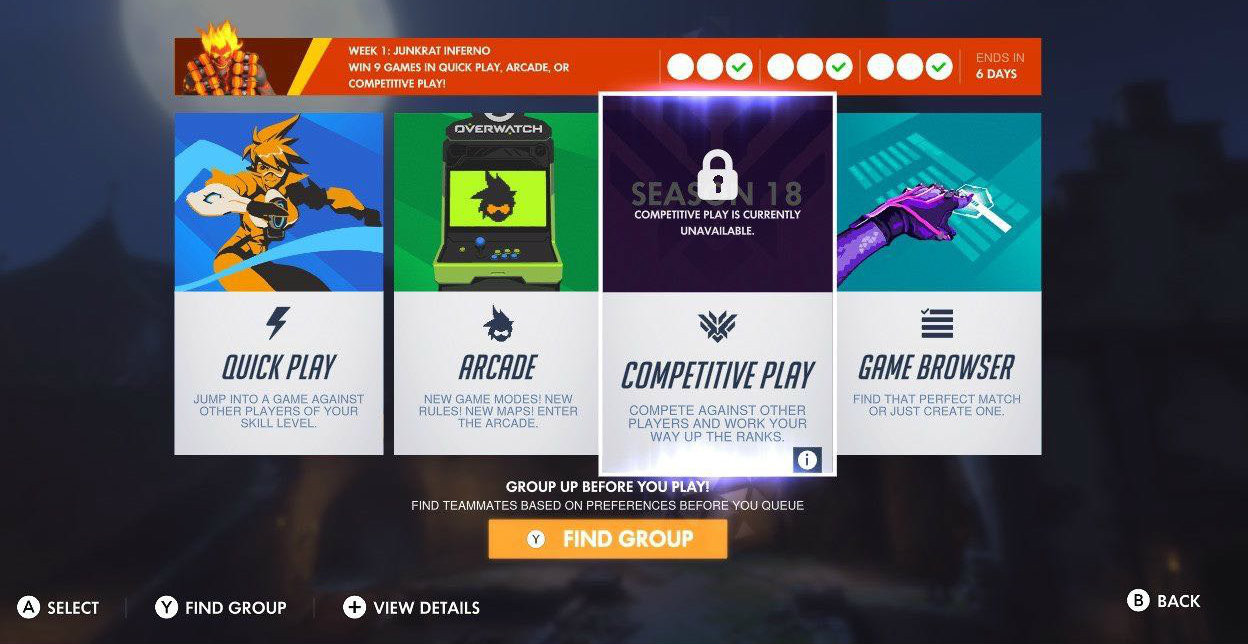 If Blizzard plans to open up Competitive to Switch users on November 6 with the start of Season 19, it would give a lot of players ample time to rank up to level 25 and be eligible to play the mode.

It’s also worth noting that the Halloween Terror 2019 event will conclude on November 4, two days before the start of Season 19.

It’s very possible that a new PTR patch could go live for testing before the next season and be fully implemented in a new patch come November 5, which is after BlizzCon.

A new PTR patch could also help prepare the game for any new heroes potentially announced at Blizzard’s flagship event. 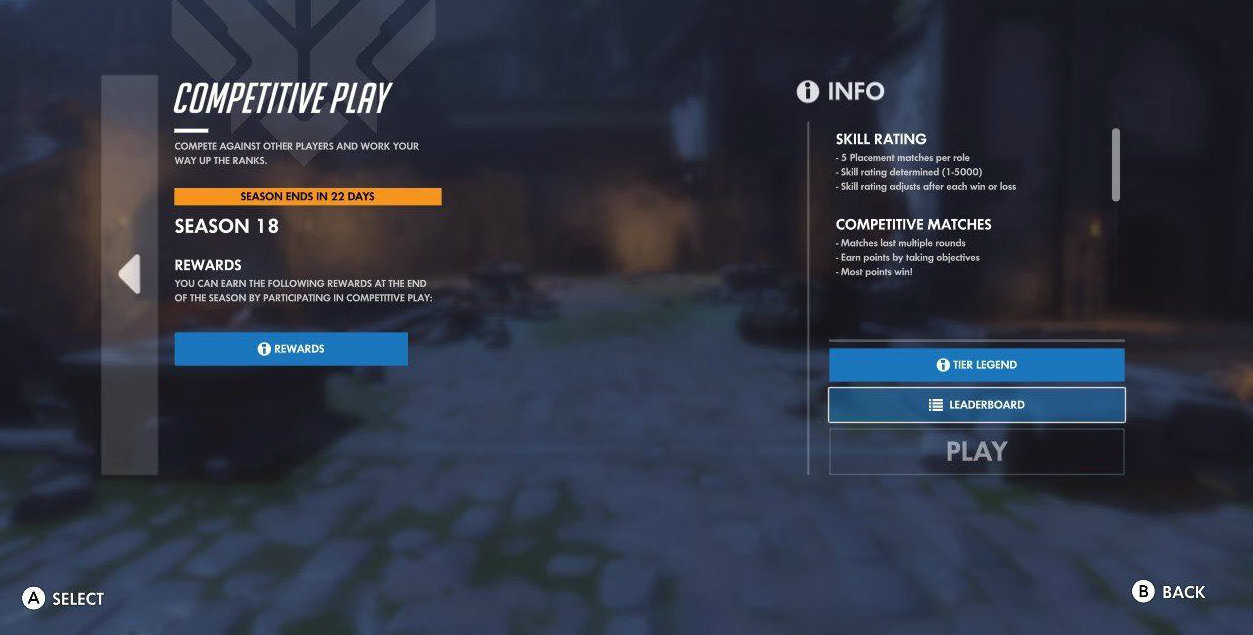 What happened the last time a competitive season date changed?

Back in July when Season 17 was ongoing, the end date got pushed forward weeks earlier to accommodate the launch of role-queue.

It’s unclear if a new system will be implemented to the game which ultimately resulted in the season’s end being pushed forward, but it’s an interesting development nonetheless.

Of course, the reason for the date change could be to allow more Switch players the time to level up so that Season 19 could go live on all platforms at once.

With BlizzCon coming November 1 and big announcements such as an Overwatch sequel or spinoff expected, all eyes will be on the company to make a big impression.