Aimbotters and hackers are rightly hated by the Paris went live in Overwatch on February 19, and the first thing players did was discover that you could actually play the pianos on the map.

Since then, players have tried to one up each other with better and better piano performances, but now one player has taken it to another level. 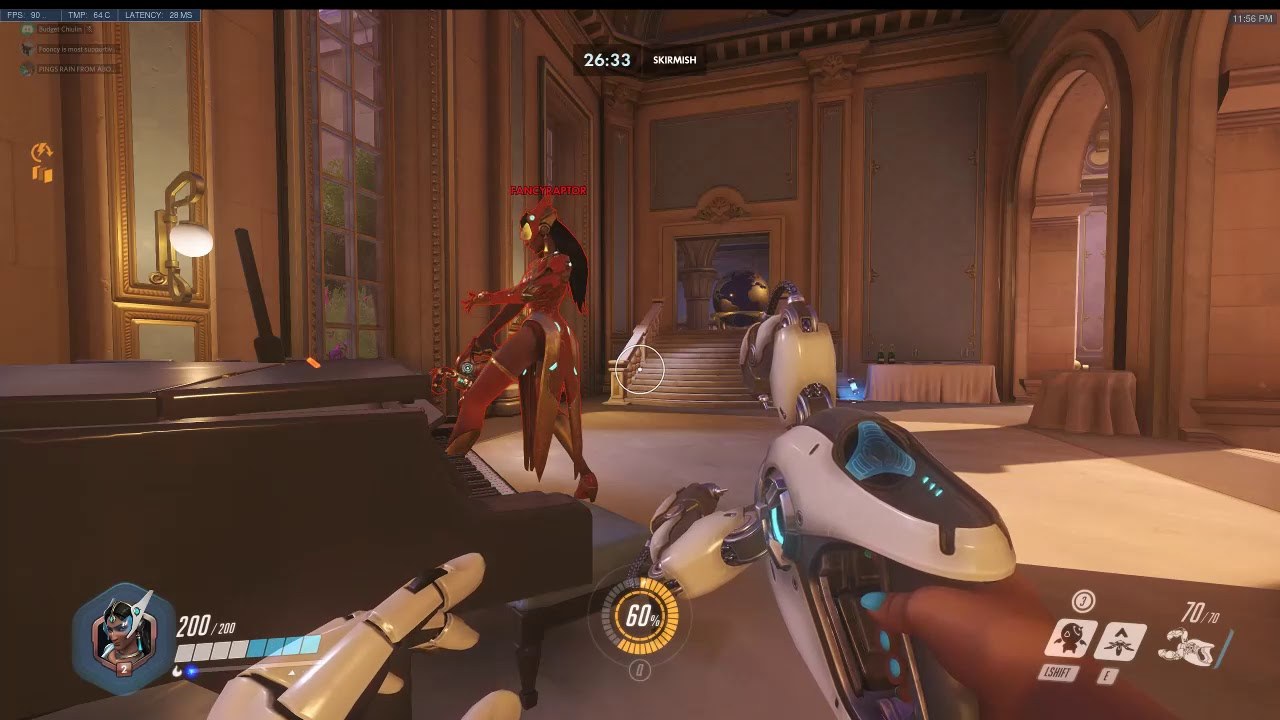 “Who cares about the point? We have music to make.”
https://www.youtube.com/watch?v=W1frnjIOLy0[ad name=”article2″]

A YouTuber named durkhaz uploaded a video on April 3 where they demonstrated the program, which allowed them to play Smash Mouth’s “All Star” and a number of other songs.

The Super Mario theme also popped up, along with House of the Rising Sun and, thanks to the TAS (tool assisted) program, the songs sound probably as good as they ever will – in-game, at least.

A fair warning though, this type of program breaks the Overwatch/Blizzard EULA, so durkhaz took a risk to make his art and a bigger one by even putting it on YouTube.

Durkhaz said they only used the program in custom games for about two weeks, but still warned anyone else that it could, indeed, get your account banned.

Hopefully durkhaz doesn’t get banned just for using the program to make music, but ultimately, that decision is up to Blizzard.

Paris will be making its Overwatch League debut, along with the game’s newest hero Baptiste, in Stage 2, which begins on Thursday, April 4.

It will be interesting to see how teams play the newest Overwatch map, but there probably won’t be any spontaneous piano solos happening.