The future of London Spitfire DPS Ji-hyeok ‘birdring’ Kim may be in jeopardy following his team’s Overwatch League playoff exit at the hands of the San Francisco Shock.

Birdring was benched for his team’s 4-0 defeat in the losers bracket of the OWL playoffs on September 7. An unprecedented decision that caught many, including caster Christopher ‘MonteCristo’ Mykles off guard.

“London Spitfire the latest team guilty of disappearing one of their key players with no comment or explanation. OWL teams, this has to stop. Where is Birdring?” the former League of Legends commentator asked.

London Spitfire the latest team guilty of disappearing one of their key players with no comment or explanation.

OWL teams, this has to stop.

According to a Google translation, the 20-year-old former champion wrote, “Thank you all for your support, and I’m sorry for the late season, I’ve lost a lot of motivation, and I’m still confused about my future plans. Sorry.”

If that wasn’t confusing enough, the Korean DPS star even deleted his Twitter account with no explanation.

To add to the speculation, in a now-deleted tweet, the London Spitfire’s social media manager Mateus Portilho said “Imagine getting knocked out of the OWL playoffs because of a kid’s attitude.” The post, however, was screen grabbed and uploaded on Reddit.

While he doesn’t directly mention Birdring, it does raise some eyebrows given everything going on with the organization.

Last year, the Spitfire emerged victorious as unlikely league champions in part due to Birdring’s excellent play, though MVP honors would go to his teammate, Joon-yeong ‘Profit’ Park. 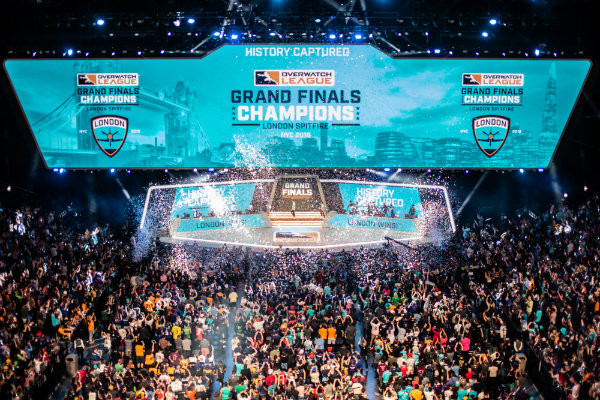 Birdring and the Spitfire were Overwatch League Season One Champions.
[ad name=”article5″]

That same season, the hitscan specialist revealed he had been struggling with a wrist injury that occurred after slamming his hand against a desk.

Is Birdring preparing for retirement? Is a trade in the works? Only time will tell as the DPS star takes his time to figure out his future.