An anime fan and artist has once again taken characters from ‘JoJo’s Bizarre Adventure’ and placed them into the world of Overwatch.

JoJo’s Bizarre Adventure, for those out of the loop, was first published in 1987 and is one of the best-selling manga series of all time, having an animated series that debuted in 2012 – which has since become an instant hit among fans.

Without going into exactly what JoJo is about, (which would take another article entirely) the series features an almost endless amount of colorful characters, who have become wildly popular with fans.

Luckily for us, Chinese artist and Overwatch fan 爽朗系男子T (Sleek man T) has decided to continue his noble work of taking characters from JoJo and putting them into highlight intros for various Overwatch heroes and, as always, the results are fantastic. 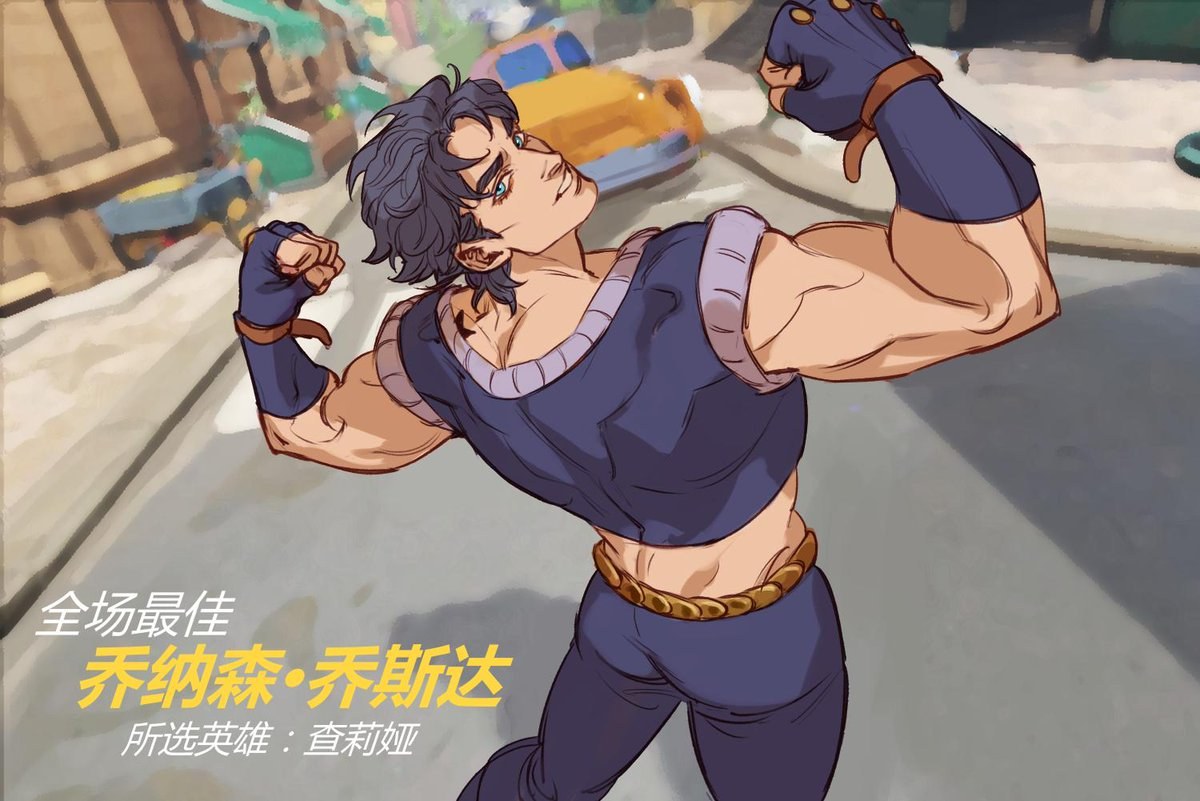 Jonathan Joestar is the main protagonist of the Phantom Blood Arc, and was the first JoJo of the JoJo’s Bizarre Adventure series.

Seeing as how Jonathan is a large, muscular man, he’s the perfect character to play Zarya, who is a large muscular woman, as Overwatch fans should know.

Jonathan might be able to pull of Zarya’s pose perfectly, but it would be interesting to see who could deadlift more weight between the two. 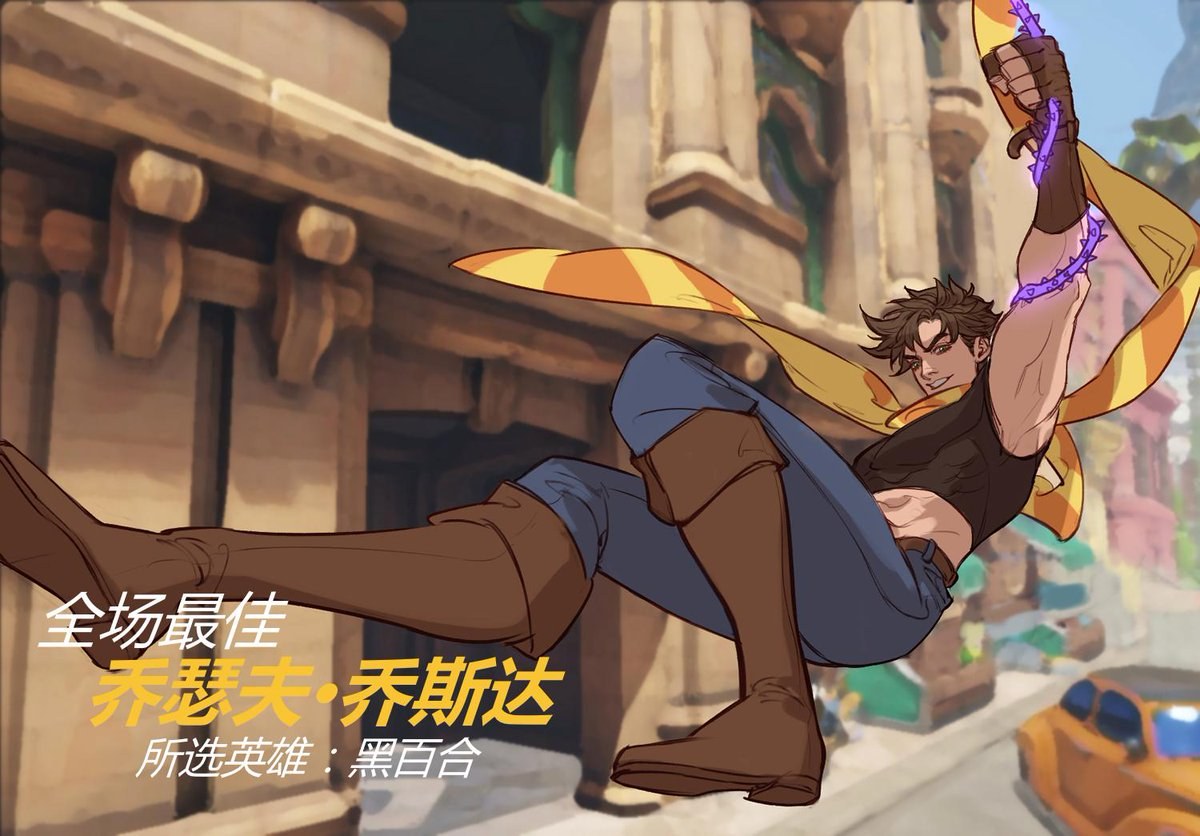 The second JoJo in the series, Joseph Joestar, is the main protagonist in the Battle Tendency arc ,and makes a pretty solid Widowmaker, as well.

Like Widow, he swings into view in the highlight intro, but instead of Widow’s grappling hook, he’s using his stand, which are powers or entities psychically generated by JoJo’s characters.

Hermit Purple summons multiple, thorn covered vines that are strong enough to support Joseph’s body weight, so even though it’s not a grappling hook, it still gets the job done. 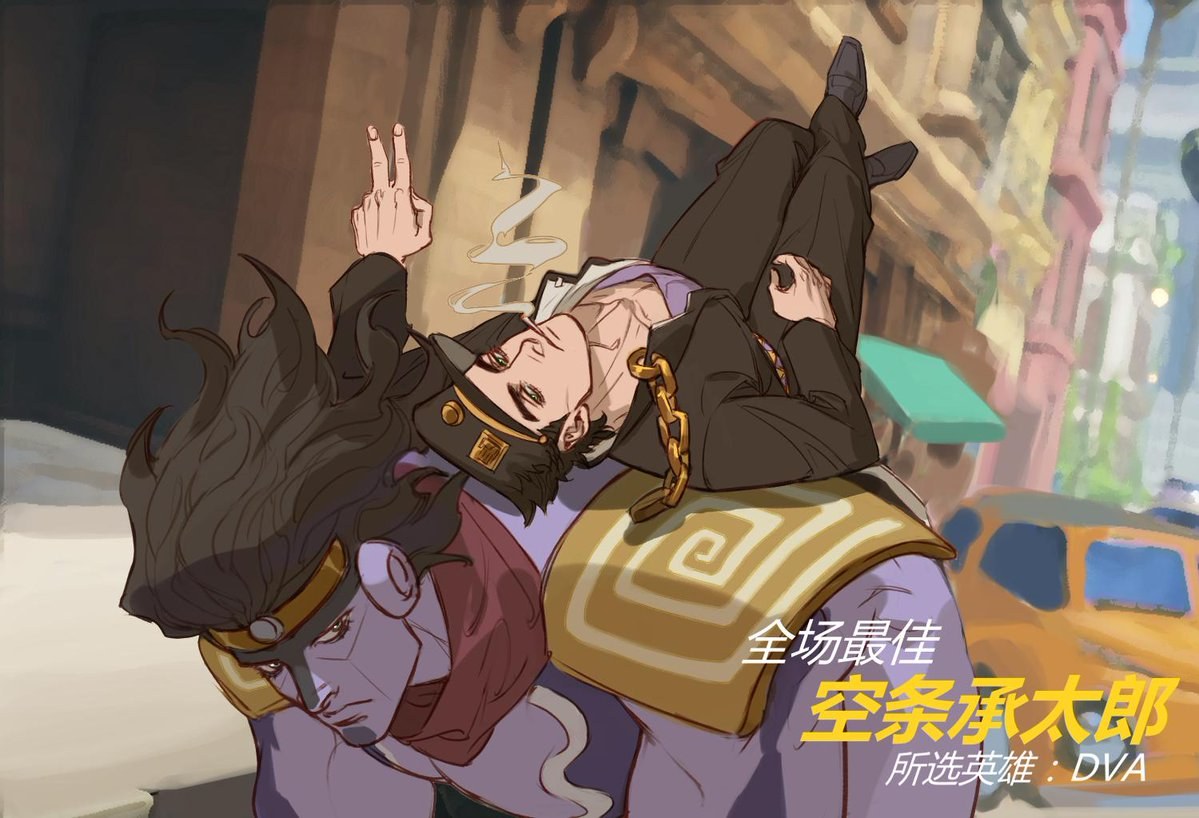 Jotaro Kujo (and Star Platinum) as D.Va and her Mech.

Kujo is the third (and most recurring) JoJo in the series, and he appears in D.Va’s highlight into with his stand Star Platinum.

Star Platinum is basically a bigger, even more ripped version of Kujo, which makes it a perfect match for D.Va’s mech.

So far as we know, though, Kujo is unable to go inside of Star Platinum, like Baby D.Va and her MEKA – but Jotaro does seem to summon his stand from inside, so we’ll let it slide. 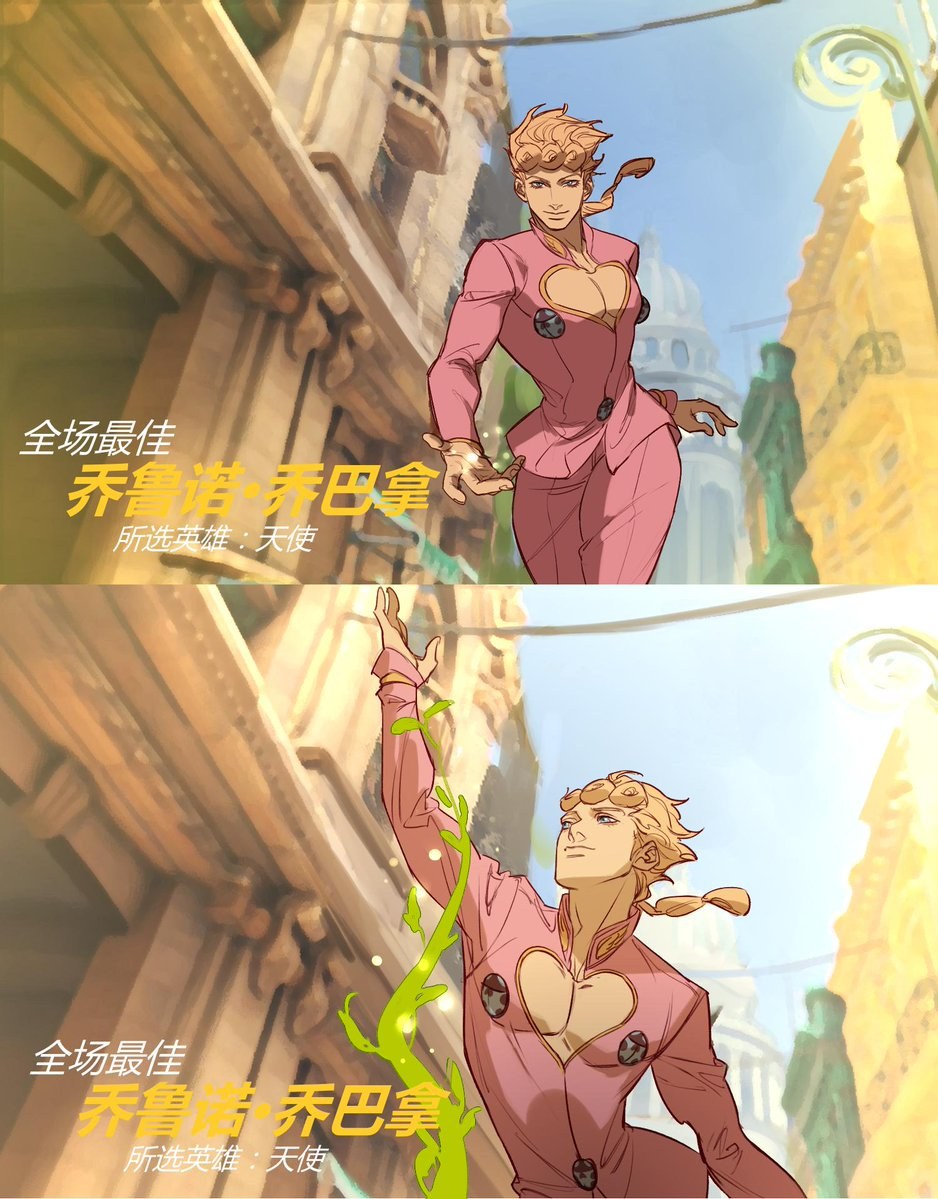 Giorno is the son of Dio, one of the main antagonists in the JoJo series, serving as the fifth JoJo and protagonist in the Vento Aureo arc.

He makes perfect match for Mercy because his stand, even though it isn’t featured, provides healing powers, just like Dr. Ziegler. 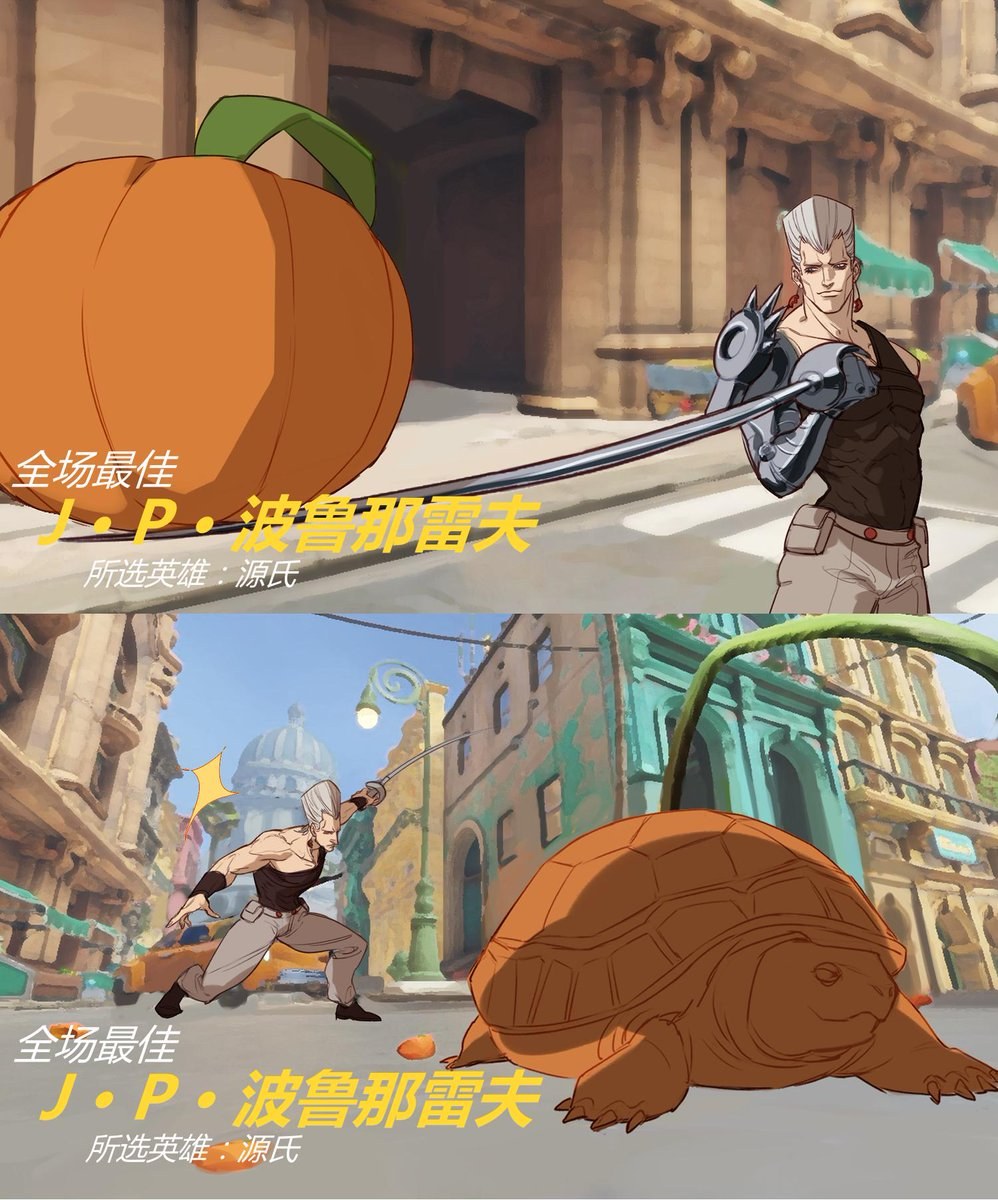 Only real fans of JoJo will know why Polnareff carved a turtle out of that pumpkin.

Matching together Polnareff and Genji is a no-brainer, obviously because they both use swords in their abilities.

Sleek Man T made Polnareff recreate Genji’s Halloween highlight intro in the image, but instead of carving the pumpkin into a Jack-O-Lantern, he makes a turtle – a deep cut of JoJo lore that fans should appreciate. 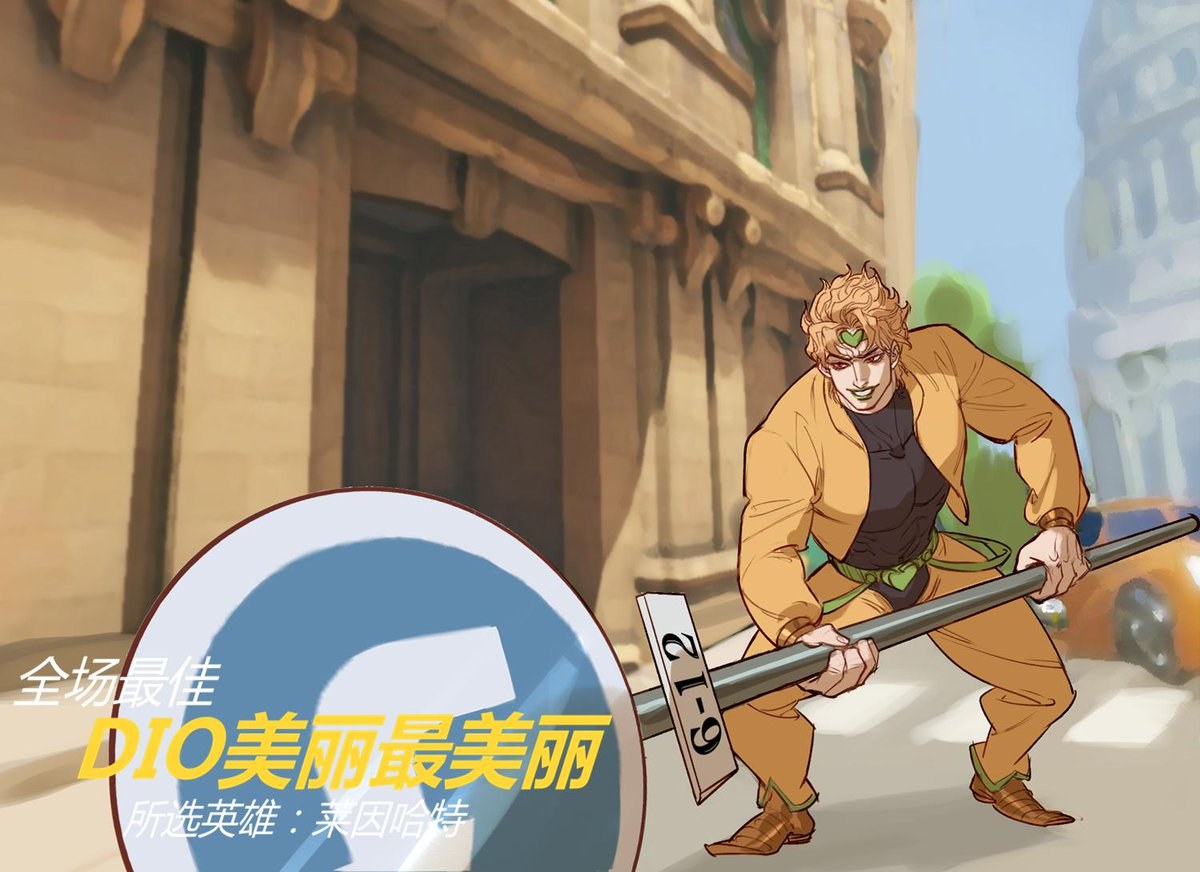 Dio as Reinhardt, with a sign instead of a hammer.

The big bad guy of JoJo’s Bizarre Adventures, Dio and Reinhardt’s personalities don’t really match, but he does make that sign look like it would hurt just as much as a large hammer.

Dio is more of a “kill everyone in my way to get what I want guy,” while Reinhardt is more focused on protecting people, but they are both large and strong.

Still, if we had to choose between the two, we’re taking Reinhardt every time, because we still can’t get over what Dio did to Jonathan’s pet dog, Danny.