History was made in the NBA 2K League as Chiquita ‘Chiquitae126’ Evans became the competition’s first female competitor to be drafted into the league.

The draft for the NBA 2K League took place on Tuesday, February 5 as teams chose from the pool of 198 NBA 2K players hoping to secure a spot on an organization for the upcoming season.

It was during the fourth and final round of the draft that Evans made history, as 2K League General Manager Brendan Donohue announced that she had been selected by Warriors Gaming, the NBA 2K squad that represents the Golden State Warriors. The pick is a massive moment for women in esports, but for the NBA 2K League itself, who have worked over the last year to encourage more women to compete in the league. 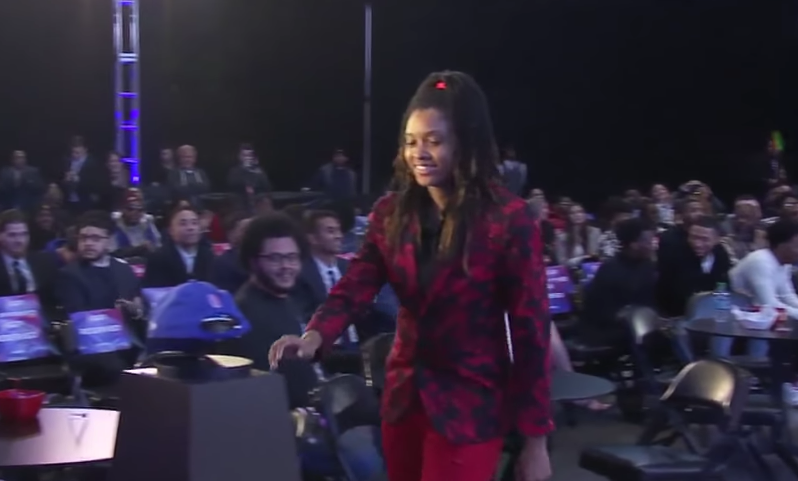 Chiquita Evans was drafted in the fourth round.
[ad name=”article2″]

While most of the 198 players had already left after being drafted, the announcement that Evans would be joining Warriors Gaming was met with a huge ovation from the remaining crowd, many of whom were still waiting to see if they would be drafted themselves.

Following the announcement that she had made it to the league, an emotional Evans stated: “I feel blessed. I want to be the best teammate I can be. Whatever role the team needs me to play, that’s what I’ll be.”

Evans joins a Warriors Gaming squad aiming to rebuild after a disappointing first outing in the NBA 2K League, finishing 16th in the regular season with just four wins.

With the 2019 season expected to kick off in May, Evans will likely have a major role to play in helping the squad reach new heights in their second NBA 2K League campaign.