After a successful launch and inaugural season, which started in May and concluding on August 25 with the finals in New York, the League is expanding with the addition of more recognized NBA franchises.

The four new organizations will have to cough up the same franchise fee as for the first season, $750,000, according to ESPN.

Announced by the NBA 2K League on August 15, the expansion should encourage fans of the parent NBA teams to support their 2K players also, as has been seen with the original 17 teams.

NBA 2K League Managing Director Brendan Donohue explained the motivations for the ambitious expansion after only one season.

“Welcoming these four world-class organizations and their passionate fanbases to the NBA 2K League is an exciting moment not only for the league, but for the entire 2K community.”

From their innovative spirit to their global reach, we know each of these teams will be a tremendous addition, and we are thrilled that this growth offers the opportunity for new players, coaches and support staff to join the league.” 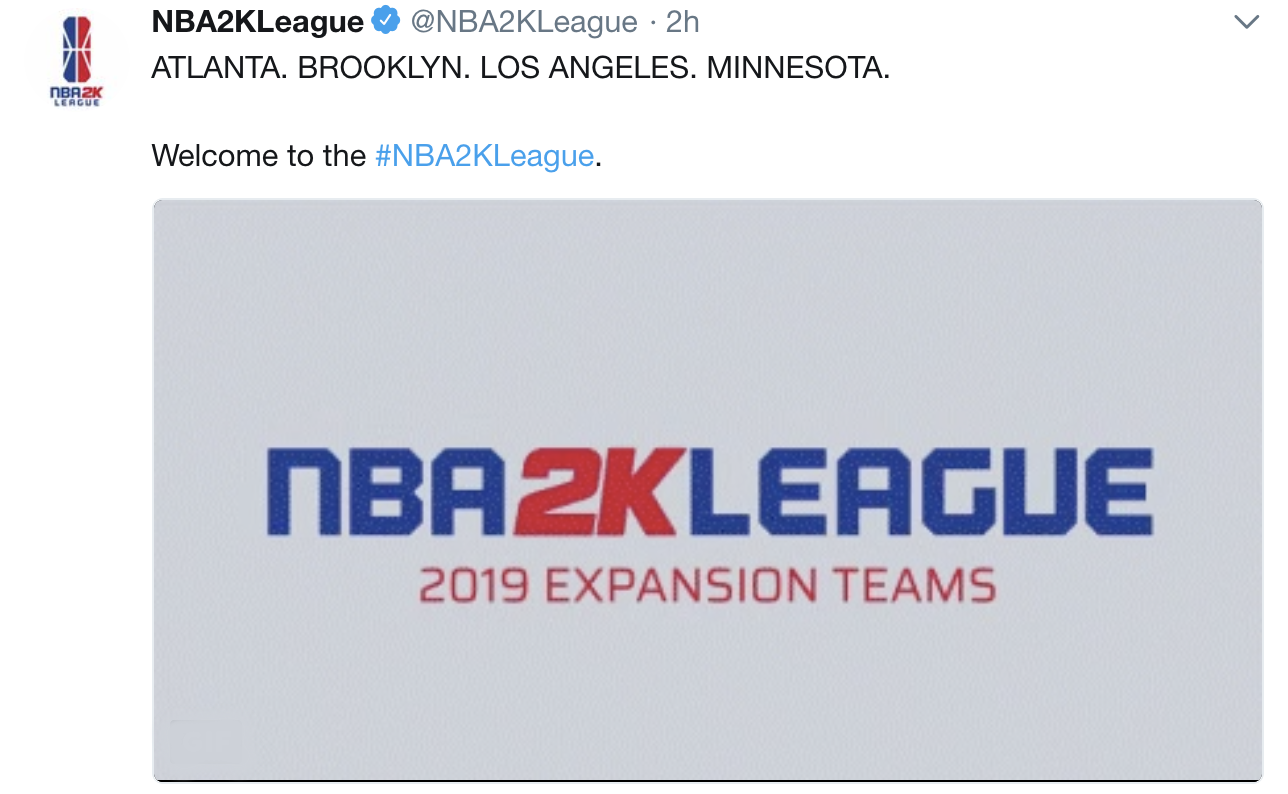 The next instalment in the NBA 2K series, 2K19, will release on September 11, and the draft for expanding teams is set for September 28.

The four new teams will announce their branding, including a team name and logo for their 2K franchise, similar to the other teams already in the League.