After weeks of incredibly disappointing releases, the March 9 Madden 19 Ultimate Team’s Ultimate Legends drop finally lived up to the lofty expectations from the community.

It’s not an argument – March 9 will go down as the day the best Ultimate Legends were released in Madden 19, as the previously lackluster weekly installment received a major boost thanks to the upgrades to popular Madden Ultimate Team favorites, Michael Vick and Lawrence Taylor.

PS4, Xbox One and PC users will certainly be happy to know both players avoided the ill-fated Limited Time designation, making arguably the best quarterback and outside linebacker currently in the game fairly affordable for players hoping to purchase the services of either card. 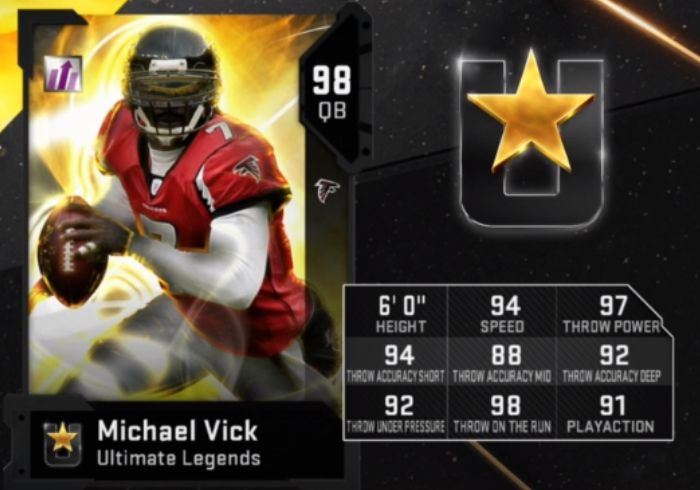 Any Michael Vick iteration will headline a given program, including Ultimate Legends.

Comparing the 98 overall UL version to the 96 overall Ghosts of Christmas Forever likely will do little to dissuade those who already had the latest version prior to Saturday, as Vick only saw a plus-two boost in essentially every important category including speed and every single important throwing/running attribute.

Still, given many players were already blessed with the highest Vick upgrade thanks to a Zero Chill glitch towards the beginning of January, it’s fair to say the hype surrounding the latest upgrade would be palpable regardless of how good the newest iteration actually was thanks to the small opportunity cost to upgrade.

Perhaps on an even more intriguing level, one of Vick’s set pieces might also be one of the better running backs in Madden Ultimate Team at the moment. 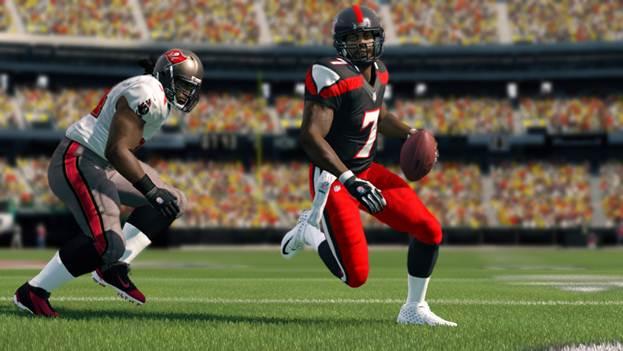 Michael Vick is one of the most prolific players in Madden history.

Nearly every Ultimate Legend has received an “out of position” lower overall item as part of the set, but Vick’s 88 overall RB item could wind up being a budget beast with 95 Speed, 98 Acceleration and 93 Spin Move.

We don’t have the image handy, but trust us when we say this card could ultimately be one of the best cards to own for under 50,000 coins, particularly with the ability to be boosted in Falcons’ theme teams.

At the very least, it could provide some flexibility to unique option-play offenses which previously were hindered by a running back unable to make accurate passes. 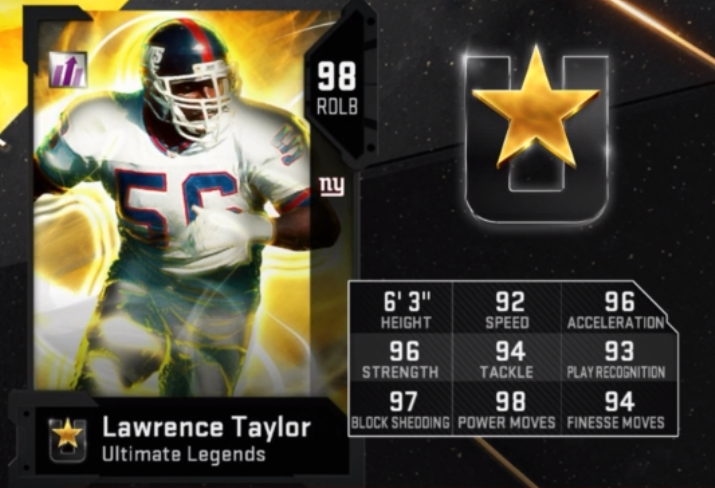 Lawrence Taylor’s newest upgrade instantly becomes one of the best outside linebackers in Madden Ultimate Team.

With a bevy of linebackers finally outpacing the 95 overall Harvest edition released in November, it only made sense for EA to immediately reset the meta with the latest upgrade to Lawrence Taylor.

Similar to Vick, the majority of users utilizing Taylor likely already had him Powered-Up, meaning when the 98 overall iteration becomes purchasable through training points expect the Giants Legend to be a wrecking ball for the duration of MUT season. 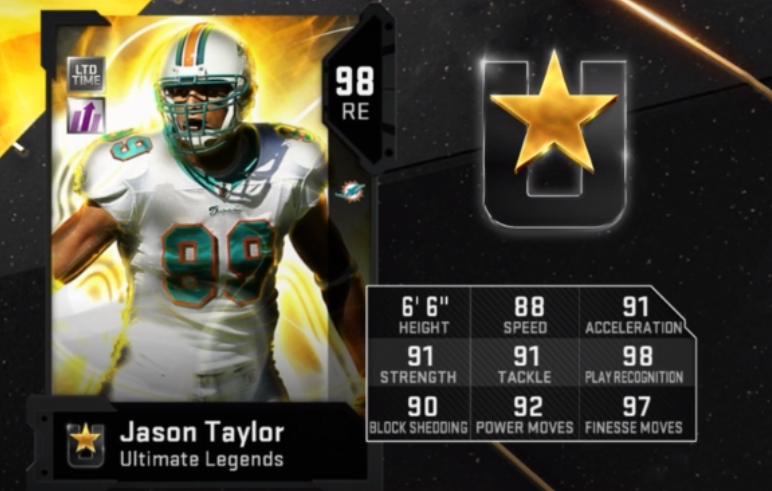 Jason Taylor will be overshadowed by the above duo, but he’s equally capable as his recently released Ultimate Legends colleagues.

Jason Taylor rounds out the trio of Ultimate Legends released Saturday, but his impact towards the uniqueness of the recent upgrades is about as minimal as it gets.

The “other” Taylor, as it was affectionately deemed on stream, isn’t quite the same user as 98 overall Career Tribute Julius Peppers, but he’s just one less speed and quite possibly a better pass rusher.

As a result, the Dolphins Legend is the best all-around pass-rusher currently available in Madden Ultimate Team and should be fairly affordable even with his LTD price tag factored in (at minimum 500,000 coins).