Along with a dose of much-needed information regarding the end of the Zero Chill program, EA revealed its choices for the Week 16 and Week 17 Team of the Week on January 3, which was combined into one release as a result of the recent slate of holidays.

A total of 32 new cards join the field Thursday, and unlike past iterations of Team of the Week, most of the lower to middle level 90-plus overall cards have viability at their respective position.

While many of the 87-88 overall cards are simply not an option for anyone other than theme teams, the same can’t be said for the litany of Bosses and LTD options available in packs. 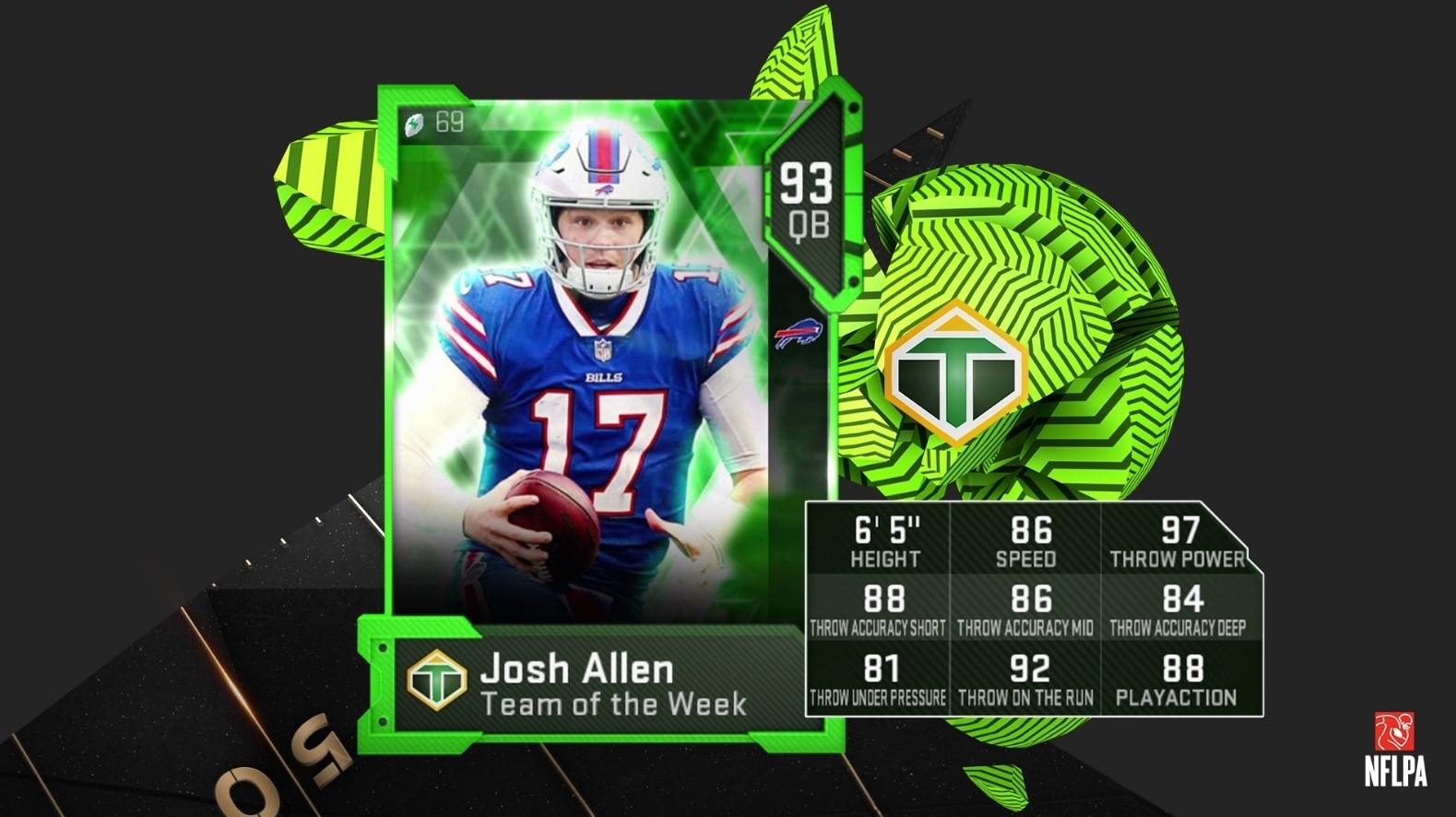 A strong stretch to end the regular season netted Josh Allen a 93 overall card, joining the likes of Sam Darnold and Baker Mayfield as rookie quarterbacks to receive a 90-plus overall item.

Unlike his rookie peers, however, Allen is arguably one of the best options at his position, given his height, 97 Throw Power and 86 Speed.

The Madden Ultimate Team version of Allen even has relatively good accuracy for the position and presents an excellent right-handed speedy quarterback to a meta dominated by left-handed Legends. 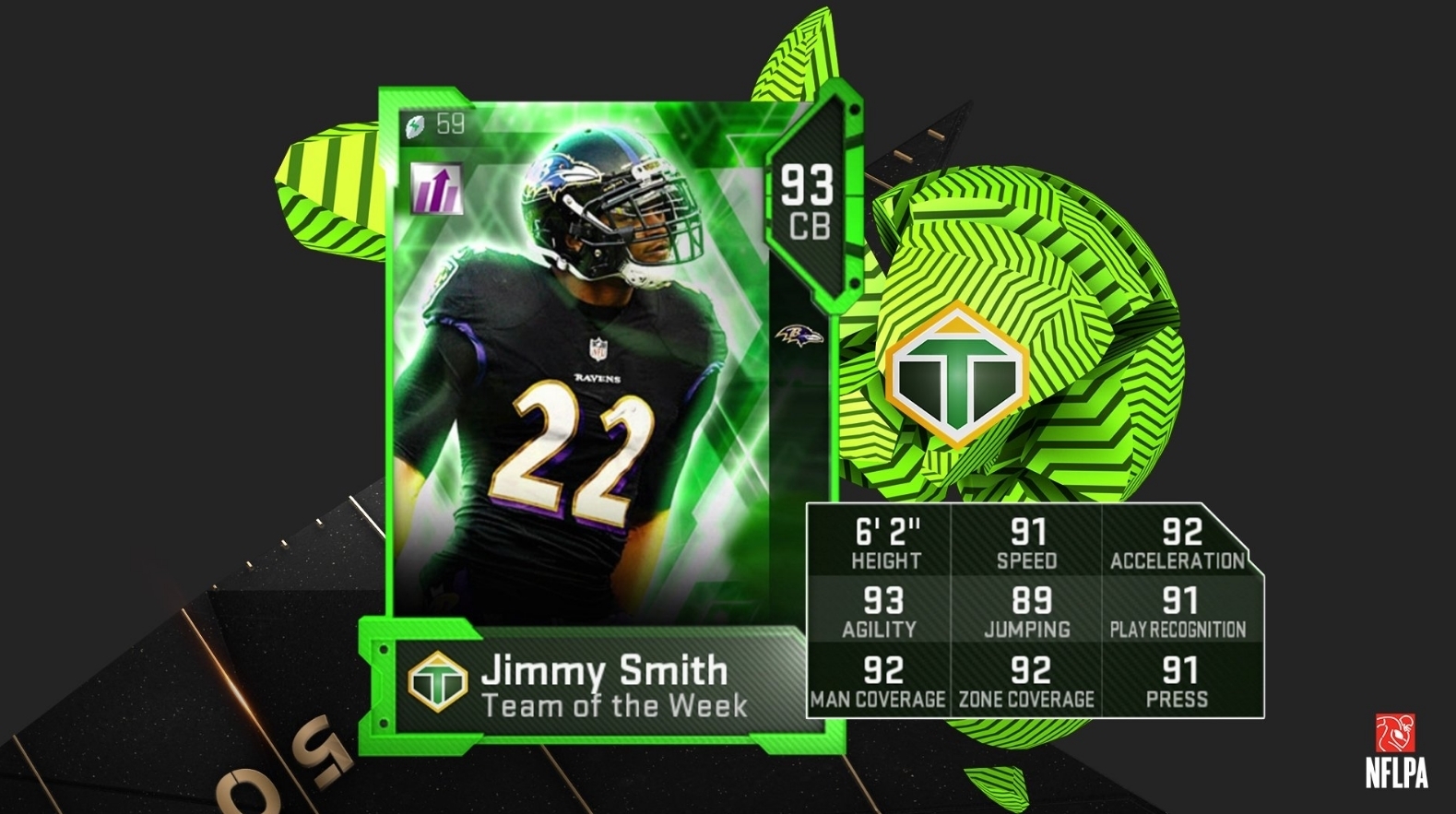 One of three Ravens’ players to receive a Team of the Week upgrade, Smith won’t match up to the number of 95 overall cornerbacks released in recent weeks, but he does boast fairly respectable statistics in zone coverage (92) and press (91).

At 6-foot-2, Smith shouldn’t be bullied off the snap and likely will represent a fantastic No. 2 cornerback for Ravens’ theme teams. 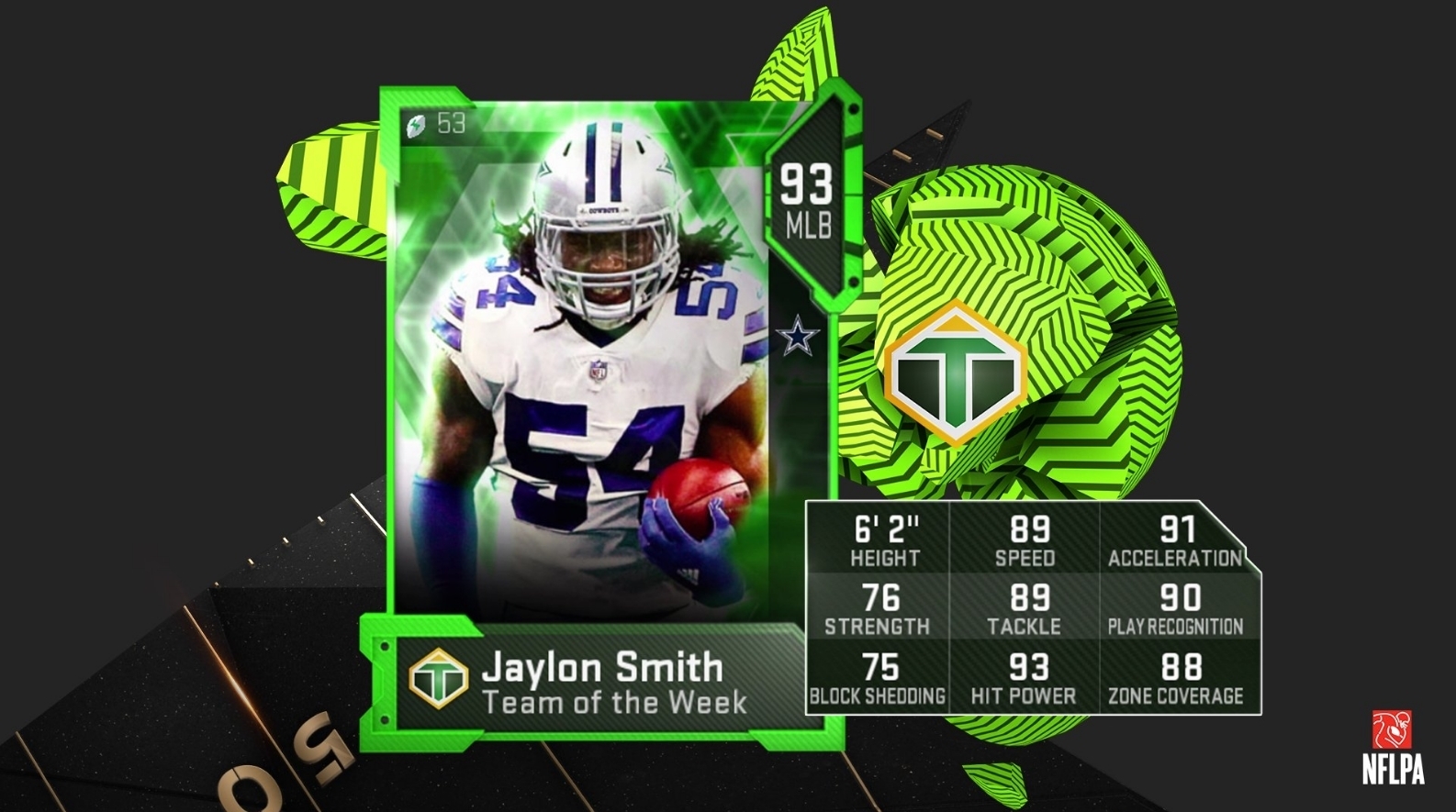 Jaylon Smith just received a 90 overall Zero Chill card which was immediately inadequate to the real-life counterpart, so it was nice to see EA rectify the issue a week later with a generous 93 overall Team of the Week Hero.

While all TOTW Bosses and Heroes will automatically gain Power-Up options in the near future, Smith was likely guaranteed a card anyway given his standout season and his plethora of different versions (now up to four).

With his 90 overall Zero Chill item still running relatively cheap, users interested in using Smith for the foreseeable future would be wise to prepare for his Power-Up option which will likely put the Cowboys’ middle linebacker among the best at his position when it’s all said and done. 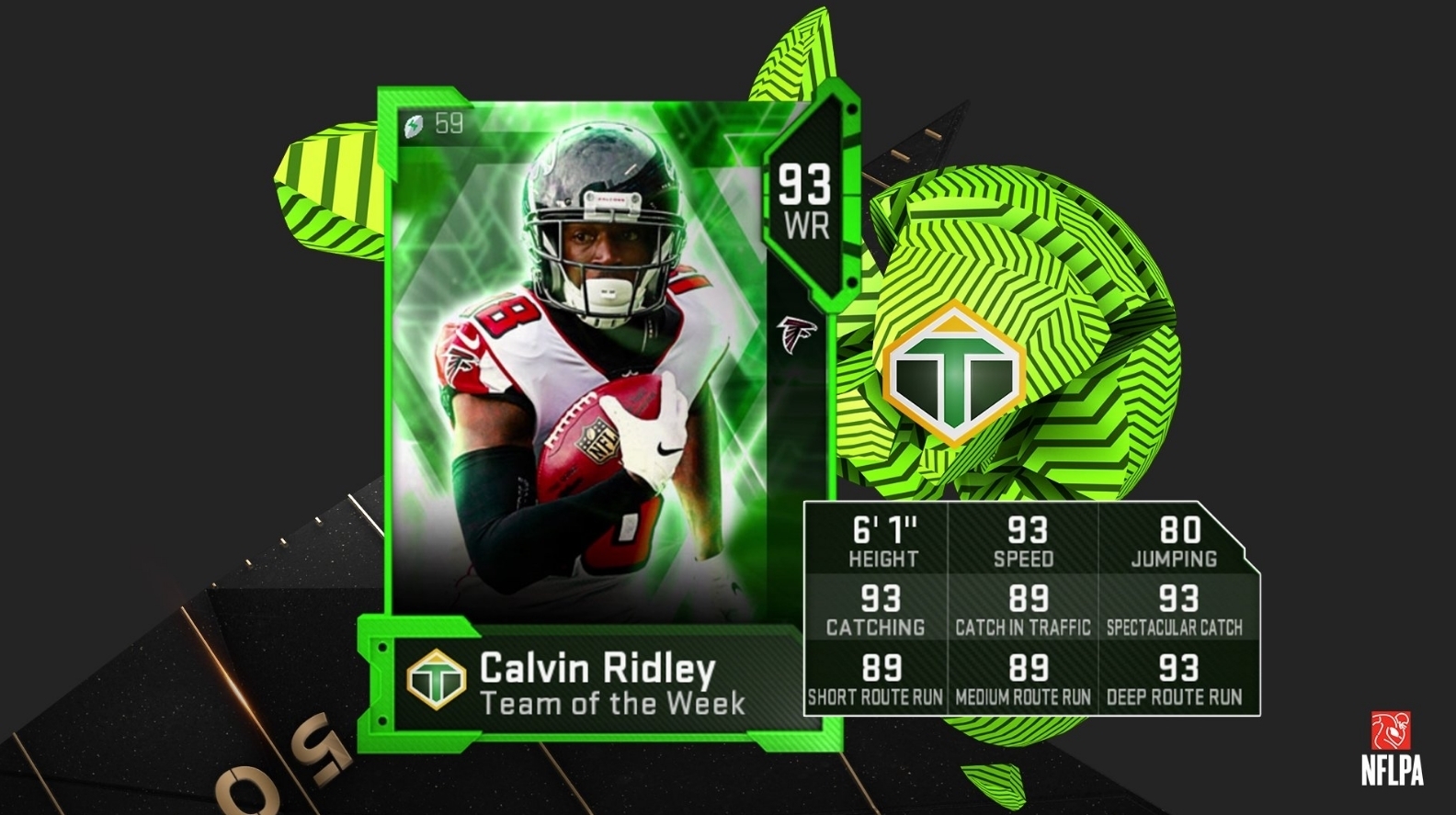 Ridley is perhaps the most disappointing of the 93 overall Heroes released Thursday, but don’t tell that to his Rookie Premiere owners, who automatically earn the card by completing his set from Madden 18.

Purely a Falcons theme team option at this point in the MUT season given his above-average speed (93) and ho-hum route running capabilities, this card felt more like something to appease RP owners as opposed to a meta-changing alternative at wide receiver. 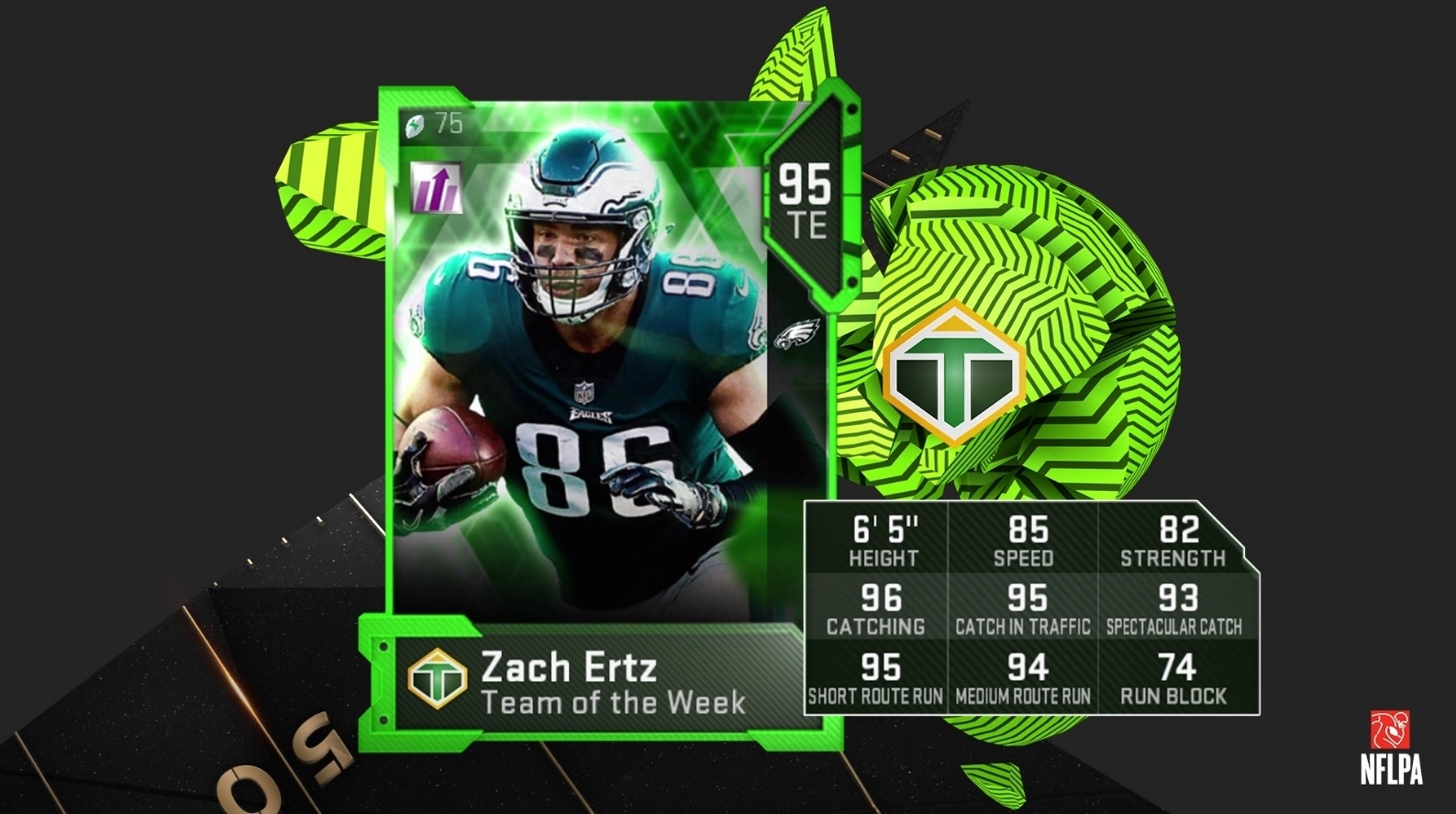 If not for a Primetime Performers Hunter Henry, which also dropped Thursday along with a plethora of TOTW options, this Ertz would look better.

As it is, users interested in trying out the Eagles tight end would either sacrifice speed (Legends 95 overall Shannon Sharpe, Ghosts of Christmas Past 96 overall Jeremy Shockey and TOTW 93 overall George Kittle are all faster) or run blocking (the aforementioned Henry and Ghosts of Christmas Present 95 overall Rob Gronkowski blow him away in that category) compared to the other TEs currently dominating the meta. 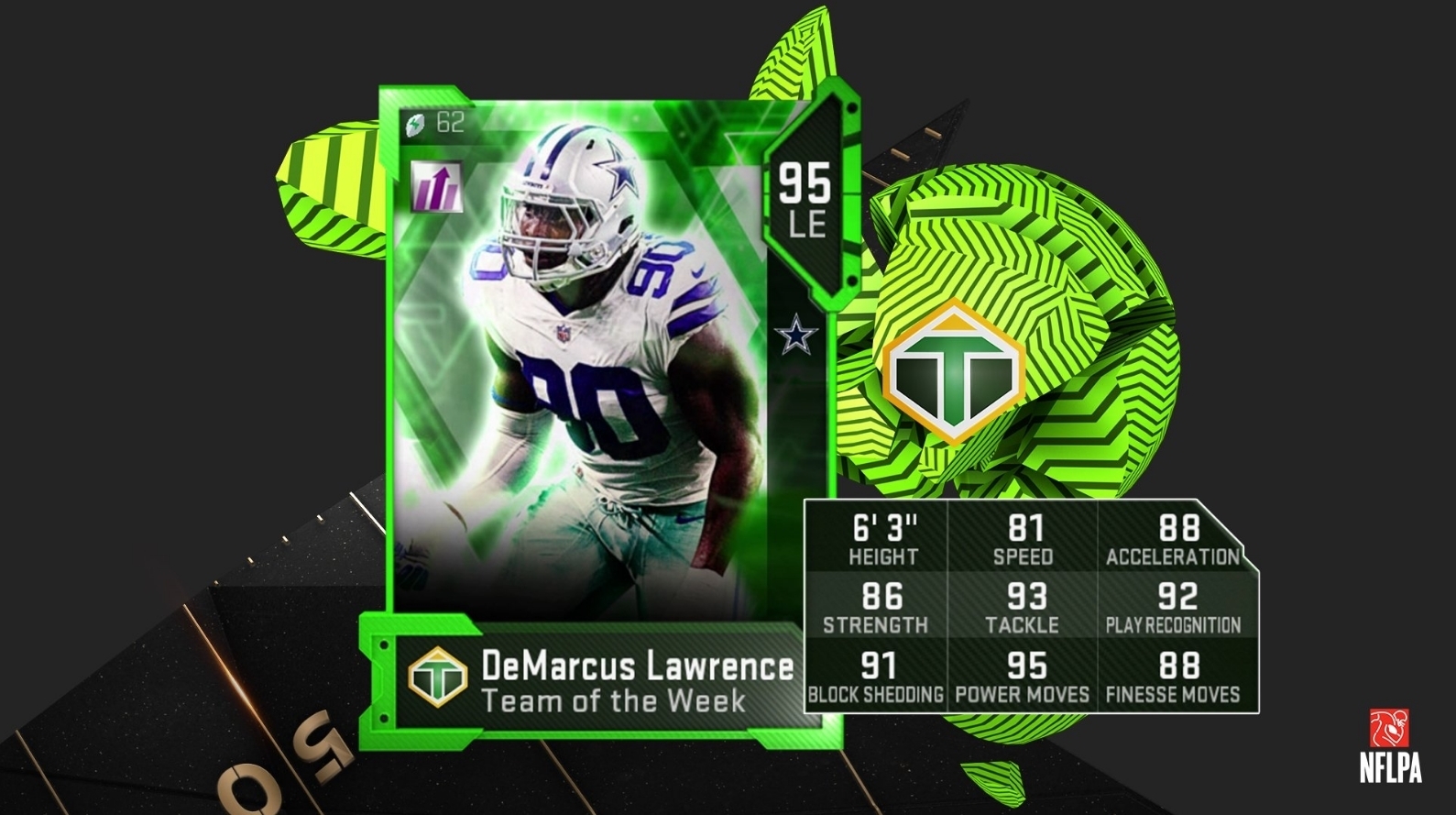 Unlike Ertz, however, Lawrence IS one of the best options at his position, at least when it comes to a 4-3 rushing end.

At 81 speed, the Cowboys defensive end won’t be able to contain Michael Vick or other speedy quarterbacks, but he should be able to put enough pass rush where it’s not an issue.

Three separate elite options prior to this one will likely make Lawrence’s Power-Up expensive, but prospective owners can take solace in the fact the TOTW Boss version likely won’t be as expensive given the nature of his set and the plethora of ways to build him. 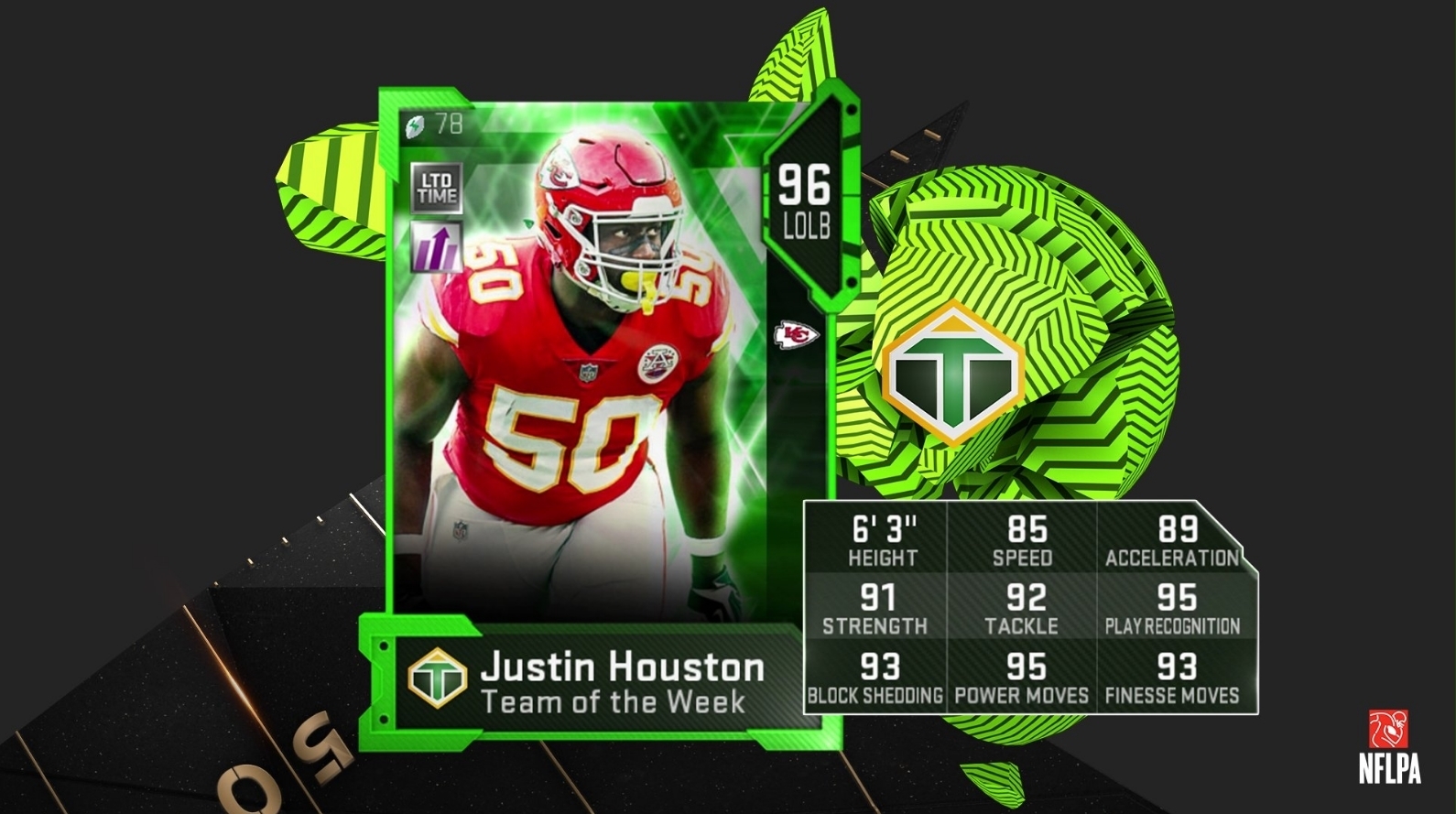 One of two LTD options to tie in with Week 16 and Week 17 of TOTW, Justin Houston is on the slower side of the quality pass-rushing 3-4 outside linebacker.

In other words, he’s a disappointment, but at least Chiefs fans can continue to utilize the ageless veteran, who has received four items higher than 86 overall since August. 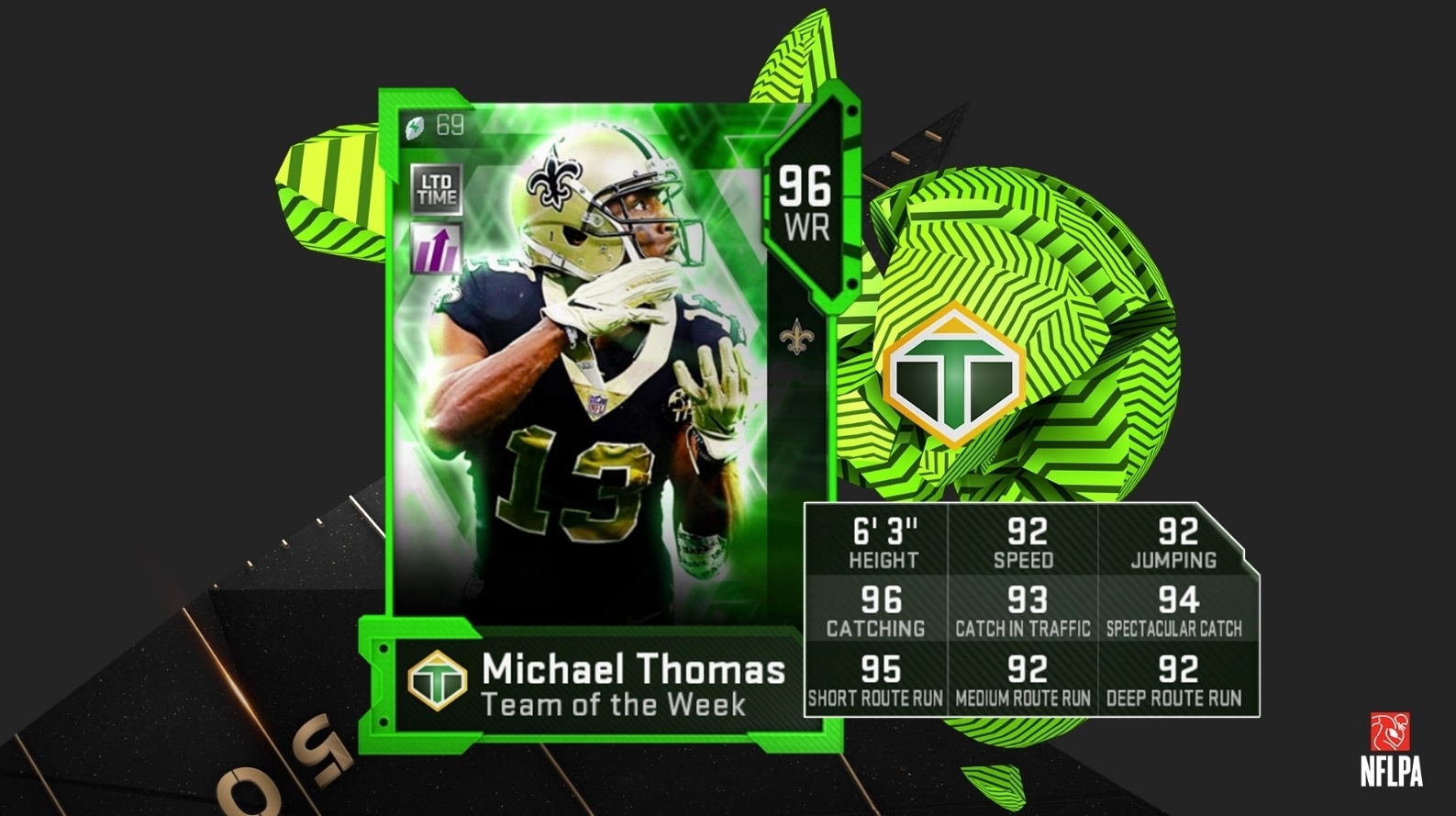 Michael Thomas thankfully gets an upgrade closer to his real-life counterpart, as his previous highest overall card, a 91 overall Night Guardians version, was severely disappointing.

While Thomas only has 92 speed, that’s right in line with the likes of Tim Brown and Antonio Brown released in the past week, but Thomas is three feet taller and possess similar, if not better route running stats.

It’s sure to be costly, players who had previously invested in Thomas’ Power-Up card will get to reap the positive results of their expensive labor, as his Night Guardian chemistry should allow him to creep into the 95 or 96 speed territory without much of a team-focused boost. 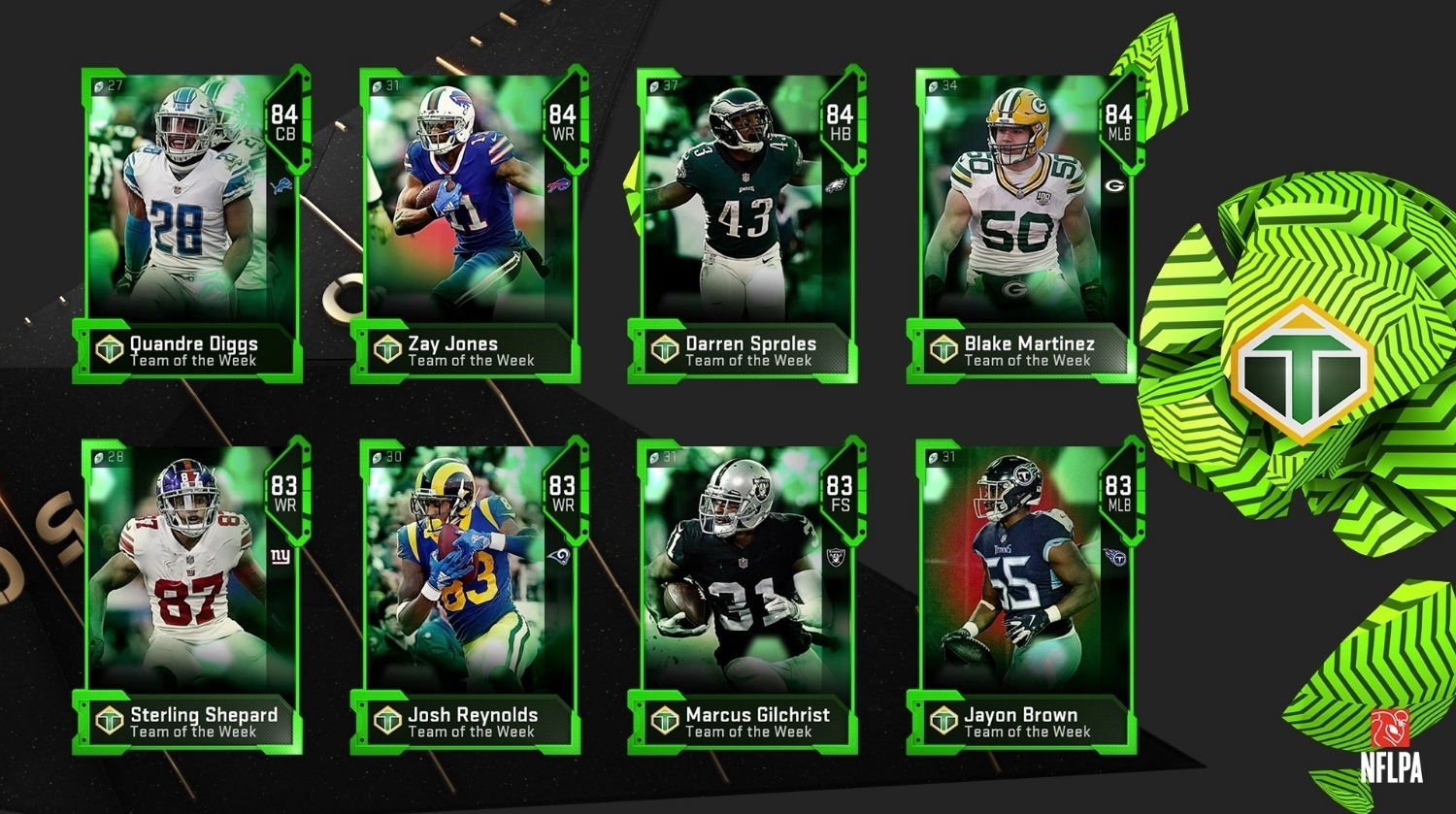 Echoing tweets announced earlier in the day, options in the store to acquire TOTW players for snow are available, with a choice of the 93 overall Bosses available for 2500 snow.

While the cheaper packs aren’t exactly worth it (75 snow for an 80 overall or higher Week 16 or 17 TOTW elite), the possibility to “melt” a Christmas 95 or higher overall card and convert it into TOTW Boss cards figures to be a fairly profitable venture if done correctly.