The Madden NFL 20 Championship series will be taking place at the newly unveiled Pizza Hut Stadium. A move intended to further blur the lines between traditional sports and esports.

Pizza Hut Stadium is the first-ever virtual stadium rights deal in history and all MCS live tournaments will be taking place at the new stadium.

“Pizza and sports go hand in hand, and esports is no exception. Pizza Hut has always been a trailblazer in the gaming space, from the days of tabletop Pac-Man in our restaurants, to now, becoming the first-ever brand to have an official virtual stadium rights deal in esports,” Pizza Hut CMO Marianne Radley said. 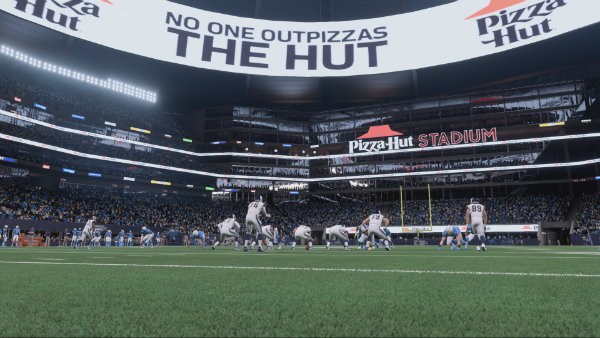 This is the first ever virtual esports stadium in esports.
[ad name=”article2″]

He continued: “The goal of all our partnerships is to create 360 fan engagement and we are thrilled to join forces with EA Sports to create memorable experiences that connect fans to their favorite sports like never before.”

While the stadium is plastered with the Pizza Hut branding, that doesn’t mean jerseys will be. Alex Nuñez, the esports Sponsorship Lead at EA Sports told Dexerto: “The idea behind virtual stadium rights is to develop an opportunity that’s in the image and in the essence of what you would see in the actual NFL. So we wouldn’t want to stray from a traditional NFL experience.

“We wanted to mirror what you had experienced if you were to go to an actual NFL stadium where the concept of stadium rights already exists and you’re used to seeing brands within the stadium. We’re trying to create an extension of that in our world.”

Dexerto asked Vida Mylson, the Sr. Director of Global Brand Partnerships at EA Sports if there are plans for any other virtual stadiums. 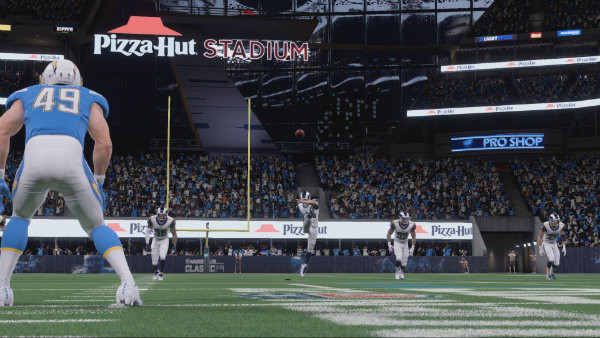 “I think there’s always a possibility, I think from a bigger picture perspective and overall for esports,” she said. “I’m not going to say yes, I’m not going to say no, but obviously we’re definitely thinking a little bit bigger as far as how we can innovate these offerings and really lean into creating an experience for these brands within the sports environment.”

Mylson added that the partnership “validates the future of the Madden Championship Series as an NFL partner and property. 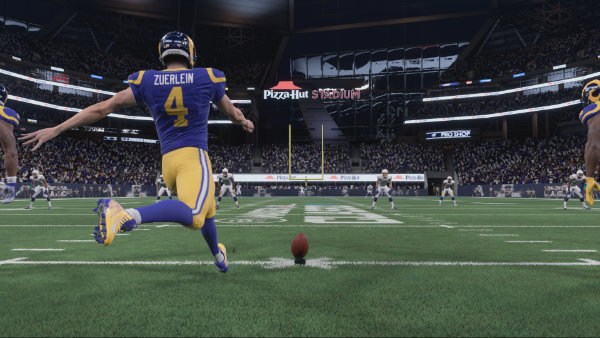 “I think from a Pizza Hut perspective, as well as ours, it kind of goes back to the idea of blurring the lines between the real world and then the world of gaming and really creating that mirrored sponsorship opportunity that they’re getting in the world of the NFL into a whole new area of gaming.”

Nuñez added: “This is such a great example of how a sponsor program can bring value to the Madden competitive community, especially at the professional tier.

“Now our professional players are playing in a virtual stadium rights deal, Pizza Hut stadium. This was created for them and then a belief in them that they are stars and eventually we become superstars of this sport. And that’s just how we try to approach our sponsorship business is not only bringing value to the brand but to the Madden community as well.” 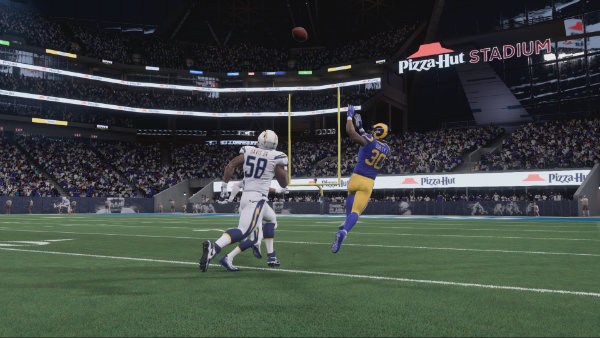 The Madden series has been around since 1988.

The MCS kickoff and debut of Pizza Hut Stadium is August 30 at the Madden NFL 20 Classic. The tournament is taking place at North America’s largest esports facility – Esports Stadium Arlington.