In perhaps one of the biggest information reveals in Madden 19 Ultimate Team history, February 14’s Daily Drops stream touched on a wide array of new cards, solos and sets coming to MUT in the coming days and weeks.

Team MVPs will rightfully draw the most headlines, with an influx of 20 different 97 overall cards hitting the game Friday, but over 240 Team Builder items will also join the fray, providing much-needed upgrades to teams who weren’t able to benefit from the NFL Playoffs promo.

Series 5 solos and sets also came to the forefront in the most recent release, highlighting a handful of new options for Series 5 Trophy collectibles, while simultaneously providing upgrades to MUT Masters 95 overall Ryan Shazier and the base upgradable Ricky Williams item that launched at the start of the new game. 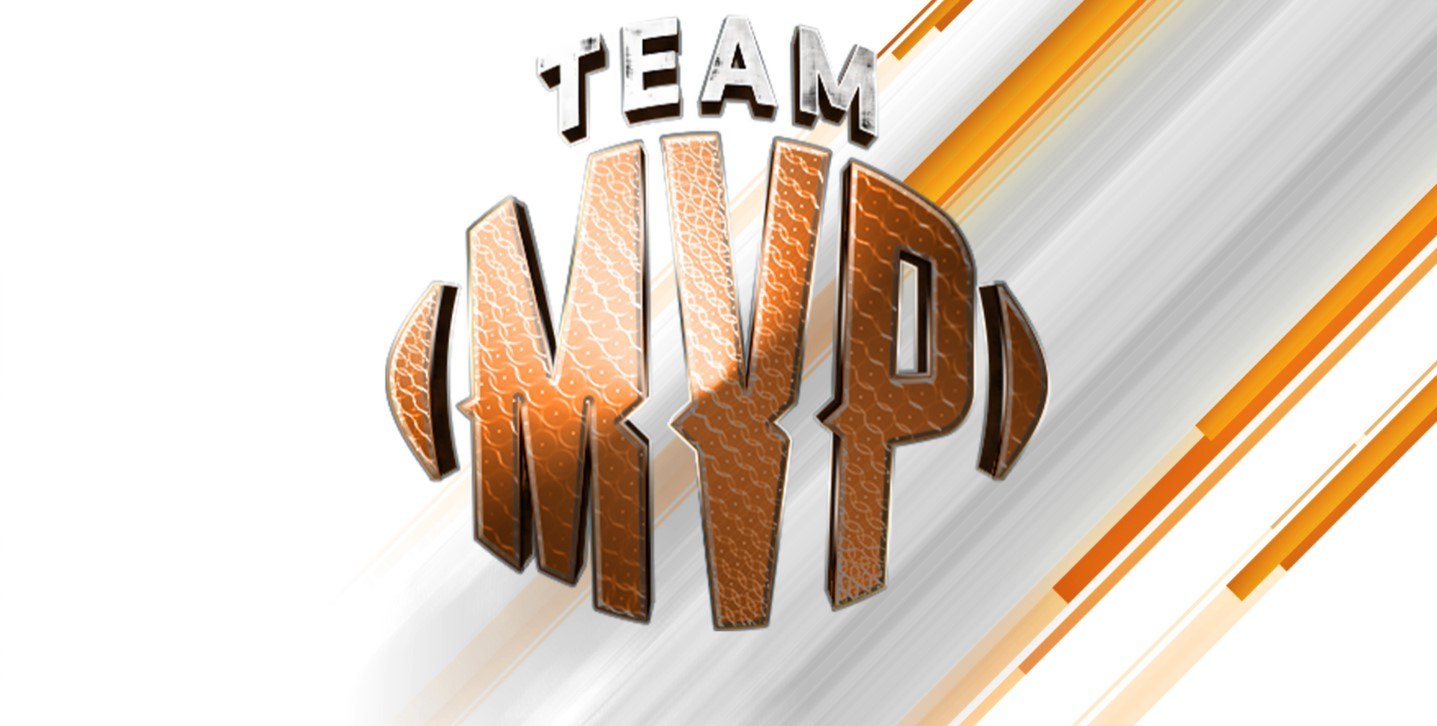 Theme team users, rejoice. In perhaps one of the most unprecedented drops to come in some time, upwards of 280 new cards will be released Friday, with each non-playoff team receiving six different items of varying overalls.

It’s a breath of fresh air with only the likes of Patriots and Rams players receiving significant upgrades throughout the run-up to the Super Bowl, and *wipes tear away from eye* feels like an honest to goodness attempt at listening to the MUT fanbase which had been clamoring for more diverse options for respective theme teams. 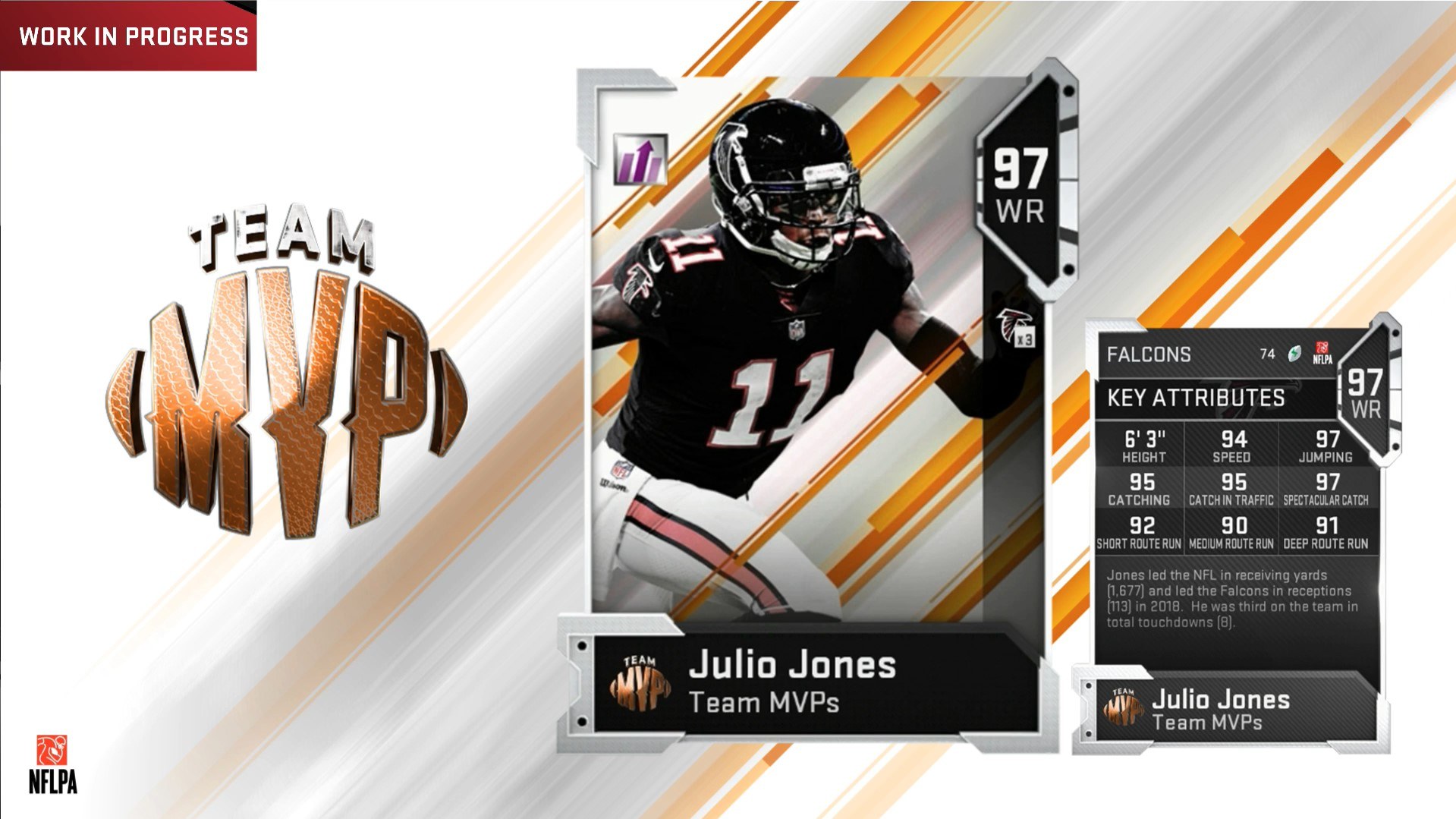 Julio Jones was a highlight of the February 14 Daily Drop.

While 94 Speed and 95 Catch in Traffic aren’t exactly in line with the likes of 96 overall Ghosts of Christmas Past or even 98 overall Ultimate Legends Calvin Johnson, a user potentially interested in acquiring Jones would likely already have his upgrade prepared following a lackluster 95 overall Ghosts of Christmas Present release, and thus should be able to build a solid card via the Power-Up format. 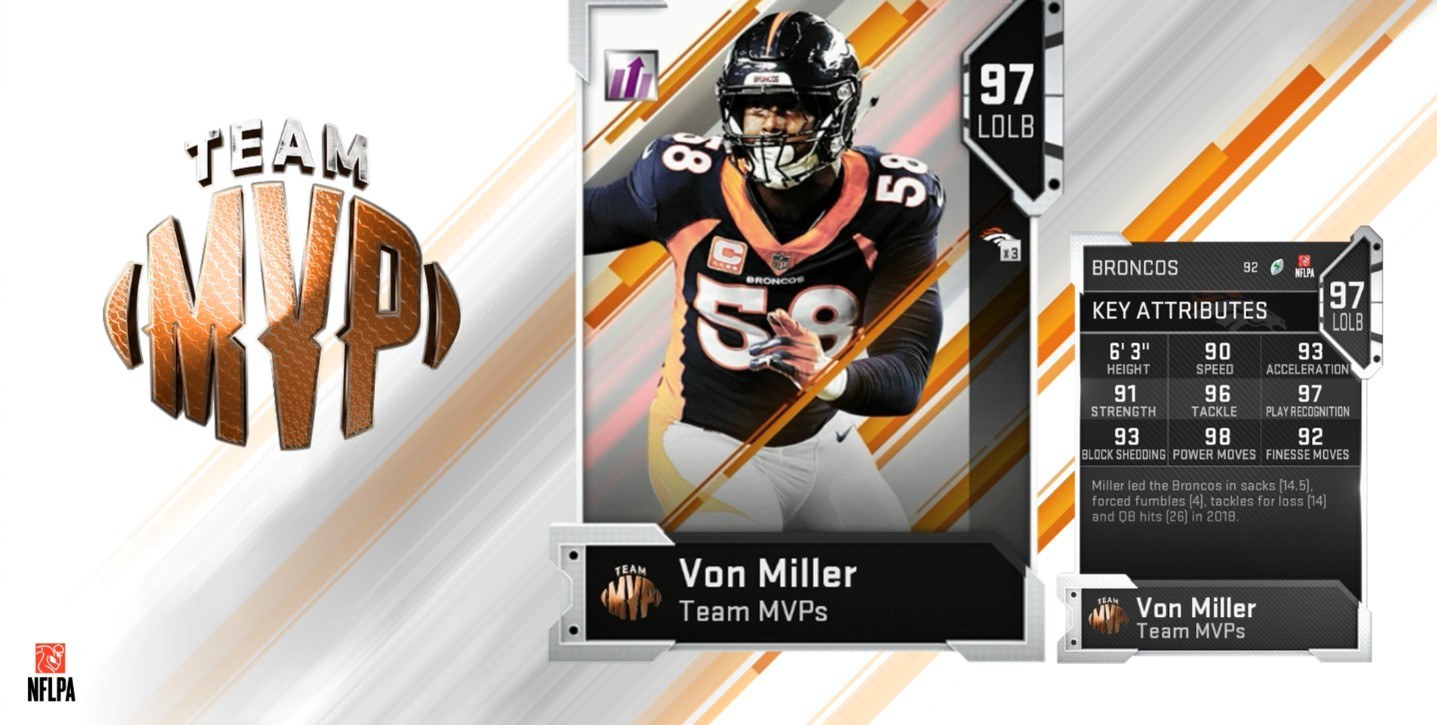 Von Miller brings some hefty stats to fit in with many teams.

Miller doesn’t present nearly the same type of problem, sporting a stunning 90 Speed and even more surprising 98 Power Moves. The Broncos pass-rushing linebacker will likely be better suited for his designated in-real-life role with this card, but Miller also has enough speed to be a fairly competent user option should a player want to go that route and likely will rival 95 overall Harvest Lawrence Taylor in terms of game-changing versatility.

It’s worth noting that six different Team Builder cards were needed in order to complete the Team MVP set in the initial preview, plus an additional program player from the past (Team of the Week, Harvest, etc.) as well as a number of elite, gold and silver tokens, so these items won’t be cheap.

Still, it’s exciting to see such an emphasis placed on creating the perfect theme team, and the continual efforts to provide the necessary resources to make that a possibility despite the conclusion of the real NFL season.

Of course, a new program can’t be without a new currency, drawing the ire of the Madden community in the process. “Snow” and “Super Bowl rings” will now be followed by “Scout” points, and it will operate in the same capacity as the previous currencies. More information regarding the best ways to interact with the new currency will likely surface in the coming days, so we’ll keep this portion brief for now.

10 new MUT levels will be added on February 15 as users will be able to grind to Level 80, receiving subsequent awards along the way. The rewards yielded per level are as follows:

It shouldn’t be too hard to grind up to Level 80 with the addition of 84 new “Journey” solos which received a long overdue update. While the 84 solos will likely yield a small number of packs and coins as a user progresses through, the real prize will be the non-auctionable/tradable 95 overall Le’Veon Bell item.

Thanks to a surprising bit of foresight, EA opted to provide Bell’s newest item with the ability to use any of the 32 NFL team chemistry’s, alluding to the fact the current Steelers back will likely find a new home in the offseason. It’s a cool feature for a card that had likely been collecting dust in collective MUT owners’ binders, as his 92 overall Team Diamond edition had not been updated since it launched with the game.

Finally, 95 overall Series 5 Master Micah Hyde is this series’ feature head-to-head reward, which will require users to submit 88 Series 5 tokens for the auctionable item, or 44 for the NAT version. Of course, a smattering of other sets were also released that require Series 5 collectibles, with the newest Madden Collectible likely drawing the most attention for users still diving into the game on a daily basis.

Brand-new Power-Ups are on their way to Madden Ultimate Team.

As is customary with every “season” update, Williams will receive a plus-two overall boost by grinding through the 10 soon-to-be-released MUT Levels. Perhaps thankfully, Williams’ 97 overall item likely shouldn’t displace the current top options in the meta such as 98 overall Rookie of the Year Saquon Barkley or 98 overall Team of the Year Todd Gurley.

But for a free to earn card, it’s hard to get too upset with his combination of speed (94) and elusive (94 Break Tackle and 93 Agility) capabilities.

It was Shazier’s update that came as a bit of a shock, despite the fact his 95 overall MUT Master item had not seen any sort of update since the launch of the game. Users who already have the 95 overall edition will need to complete just four additional tasks to boost him to a 99 overall, and unlike the previous grind to acquire the highest overall version, these seem fairly simple.

Winning five games with a 95 overall or higher team, winning 150 games, reaching MUT Level 80 and completing 25 Daily Objectives will slot you with the necessary tokens needed in order to boost Shazier to 99 overall which should guarantee a user arguably the best “user” linebacker for the rest of the Madden season.

And while it won’t take place on February 15, more Power-Ups will be hitting Madden Ultimate Team on February 17, and are expected to be added in subsequent Sundays to come. This week’s iteration largely focuses on past Team of the Week Masters and Primetime Performers, with the likes of Alec Ogletree, Dak Prescott, Derrick Henry, DeForest Buckner, Marlon Mack, Calvin Ridley, Jaylon Smith, Josh Allen, Randall Cobb, Vernon Davis, Eric Weddle, and LeGarrette Blount.