It appears as if Madden 19 Ultimate Team is joining in on the April Fools’ Day trend with their later “Ultimate Code Breaker Challenge.”

Following the widely successful challenge from February, the current challenge will be available for PlayStation 4, Xbox One, and PC users until 12am PDT / 3am EDT / 8am BST.

Each one of the five solos has a hidden objective(s), but the first four shouldn’t take too much time to complete if you know what to do. The reward upon completing the quintuplet of solos is an Ultimate Code Pack, similar to the code needed to earn a 95 overall player during the lead up to the Super Bowl. 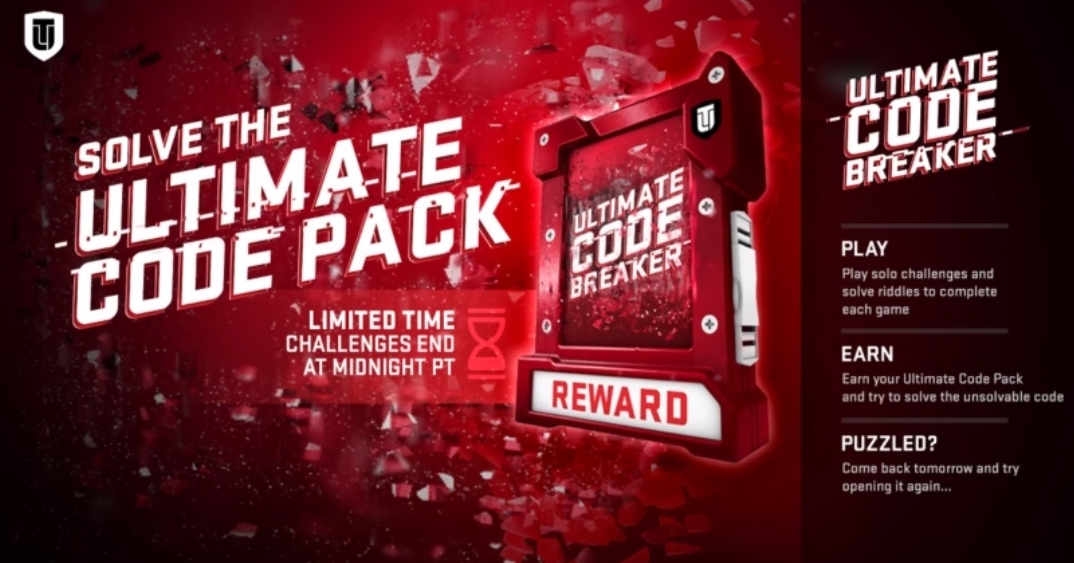 The Ultimate Code Breaker Challenge appears to be a play on April Fools’.

However, the community has yet to figure out the correct code as of this publication, and the in-game text seems to heavily hint the reward will actually come Tuesday, April 2. 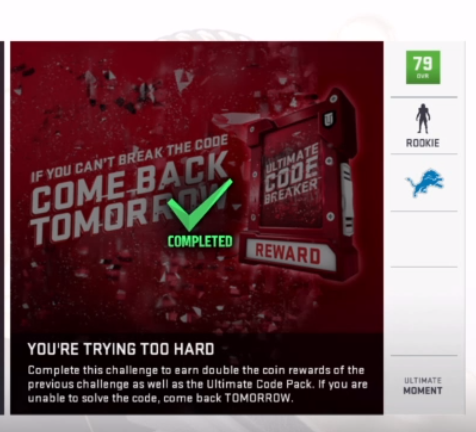 Both the Madden Daily Drops stream and the literal in-game text seem to strongly hint the reward will come tomorrow.

Here’s an outline of the hidden objectives required to pass each solo:

Easiest way to do this would be to “Taunt” – either L2+R2+X (on PS4) or LT+RT+A (on Xbox One). It’s worth noting, you cannot lateral the ball and then recover the fumble.

Easiest way to complete this task would be to go into a trips shotgun play, hot route the lone receiver to a “curl” route and lob the pass.

(It’s imperative you change the “Play Clock Remaining” to 10 seconds before starting this solo, as it’s a full 15-minute quarter in which you can’t gain any yards, so you’ll want to the CPU to have as little time as possible.)

It was confirmed on April 2 that this challenge wasn’t just a simple April Fools’ Joke and that players would receive 75,000 coins if the five solo challenges were completed during the allotted time period.