The first Christmas presents from the Zero Chill program have been “unwrapped”, joining Team of the Week and two LTD (limited-time) Ghosts of Christmas Present cards to be released on December 18.

Only two presents were revealed, the first of which yielded a Wheel of Snow pack, the currency used in a variety of Zero Chill options. Users have reported anywhere from 50 to 425 snow to come from the pack.

The second present is marginally better, revealing Out of Position 87 overall fullback Jason Kelce, which quicksells for 440 snow.

An underwhelming program to date, Kelce’s OOP might actually be an intriguing option at FB given his excellent blocking stats (84 strength, 90 run block, 90 lead block, 84 impact block) and should make for an affordable option given the sheer amount of options available on the auction block. 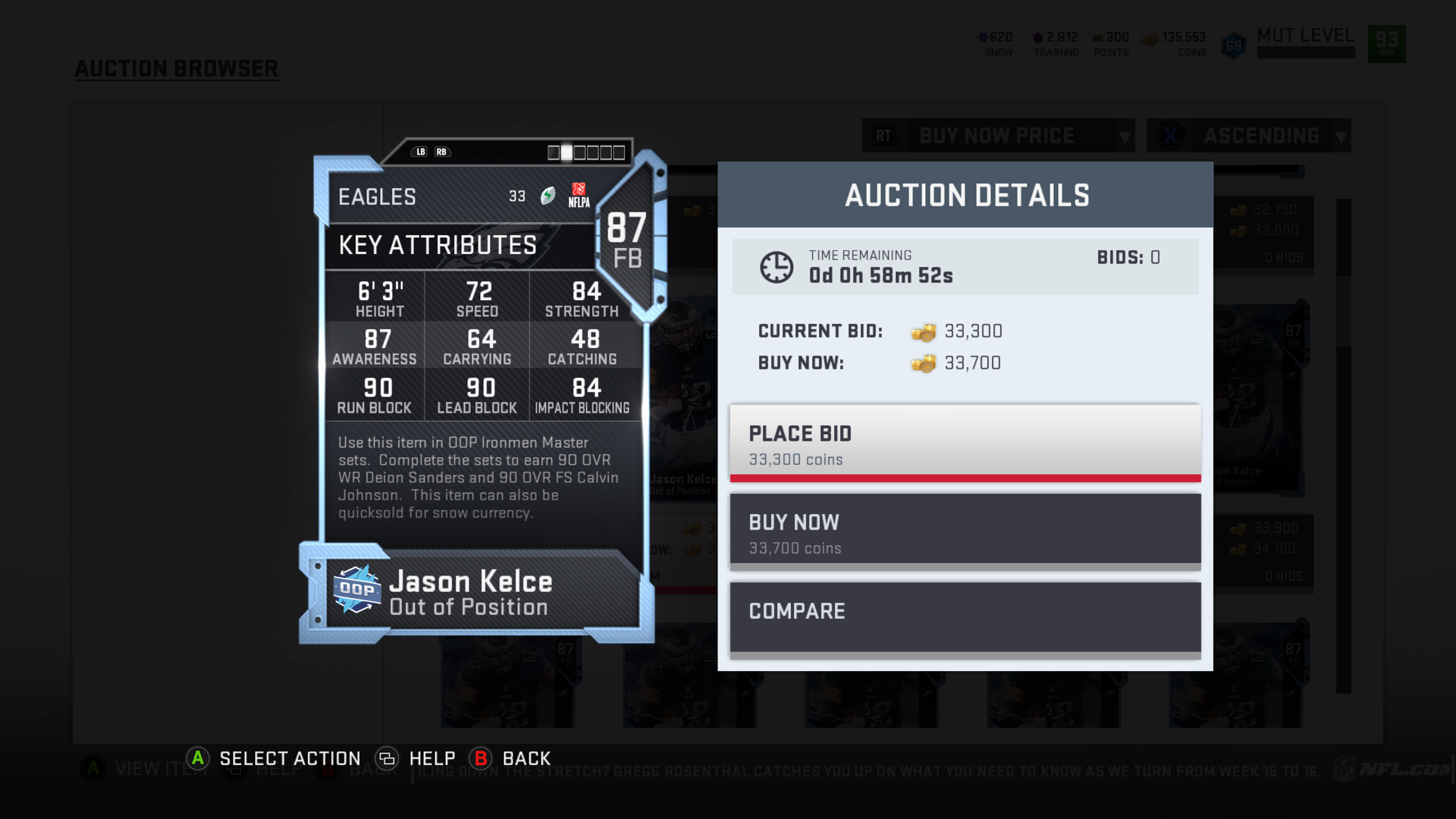 The more intriguing information actually came on the back of Kelce’s card, as it appears to reveal the details of a new promo called “Ironmen: OOP.”

A variety of upcoming presents appear to mentioned “Ironmen” on them, which many people speculated could give upgrades to players that have participated on both sides of the ball.

However, that information has since been removed and replaced with the already released 90 overall QB Walter Payton and 90 overall ROLB Sean Taylor. 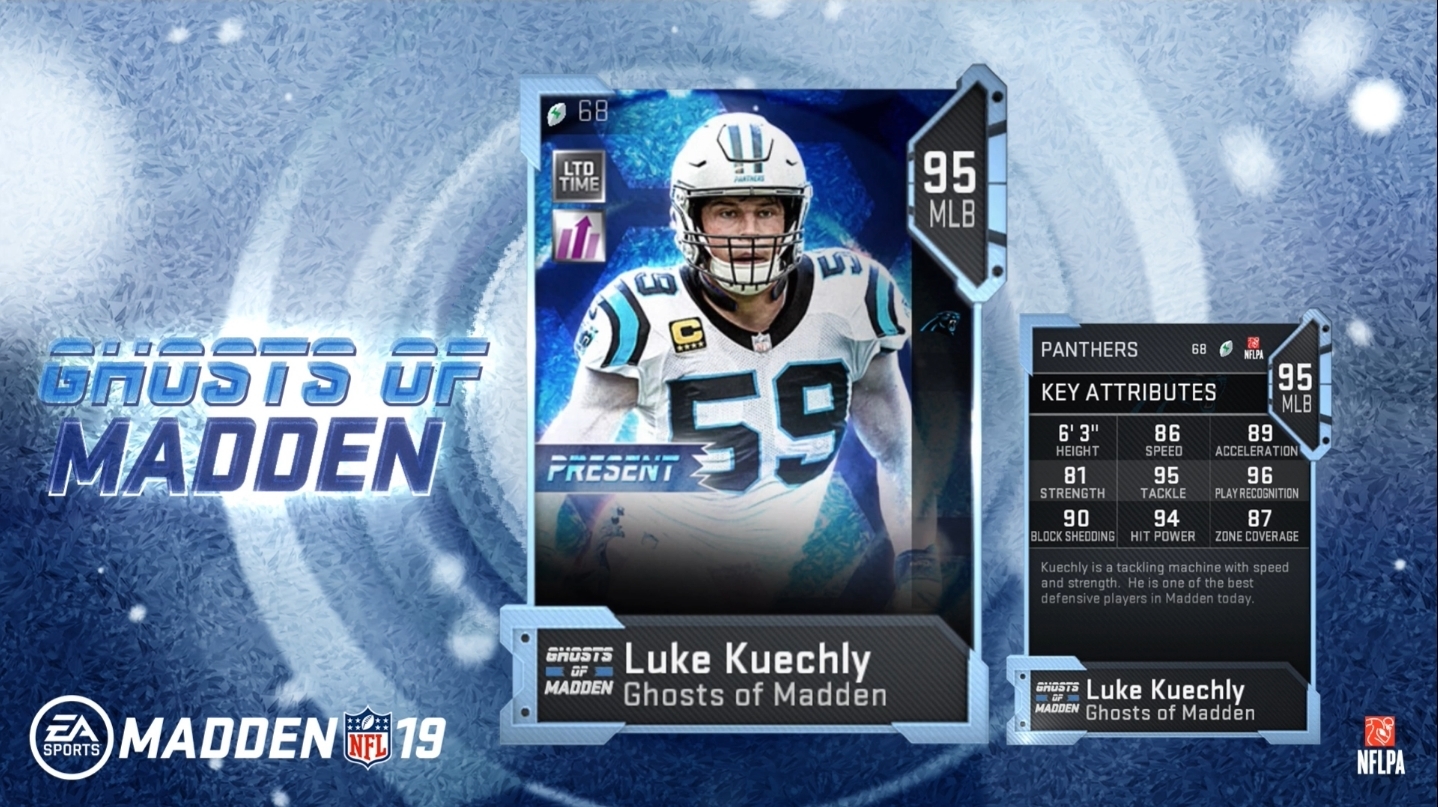 Panthers middle linebacker Luke Kuechly receives an update to his 92 overall Ultimate Kickoff card which was released in September, although a disappointing 86 overall speed next to a ton of other notable MLBs makes this an expensive option only for Panthers theme teams or people who don’t want to user the position. 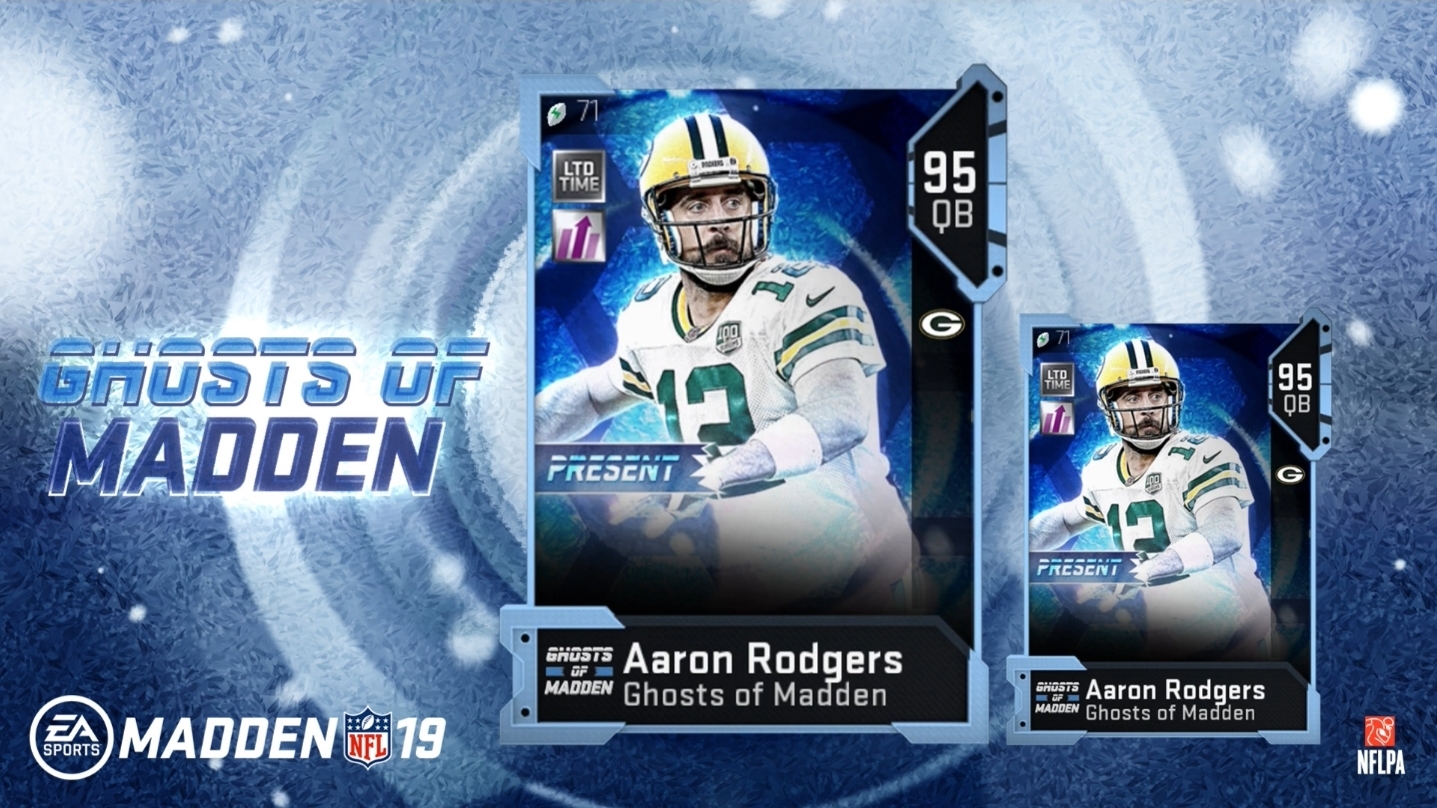 Aaron Rodgers becomes the second Packers limited-time card to be released in the last four days and will almost unquestionably be one of the most expensive cards available in the game.

An improvement upon his 92 overall MUT Heroes card, Rodgers statistics are underwhelming for what figures to be such a high-end card, as a number of cards more affordable (namely Donovan McNabb’s Gauntlet card) boast similar, if not better, blend of speed and passing stats across the board.

Both LTDs will be available in packs until December 20.