Another Saturday, another round of Ultimate Legends in Madden 19. While the two defensive players were yet again tormented with lackluster Speed numbers, the highest profile offensive player will certainly live up to expectations.

Chad Johnson didn’t have a Power-Up as part of the Zero Chill master 95 overall item, so it made sense the former Bengals receiver would receive an upgrade that featured the potential theme team benefit. 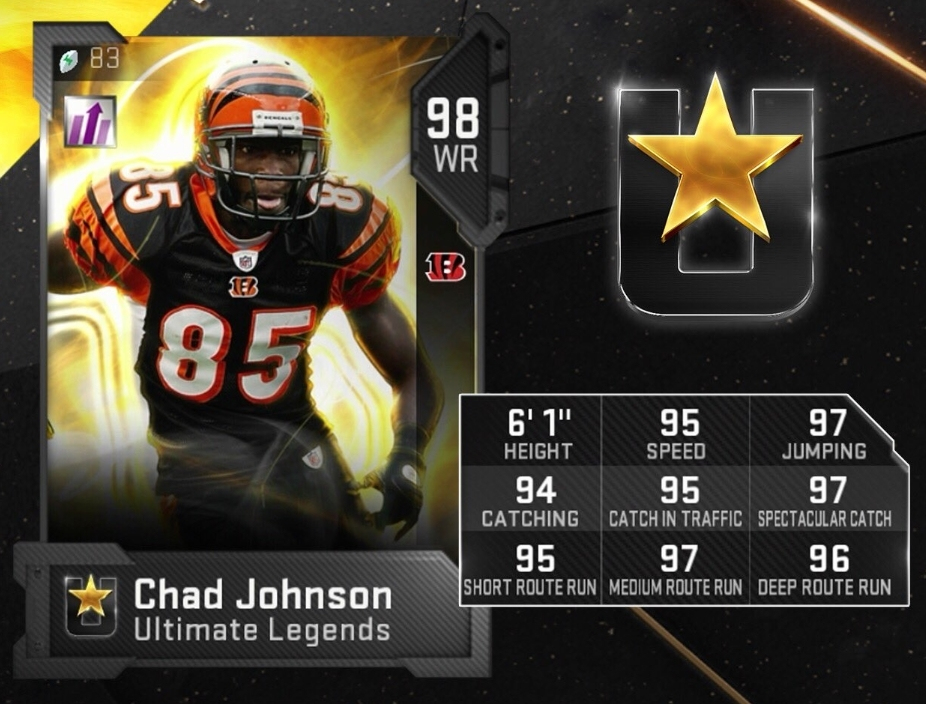 While the height (6-1) doesn’t situate Johnson with the likes of Calvin Johnson or Randy Moss in terms of Legends receivers, 95 Speed is more than generous given EA’s insistence on destroying the stats of previous UL cards, giving Bengals and Patriots theme teams an explosive option split out wide. 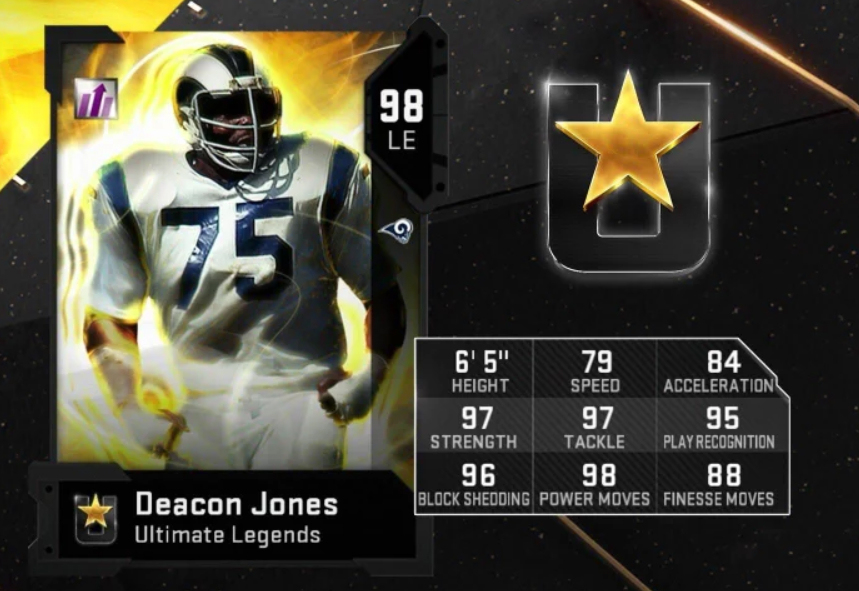 Jones’ item doesn’t quite match up to the legacy the defensive end left behind.

Deacon Jones also received a Power-Up thanks to the Ultimate Legends program, which should be good news for Chargers and Redskins theme teams.

While the former all-time sack leader is best known for his years with the Rams, ultimately creating the NFL term “sack” thanks to his pass-rushing prowess, the defensive end simply doesn’t fit the current Madden Ultimate Team meta.

Make no mistake, nearly every one of Jones’ pass-rushing stats is beyond excellent (save for the 88 Finesse Moves) which would be great in theory. But with the influx of 88+ speed quarterbacks dominating Madden Ultimate Team, Jones more than often will need to be subbed out in obvious pass-rushing situations in order for faster players to actually contain the potential scramble option.

That essentially makes Jones an expensive two-down lineman, meaning the literal legend who redefined the NFL game on the defensive side of the ball can’t even be used effectively as a pure pass rusher in Madden Ultimate Team.

That’s an issue Madden, the franchise, will need to solve in the coming iterations of the game. 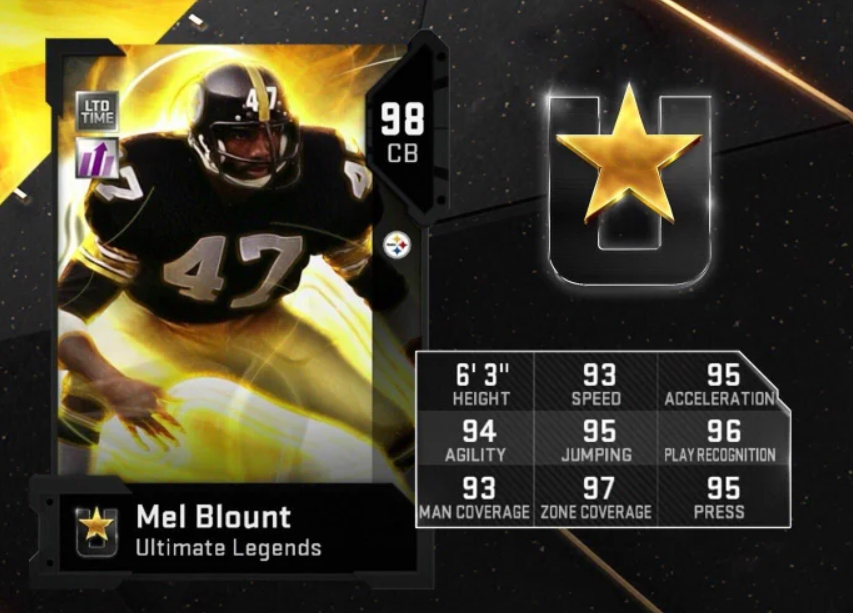 Blount will need multiple cards in order to have the necessary speed to keep up with most players in Madden Ultimate Team.
[ad name=”article4″]

Mel Blount’s item would like to have participate in that conversation, as the defensive back joined a plethora of Legends that essentially would be useless without slotting into a theme team.

If you’ve kept up with past Ultimate Legends releases, this shouldn’t be a surprise, but it’s worth repeating until EA corrects the issue – for as great as the Power-Up system in Madden 19 has been, legitimate high-end items have to be relevant without relying on theme team boosts.

Otherwise you’re left with what we’ve seen in the past couple of weeks, “legends” that are simply second-class players within Madden Ultimate Team.

Four Power-Up items were shown with the expectation they’ll be released March 24, but the other three players will likely come from the Team MVP program, which concluded on March 21.

Here’s the list, with the expected three players listed in parenthesis: