A slew of limited-time items will drop into packs in the ensuing days, with the culmination item, 2018 MVP winner Patrick Mahomes, likely to enter later in the week.

If February 6’s batch of NFL Honors LTDs is any indication, the Chiefs star QB is about to get one hell of an upgrade, as the likes of Andrew Luck and Chris Long both saw substantial boosts to their previous editions. 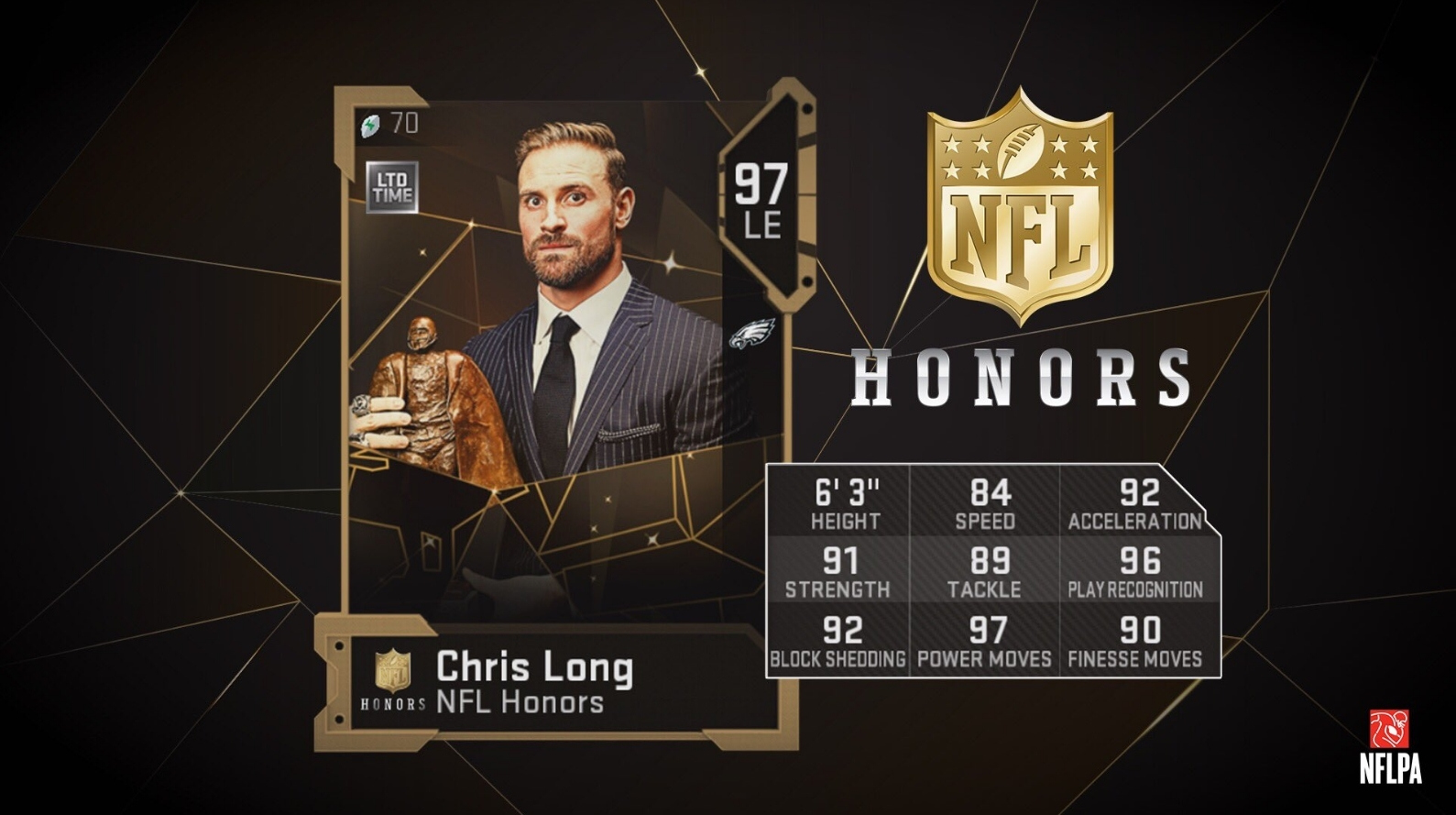 Chris Long is one of the best linemen available in Madden Ultimate Team.

Besides being one of the funnier-looking cards to enter Madden 19, Long’s steely gaze shouldn’t distract users from acquiring the two-time Super Bowl winner, as his rushing stats rival that of 97 overall Playoffs Hero Reggie White.

To be clear, White still stands above Long in the left end category, boasting better tackling, block shedding, hit power and play recognition, but nevertheless, the current Walter Payton Man of the Year winner should be a respectable item for Eagles theme teams for the rest of the season, should they opt from using the aforementioned deceased legend.

Savvy MUT investors might want to take a look at Long’s NFL Playoffs and Veteran cards, as the former first-round pick figures to be ripe for a Power-Up in the new future, which would benefit Patriots and Rams theme teams, as if they need any more help. 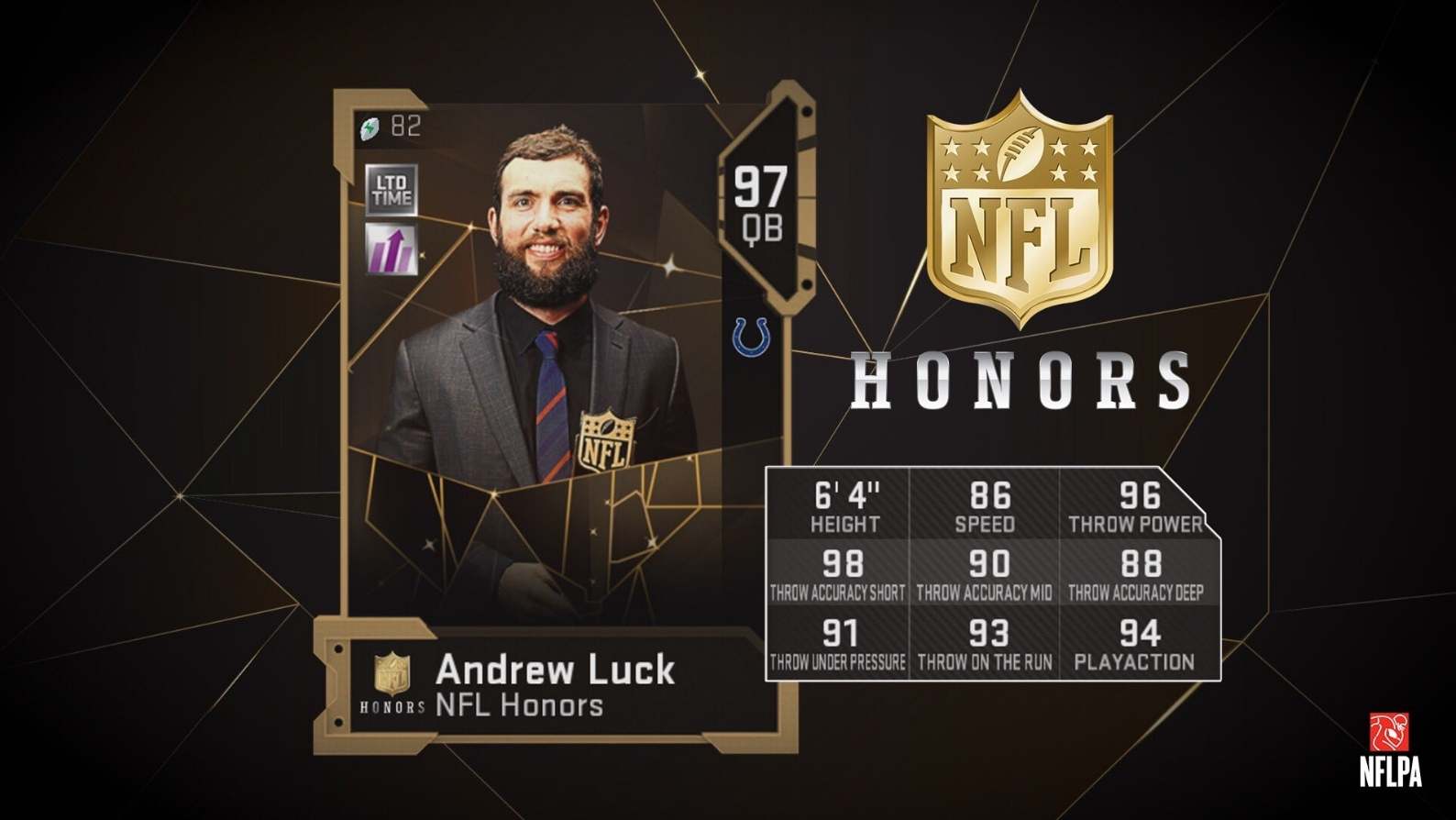 Andrew Luck doesn’t compete with Michael Vick in terms of sheer power, but he’s still got some upside potential.

Luck is essentially a better version of 92 overall Team of the Week Josh Allen, with similar speed and throwing power, but more well-rounded passing stats in other categories.

Unfortunately, Luck, like every other quarterback currently in Madden Ultimate Team, falters in the face of 97 overall Ghosts of Christmas Forever Michael Vick, which has essentially run roughshod on the MUT meta.

The decision to trade six speed points (the difference between Vick and Luck) for marginally better passing stats probably isn’t enough to switch anyone but the most devote Colts fans, particularly for the nearly one-million-coin price tag which comes with the LTD item. 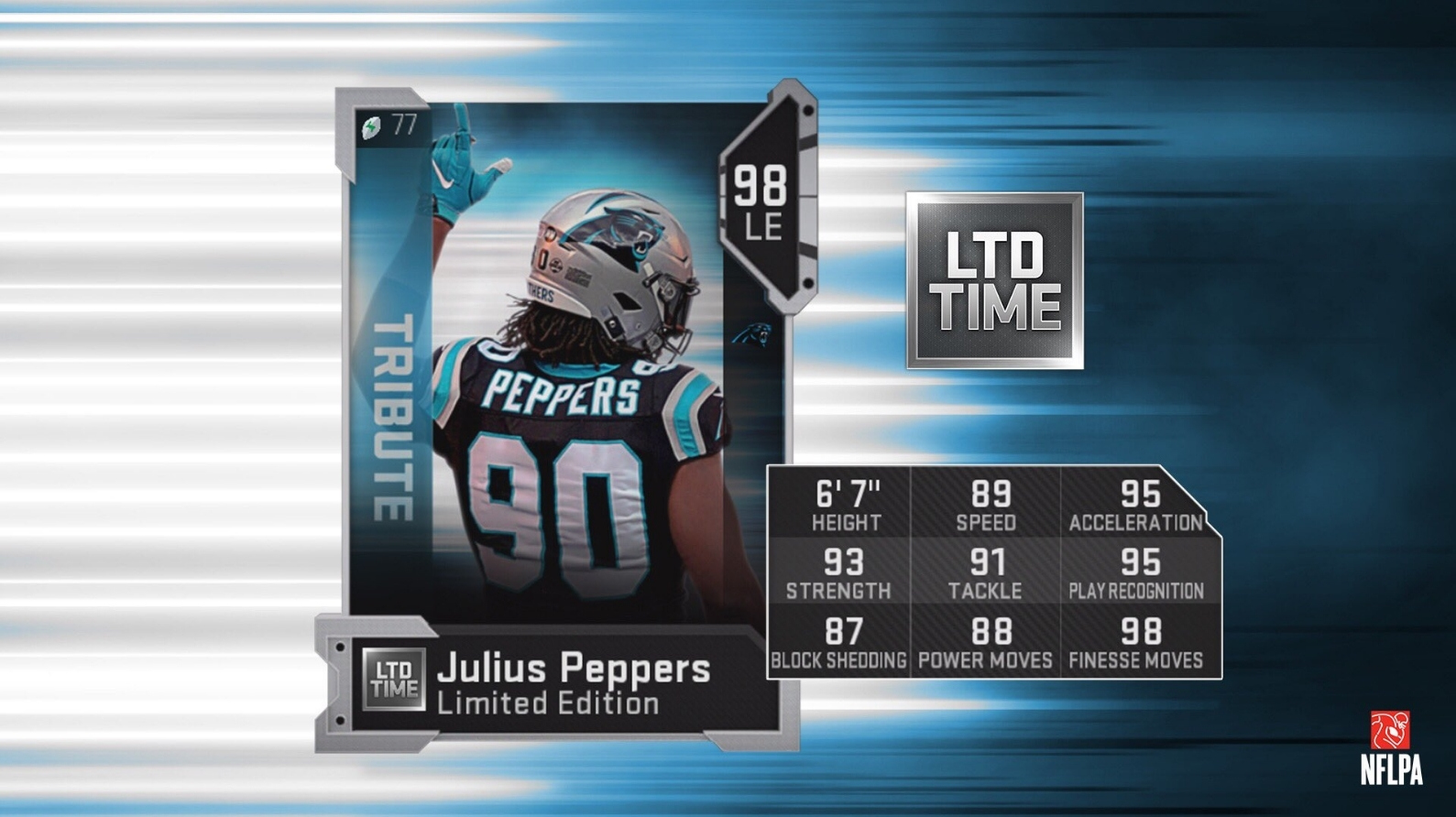 Easily the best LTD card to come out February 6 was in fact not an NFL Honors card, but rather a Career Tribute for Julius Peppers, the standout defensive end who played for the Panthers, Bears, and Packers throughout his 17-year career.

The surefire Hall of Famer is easily one of the best cards in the game currently, blessed with the size (6-foot-7), speed (89) and pass rushing capabilities to be a terrific user or a heat-seeking missile.

It’d be a surprise if Peppers wasn’t one of the most expensive cards throughout the duration of Madden 19, but his recently released Power-Up should help lower the cost for players interested in fitting the former college basketball standout into their lineups.