The latest Ultimate Legends offerings include left outside linebacker Kevin Greene, fullback Mike Alstott, and defensive tackle Bryant Young, with Greene being the only “normal” Legend to receive an upgrade from the group.

In addition to the drop, EA announced a new ruleset for this week’s House Rules head-to-head game mode that seeks to eliminate some prevalent issues that have cropped up with previous versions. 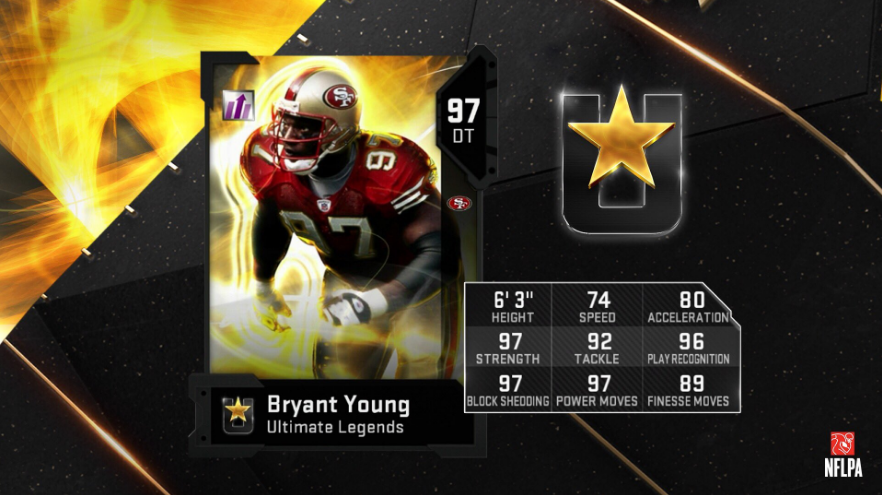 Young really doesn’t have any weaknesses, sporting 97 Blockshed, 97 Power Moves, and 89 Finesse moves, but at this juncture, it would be nice to see a bit more speed for a defensive tackle.

This is especially true when compared to the likes of Night Guardian 94 overall Mean Joe Greene, NFL Playoffs 95 overall Fletcher Cox, or Primetime Performer 95 overall Geno Atkins, who are all noticeably faster and a similar pass rusher in one of the two primary statistics. 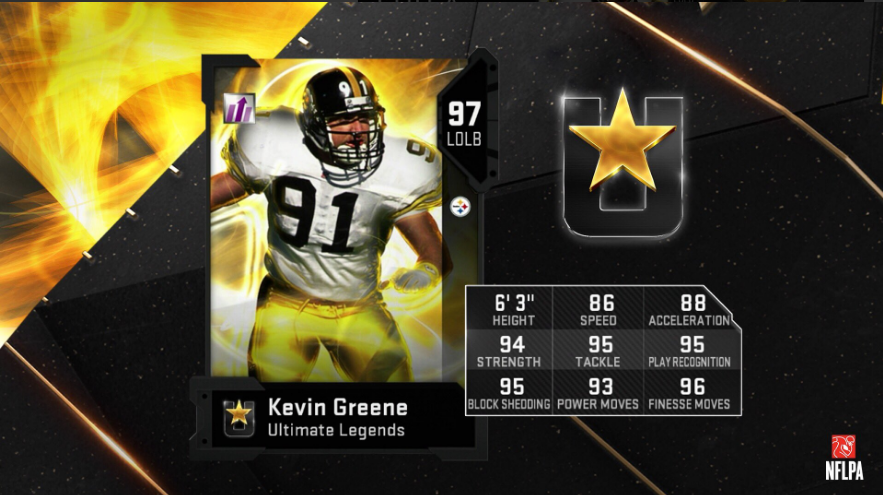 Madden 19 Ultimate Team wasn’t too kind to Kevin Greene with this latest addition.

This is kind of the gripe for every Ultimate Legend released this past week, as Kevin Greene is an altogether atrocity for his overall rating, and will likely be passed over in the coming weeks when better cards come out, if he hasn’t already.

He’s billed as a pass-rushing linebacker, with 86 speed and comparable statistics that should punish the quarterback in the proper scheme. But at this point in the Madden season, most linebackers should be capable of pass rushing and being user threats, shoe-horning Greene into a one-dimensional disappointment. 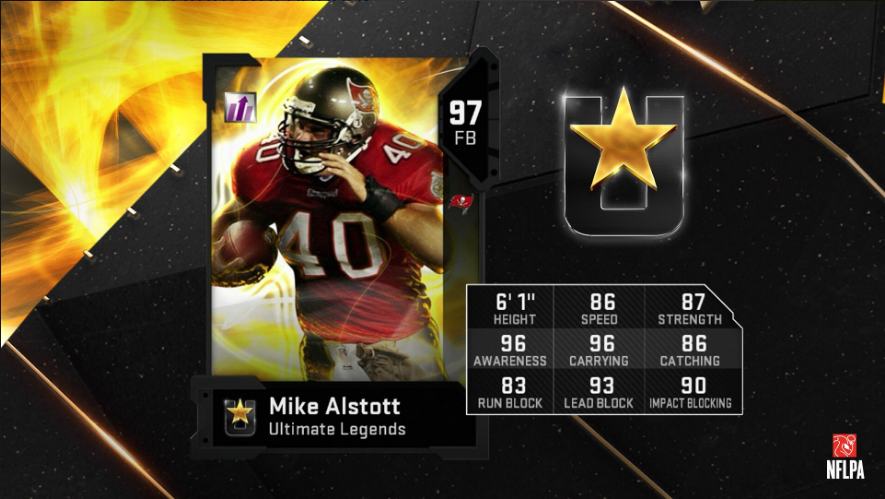 Mike Alstott simply isn’t worth the high price given his stats.

Alstott will attract a nostalgic user base (this author included) thanks to his power-trucking ways during his career in the NFL, but it’s hard to justify spending upwards of 400,000 coins on a fullback, particularly one that is unable to play for a multitude of teams via the Power-Up format, ala Lorenzo Neal, or one that is drastically slower than Franco Harris, who was given out essentially for free during the Super Bowl promo.

There certainly feels like more Ultimate Legends are to come, with EA guaranteeing a normal cadence every Saturday which will yield at least two cards every subsequent week, but for the moment, users should think of these as a way to dip their toes into a program that figures to be high priority for the rest of MUT season.

Speaking of high priority, just under 24 hours remain for the newest entry to the House Rules head-to-head event, which will reward a 94-95 overall NAT Team of the Year player upon going 6-0. 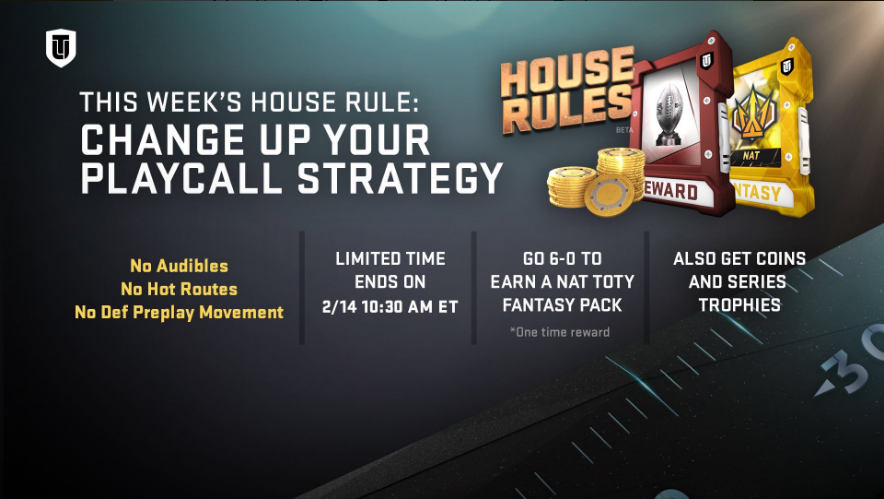 The rules are fairly straightforward, with the two biggest points centering on the offense’s inability to make audibles/hot routes, while users also cannot make pre-snap movements on defense. It’s about the most realistic EA can make Madden at this point, with one fell swoop eliminating the majority of the complaints that have risen to the top when playing a given H2H game.

This ruleset, while fun, could be seen as an admission of fault by the powers that be at EA, as the natural follow-up to this type of conundrum would simply be to fix the types of issues that have caused a stale and frustrating H2H meta, instead of simply dropping a limited-time game mode that outright removes all the issues.

We’ll choose to view this with a glass-half-full mentality and treat this for what it is – a beta test that could incorporate new and innovative game modes into future iterations of Madden. If the developers are truly unable to fix the broken mechanics of the game, having an option available that simply disables it might be an oasis for users who’ve become lost in the deserts of Gun Bunch Pat Sail in recent months.