An absolutely classic series between European favorites G2 Esports and Korean juggernauts SK Telecom T1 was one for the ages, as the semifinal series at League of Legends Worlds 2019 crushed the Fortnite World Cup in match viewership records.

It wouldn’t be Worlds if some world records weren’t broken. At the semifinals for Worlds 2019 in Madrid, Spain, the hometown European squad from G2 took on the LoL god himself ‘Faker’ and the SK Telecom T1 roster.

According to the numbers from Esports Charts, this match between the two teams has shattered the record for the highest peak concurrent viewers in any esports match not including China, coming up just short of 4 million concurrent viewers across the YouTube and Twitch platforms. 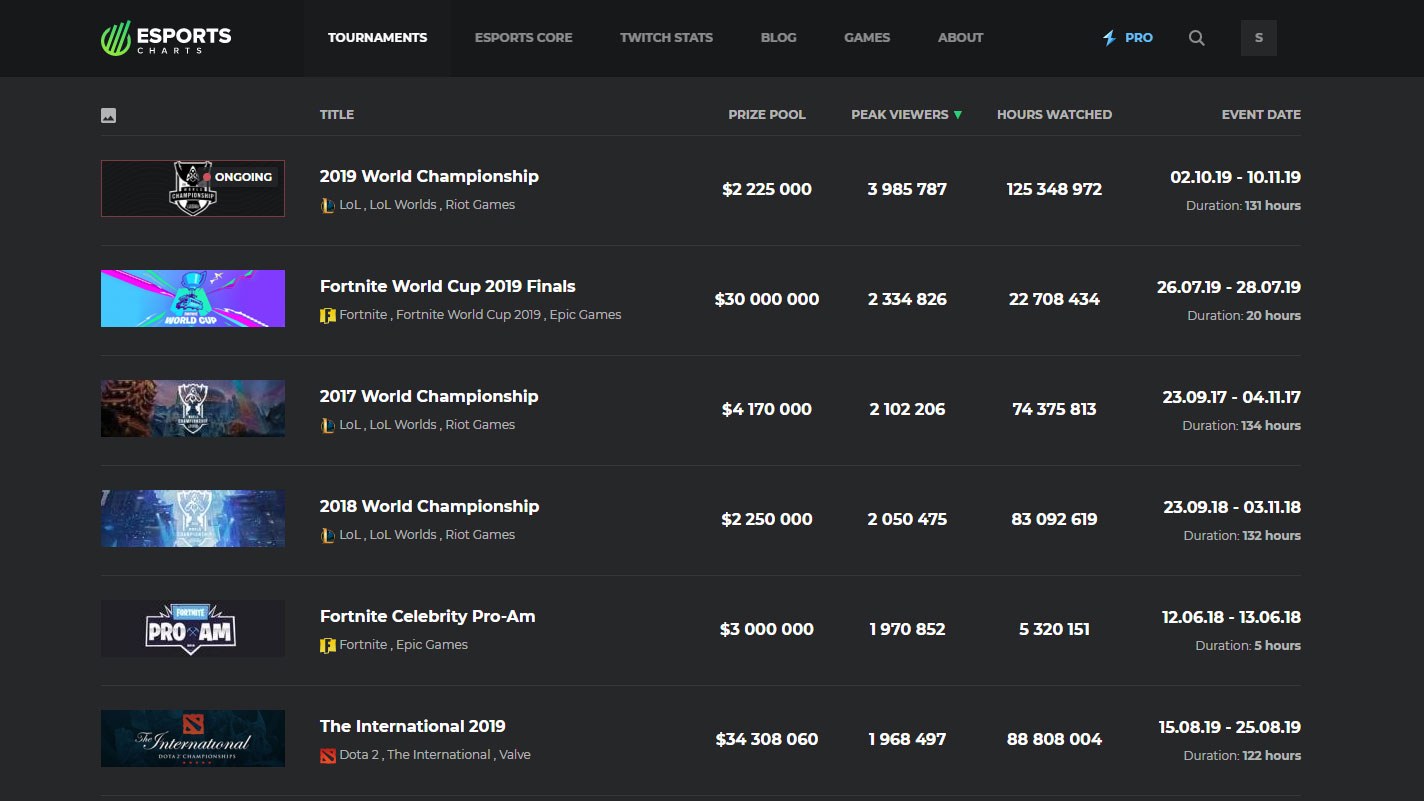 Despite coming up just short of the 4 million mark, the G2 Esports vs SKT semifinal absolutely crushed the previous record set by the Fortnite World Cup this past summer, when the final rounds of the Solo competition hit a peak of around 2.3 million viewers. Sentinels’ player Kyle ‘Bugha’ Giersdorf ended up winning the solo World Cup.

The 2019 iteration of the League of Legends World Championships has set another record as well, with the most hours watched across an entire esports tournament. With still the grand finals still yet to be played, the event is sitting on a whopping 125 million hours watched, with the second closest being this year’s Dota 2 International, with over 88 million hours watched.

This year’s LoL Worlds event actually already had a match break the peak viewer record, when SK Telecom T1 faced Splyce in the quarterfinals, their peak went over 2.5 million viewers. Other matches in the playoffs like G2 vs DAMWON and Invictus vs FunPlus Phoenix eclipsed two million viewers as well. 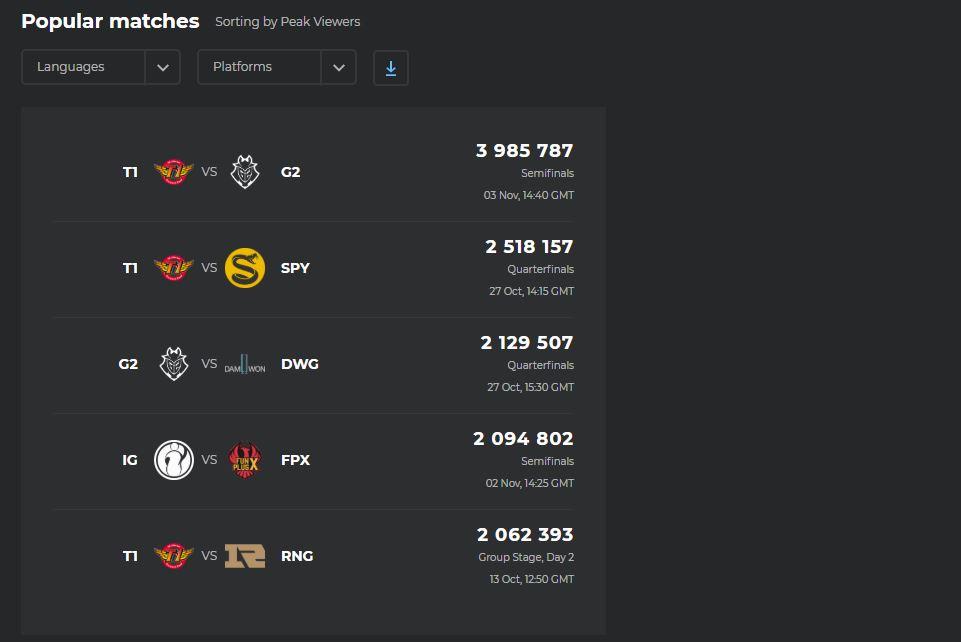 But G2 Esports and SK Telecom T1 absolutely trounced all the other matches from this year’s Worlds with its viewership performance.

Not very surprising though if you consider the formula. Two incredibly talented and popular teams from two huge markets. The semifinals of what is now the most-viewed single esports event ever in terms of total hours watched.

And with its European location and start time, it was at a time that was reasonably watchable for all of the game’s major markets, especially the two with teams representing them.

G2 ended up winning the series itself, to the delight of the European crowd. They will now face FunPlus Phoenix in the grand finals on November 10, in Paris, France.