Thorin’s Esports History: ROX vs. SKT was the LoL generation’s YellOw vs. BoxeR

League of Legends’ biggest rivalry in the last few years summons up memories of the match-up which defined early Korean StarCraft competition.

On the 29th of October 2016, ROX Tigers were beaten by SK Telecom T1 in the semi-final of the Season 6 World Championship. The match was instantly heralded as a future classic and contender for best series ever played.

ROX were the reigning LCK champions at the time and many felt this was their time to overcome their nemesis and add a World Championship to their resumes, with desk analysts PapaSmithy and Deficio both picking them to win. 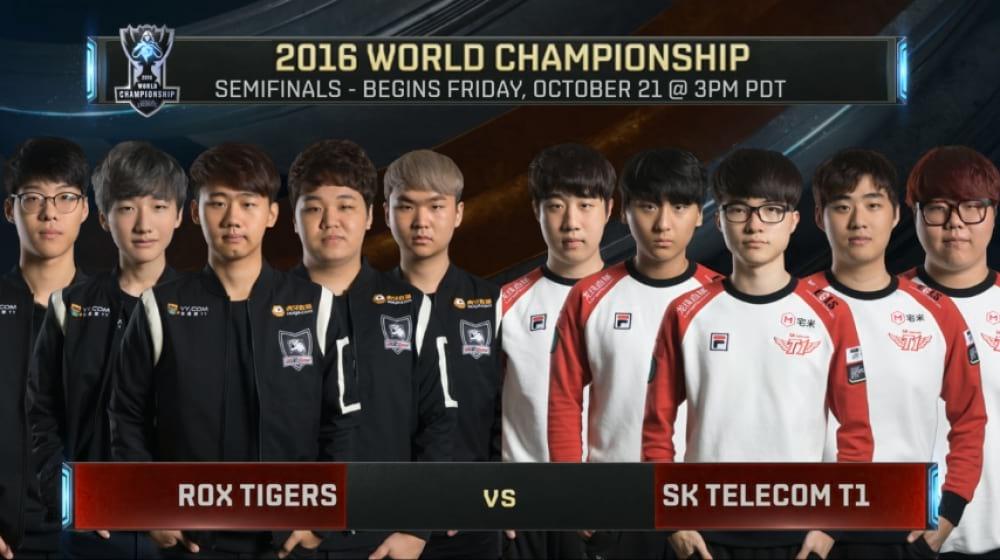 Instead, SKT prevailed again, as they did in all the most important matches against ROX, and would go on to win their third World Championship title as an organisation.

More casual observers are likely unaware this was not even the last match of those two cores against each other, as ROX defeated SKT in the semi-final of the KeSPA Cup back in Korea weeks after Worlds. It didn’t matter on the larger scale of history and so the rivalry is rightly remembered as one-sided in SKT’s favour. SKT are history’s greatest core and ROX were the strong contenders who couldn’t break through when it mattered.

What League of Legends fans might not be aware of are the parallels between two other great names in Korean esports history, one also playing for SK Telecom, and their epic battles which were defined by a similar perception of one side always besting the other when it mattered.  I’m referring to the legendary StarCraft: Brood War “Lim-Jin-Rok” rivalry of Zerg player Hong “YellOW” Jin-Ho and Terran player Lim “BoxeR” Yo Hwan. BoxeR too was, initially, the greatest champion of his generation, while YellOw stood as a consistently elite rival and yet was unable to win in practically all of the most important matches they played against each other. 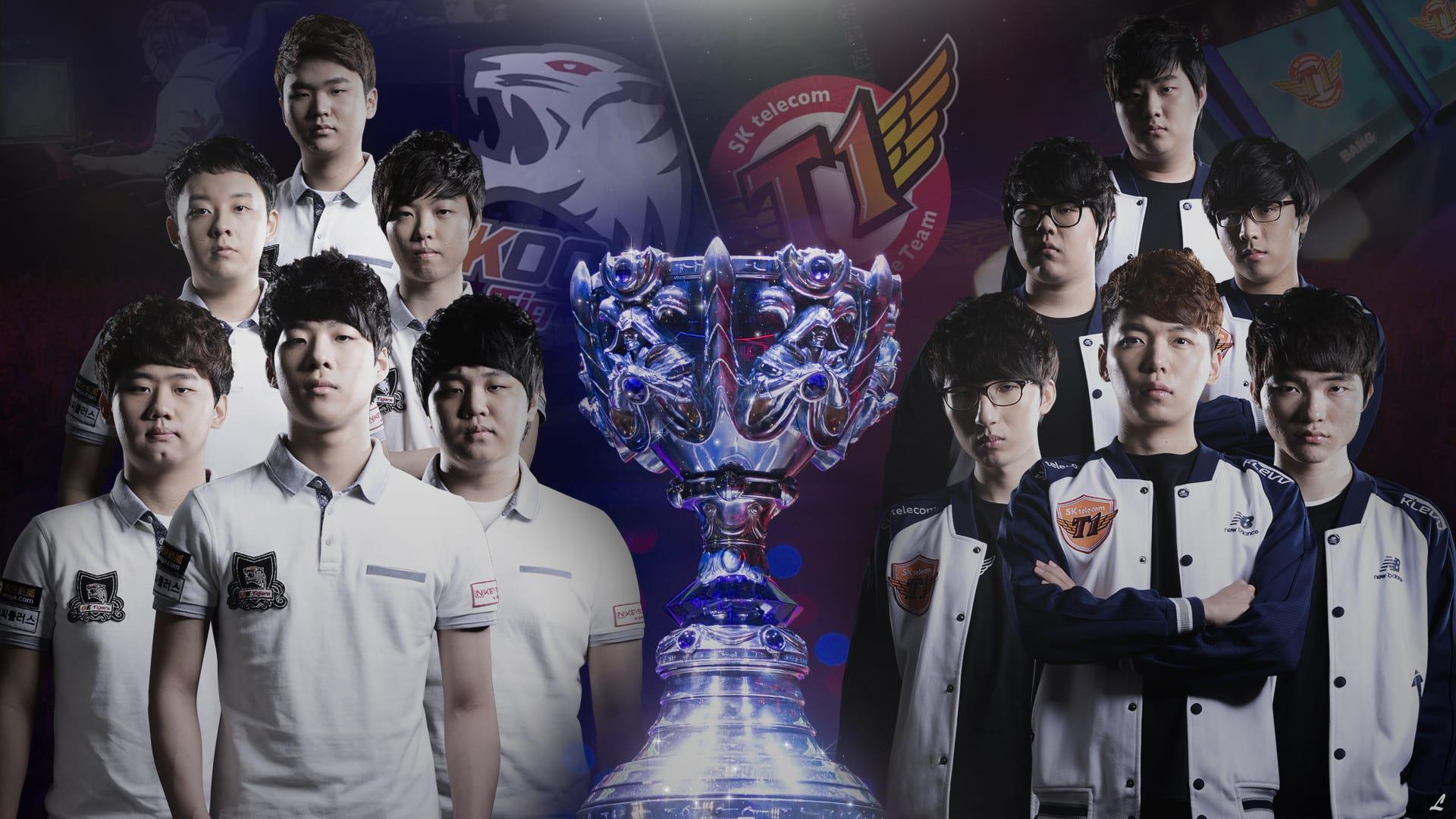 One-sided when it mattered most

Note: For the sake of brevity, I will refer to all iterations of this core of ROX Tigers as ROX Tigers; as opposed to HUYA, GE/KOO, as they were called previously.

The ROX Tiger core (Smeb, PraY, kurO and GorillA) first met SKT’s (bengi, Faker, bang and Wolf) in a match with historical implications when the two faced off in the Season 5 LCK Spring final, the first ever LCK final after the league had switched over from the OGN Champions tournament format. SKT easily swept the series 3:0. At Worlds that year, with SKT boasting both LCK titles for Season 5, the two would again meet in the final, with the World Championship title on the line. SKT suffered their only lost game of the tournament here, but still were more than strong enough to win 3:1.

Despite adding Jungle star prospect Peanut to their roster, Season 6 was more of the same for ROX, as again the played SKT in the LCK final, again for the Spring split, only to again lose, this time 1:3. ROX would win the following split’s LCK title, but without facing SKT in the play-offs, and head into Worlds as the number one seed from Korea. This time the teams met not in the final but the semi-final. An epic and finally close series unfolded, with ROX leading 2:1 and very nearly winning 3:1, only to be denied a second straight Worlds final by bengi’s first ever official game on Nidalee. SKT won the fifth game, as they were famous for doing in high-pressure matches, and went on to the final and another World Championship.

More than 13 years before ROX and SKT met in that S5 Spring final, BoxeR and YellOw began their war for big Brood War championships. The two arrived at the final of the 2001 Coca Cola OnGameNet StarLeague (OSL) and played out a monstrous five-game series which BoxeR took in the deciding fifth game.  Seven months later, they would rematch in the KPGA 1st Tour final, the predecessor tournament the MBCgame StarCraft League (MSL), and BoxeR won again, this time in four games. Just under seven months on, at the 2002 World Cyber Games, BoxeR defeated YellOw in the upper bracket round of 16 (Ro16), only to see YellOw battle back through the lower bracket and meet him in another final.  BoxeR proceeded to sweep the series and repeat as WCG champion.

Two years passed from that point, with the two making deep runs and finals, but missing matching up with each other on many occasions. In November of 2004, YellOw again met his nemesis, this time in the semi-final of the EVER OSL. This would be the now infamous triple bunker rush series, with BoxeR cheesing his way to a 3:0 sweep.

Unlike ROX, YellOW did have one moment of satisfying victory over his rival in a significant match. He defeated BoxeR in late May of 2002, a month and a few weeks after his KPGA 1st Tour finals defeat, taking down the Emperor of Terran 2:1 in the quarter-final of the KPGA 2nd Tour. YellOw did not go on to win the title and thus could not ultimately profit from finally beating his key rival when it mattered. 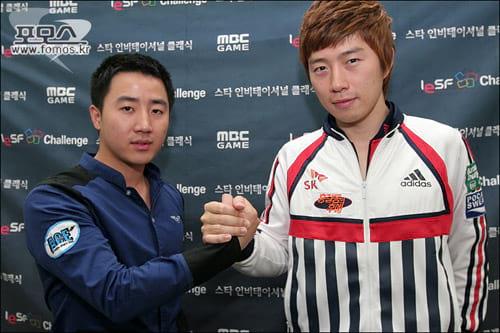 The forgotten side of the rivalry

Another parallel between ROX and YellOW was that they were both capable of beating their rival and did, but practically never in the most important moments.  ROX won 2:1 over SKT in week 6 of S5 Spring and week 3 of S5 Summer. The following year they won late in the Summer split 2:0. As alluded to in the opening paragraphs, ROX even won the last match-up the two played, beating SKT in the semi-final of the 2016 KeSPA Cup. Alas, that was a tournament famously inconsequential, as such often seeing SKT upset, and saw a bizarre roster change, with kurO, who famously struggled against SKT counter-part Faker, replaced by Cry. Cry is better known today as Zet and went on to role-swap to ADC and play for EDG, until eventually being replaced by iBoy.

YellOw too could best his most famous foe.  In the 2002 GhemTV Gosu Invitational he felled his traditional Terran foil in the quarter-finals 2:0, a month after losing the WCG final.  The tournament was a side competition, though, in contrast to the more prestigious OSL and KPGA Tour/MSL. Similarly, a victory from YellOw over BoxeR in the group stage of the Panasonic OSL helped put BoxeR out of the tournament, eventually.  Coming three weeks after the GhemTV result, it was yet a nice win, but not in the playoffs and thus comparable to ROX’s victories in the round robin portion of LCK splits.

Almost three months later, YellOW kept his form up against his SKT foe, slaying BoxeR 3:1 to win the KTEC KPGA Winners Championship. This was another tournament not considered a central part of the lineage of OSL and MSLs. In January of 2005, almost four months after the humiliating triple bunker rush semi-final loss in the EVER OSL, YellOw beat BoxeR in the IOPS OSL Ro16 group stage. 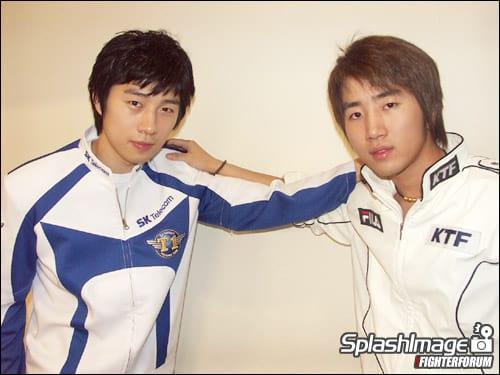 A key distinction worth making between ROX and YellOW is that they each accomplished a feat the other was unable to. ROX were able to win a notable big domestic championship, taking down the S6 Summer title, while YellOw made numerous finals of similar stature and never secured a crown, no matter the opponent. YellOw’s feat of beating BoxeR in the KPGA 2nd Tour quarter-final saw him taking a win in an important phase of a big tournament, where ROX never beat SKT in any of the LCK or Worlds play-off series the two contested.

Another detail of note is that the overall rivalry between BoxeR and YellOw was ultimately much closer than SKT and ROX. Throughout their careers, BoxeR and YellOW split games, with YellOw even enjoying a run of eight map wins in 10 played from 2002-10-27 to 2003-04-27. Their final map recorded ended at 31 wins for YellOw and 33 for BoxeR. ROX could only show a far more lackluster 12 game wins to SKT’s 26. Even removing a S5 preseason 2:0 win for SKT only brings ROX within 12 games of their foes. 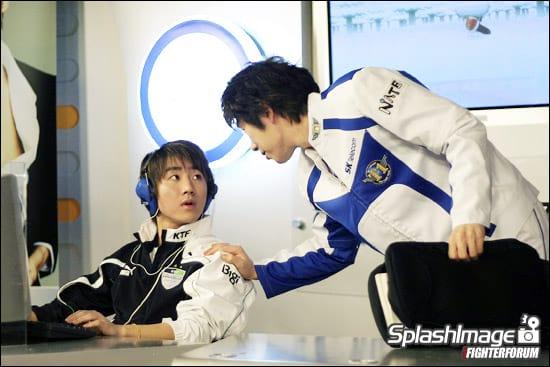 Both ROX and YellOW were clearly individuals affected by the pressure of the big moment. Their victories in less meaningful matches show they had the ability and skill-sets to defeat their rivals, just not when the added dimension of the spotlight was upon them and thoughts of the championship perhaps floating around in the back of their heads.

This difficulty performing at a peak level under pressure or bringing out big victories in the clutch can be seen by both also suffering key losses to other opponents. ROX inexplicably were reverse swept 2:1 by a WE team with no expectations at the IEM IX World Championship in early 2015, when the Koreans led the LCK standings and thus were considered the defacto world number one team.

YellOw lost big finals and semi-finals to many other great players, ensuring it was not only BoxeR preventing him from putting a meaningful trophy on his mantle-piece. 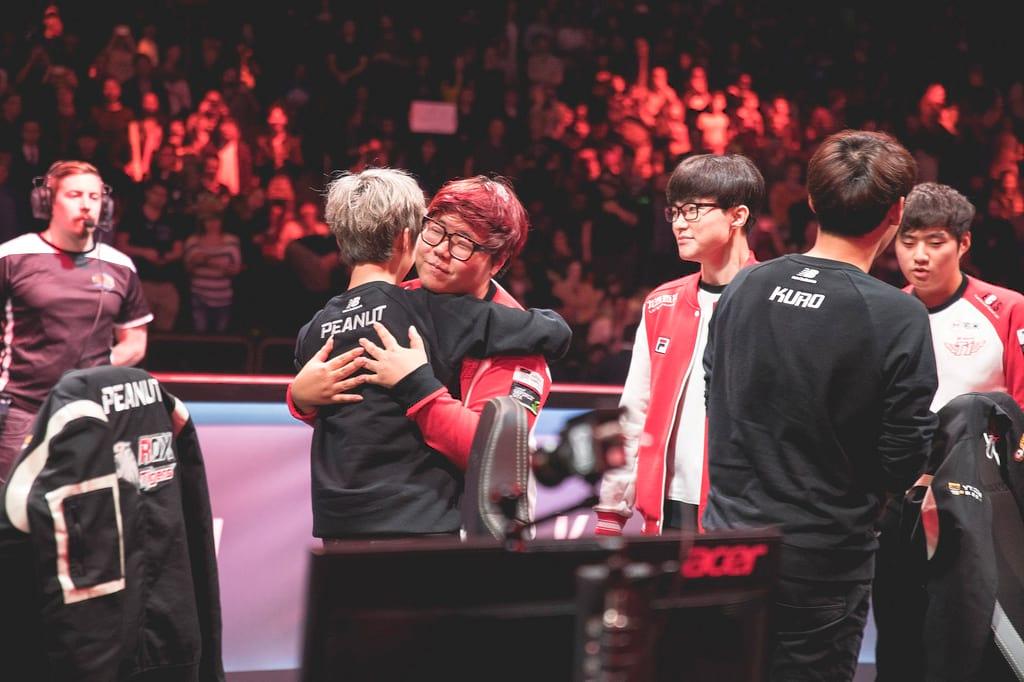 What is and what could have been

With these figures elite competitors of their day and so often battling for supremacy, with one party famously securing it on almost all occasions, it’s easy to see how different the careers of ROX and YellOw would have been had they been able to defeat their rival.

ROX would have, at a minimum, have won two more LCK titles, a World Championship and reached a second World Championship final. YellOw would have an OSL title, a KPGA Tour title, a WCG title and have made another OSL final. Both would have shot much further up the list of all-time great players, with much healthier resumes to pit against history’s finest. Instead, both are defined by their unsuccessful rivalries against their primary rivals.

That those rivals are themselves the defining champions of specific periods of history and famed for their keen ability to perform under pressure and win in the clutch is both logical and thematically satisfying. These opponents would punish our would-be-champions in key areas of weakness and thus were routinely able to deny them the highest accolades.